Why The Whiskybase Gathering Should Be On Your Bucket List

The Whiskybase Gathering should be on the bucket list of every whisky enthusiast. In this blog post I’m going to tell you why…

But before I do, I want to turn your attention to Scotchwhisky.com. I’ve written about the Whiskybase Gathering for them in previous years, but obviously that wasn’t a possibility this year. The closing of Scotchwhisky.com saddens me greatly and is a big blow to whisky writing. Some of the most informative, entertaining, insightful and best articles on whisky were published on Scotchwhisky.com. It also was a great resource for industry news. Dave Broom, Becky Paskin and Richard Woodard couldn’t have done a better job. I’m proud to have played a small part in the Scotchwhisky.com saga — and still hold out a sliver of hope for a new start in some form or other.

Onto the Whiskybase Gathering…

From the moment the first ever Whiskybase Gathering was announced in 2016, this festival has grown and grown — and caught the attention of many in the whisky world. Granted, I’ve never visited The Whisky Fair in Limburg or Lindores in Belgium, both known for their incredible display of old and rare whisky, but from the moment I first walked into the Maassilo in Rotterdam three years ago, I knew that — if it wasn’t already — the Whiskybase Gathering sure had the potential to join those ranks.

With the fourth edition now in the bag, I have no problem stating that the Whiskybase Gathering actually is the best whisky festival in the world. I mean, maybe I should add ‘arguably’ to the previous sentence, because I’ve not visited every festival in the world (nobody has), so I could never say for sure. Even still, I really want to. Okay, let’s do it:

“The Whiskybase Gathering is THE Best”

There you go, I did it. It really is. Unequivocally. No joke. Many others will back me up.

I doubt there are any readers of this blog not yet familiar with the Whiskybase Gathering, let alone Whiskybase. But just in case, Whiskybase is an online database of well over 130.000 whiskies (and counting). It was founded in The Netherlands in 2007 by Menno Bijmolt, who was joined not long after by Cees-Jan van Dijk. A few years ago Dirk Henst became the third co-owner. Since its first inception, Whiskybase has grown into something that I don’t think could’ve been foreseen twelve years ago. It’s a very strong brand — they’ve their own store in Rotterdam, a successful online shop that ships all over the world, their own independent label called Archives, and of course the Whiskybase Gathering. 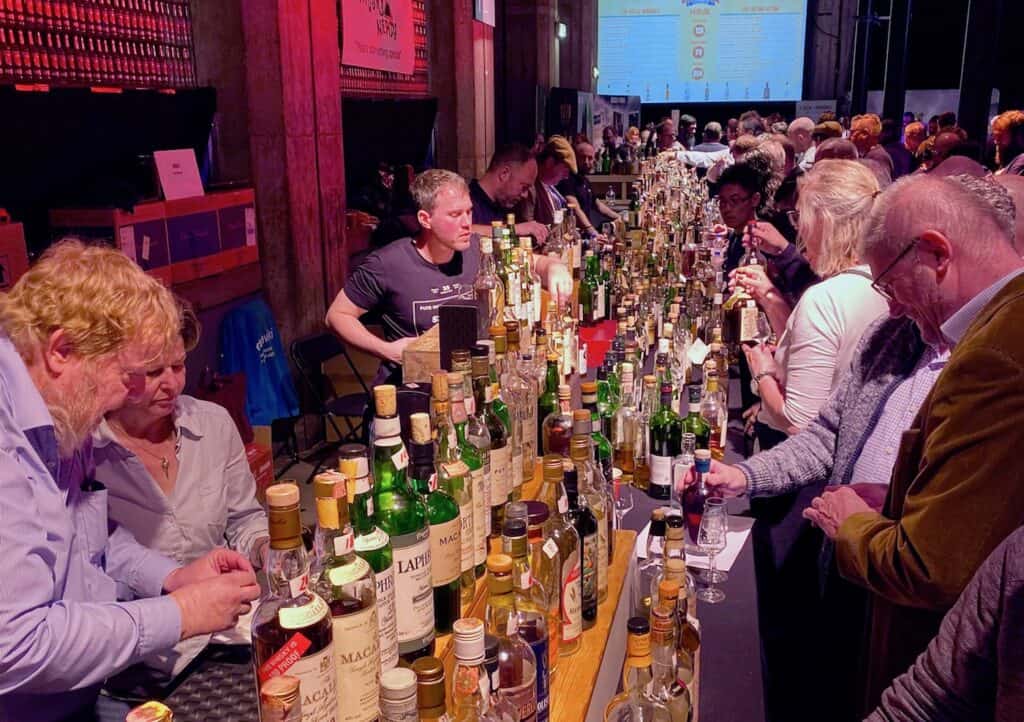 The Whiskybase Gathering is a two-day whisky festival, the most recent edition held just this past weekend on 19/20 October. If you’re traveling from far you can join a Whisky Dinner on Friday evening (check out Malts write-up of last year’s dinner), followed by what already has become a legendary ‘Bring Your Own’ event, turning it into a three-day event. There’s tickets for a maximum of 1,000 visitors each festival day, so it’s not a small gathering, but far from a big one either. There’s a lot of room in the venue, ensuring (almost) no wait times at the exhibitors’ tables, especially on Sunday, when the event traditionally is a bit quieter.

What sets the Whiskybase Gathering apart from most other whisky festivals around the world, is that it’s not an industry event. I loved The Whisky Show when I attended last year in London, but it is markedly different from the Gathering. Distilleries are fighting for your attention, spending big money on their booths, sometimes trying to lure you in not with their liquid, but rather with fancy branding.

There’s none of that going on at the Gathering, sometimes to the dismay of the few distilleries and importers that actually do make the effort to be a part of the Gathering. It’s just that they have to compete with private collectors and their vast cumulation of old and rare whiskies. There’s the WhiskyNerds, of which I’ve reviewed quite a few bottlings. But also Angus MacRaild, who knows more about old bottlings than probably all of my readers combined. Or Jeroen Koetsier, Michiel Wigman, Enrico Gaddoni, Henri van der Ree, the Maltstock people, Geert Bero, Billy van Gysel, and many more. You might not have heard of all of these people, but their collections speak for themselves.

It’s hard to comprehend the sheer amount of ancient whiskies you can taste at the Whiskybase Gathering. I’ve been to all four editions of the Gathering, so I’ve tried my fair share of impressive bottlings. I don’t remember them all and I don’t take pictures of everything I taste, but this year alone a Talisker 1952, Glenfiddich 1961, Macallan 1989, Bowmore 1993 (legendary vintage) and Old Pulteney 1974 tickled my taste buds, as well as the inaugural release from Bimber distillery. Even still, those were far from the most impressive whiskies available, but you know, there’s only so much I’m willing to spend, and it’s not 200 euro for 1cl of Black Bowmore Edition 1. But you could if you want to!

There’s more than old and rare whisky though. Much more. You don’t have to spend big to taste lots of good stuff — although if there’s any event worth saving up for, this is it. But at almost every booth there’s interesting older bottles and newer or even current releases ranging anywhere from 2 to 10 euros. And this year the people from Waterford Distillery flew in from Ireland to showcase their mesmerising and extremely interesting ‘not quite whisky yet’.

There’s a few free drams as well, although that’s not where the emphasis lies. Probably for the best: the Whiskybase Gathering is about quality not quantity, and certainly not about people looking to get drunk for a fixed price. 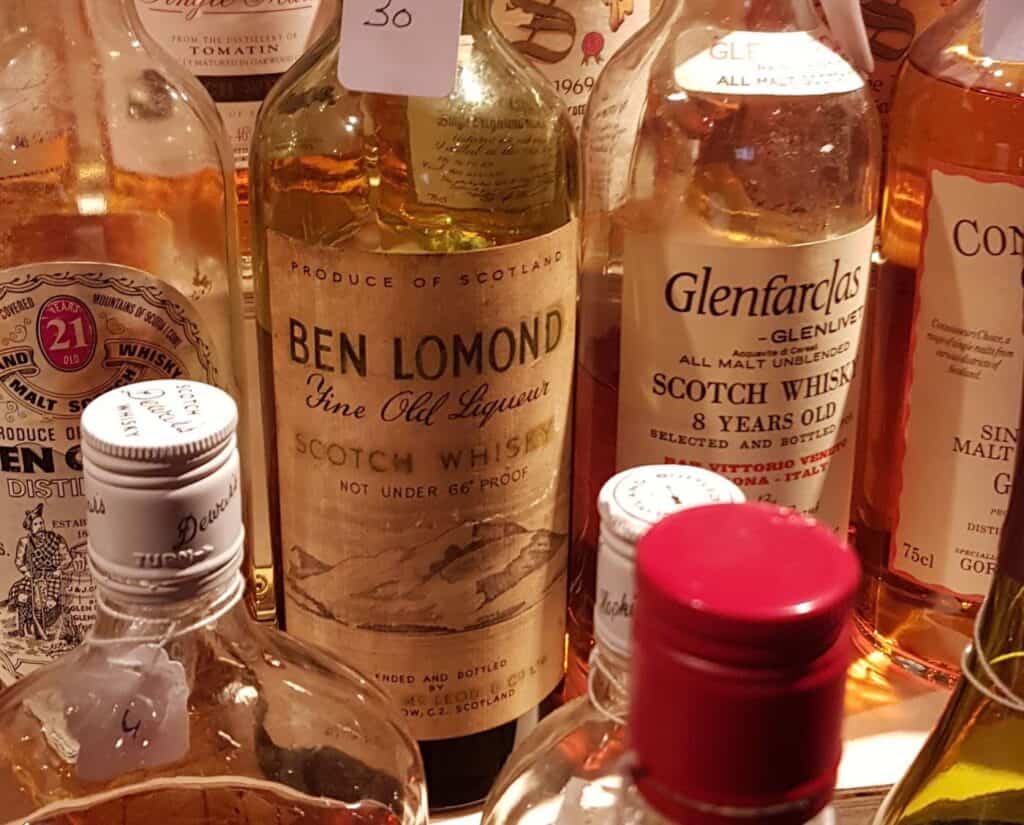 Having mentioned all of the above, this festival is not actually about whisky though. It isn’t to me at least. And that’s the reason why it should be on your bucket list.

There’s this term… ‘whisky fabric‘. It originated as #whiskyfabric on Twitter. It’s used to describe a sense of community amongst whisky enthusiasts. As with everything, once it’s adopted by a big group of people it loses some of its power. Just think of how cringeworthy the term ‘craft’ has become. I have a similar feeling whenever I see someone invoke #whiskyfabric. And yet, that’s what I’m about to do.

Because if the Whiskybase Gathering is anything, it’s the embodiment of that hashtag. It is the whisky community at its best. People from all over the world with different backgrounds (and most likely very different views) come together for what feels like one big whisky hug. I am the proud owner of a resting bitch face, but you wouldn’t have known it had you first met me during the Whiskybase Gathering. It’s a joyous few days with everyone on their best behaviour, including me. I smiled. A lot. And not because of a light buzz.

I’ve shared drams with friends and acquaintances — old and new — from Australia, Germany, Switzerland, Wales, Scotland, the Netherlands, Denmark, Russia, America and many more places. I even have a standing invitation to come visit Odessa in the Ukraine. Also, a special shoutout to Nathaniel, with whom I traveled to Rotterdam and had a great time. Could not have wished for a better drinking buddy.

What this blog post basically comes down to, is a very comprehensive way of saying that there’s good people attending the Whiskybase Gathering. And there’s room for a few more in our whisky-fumed group hug. So join me next year if you can. I’m already looking forward to it! 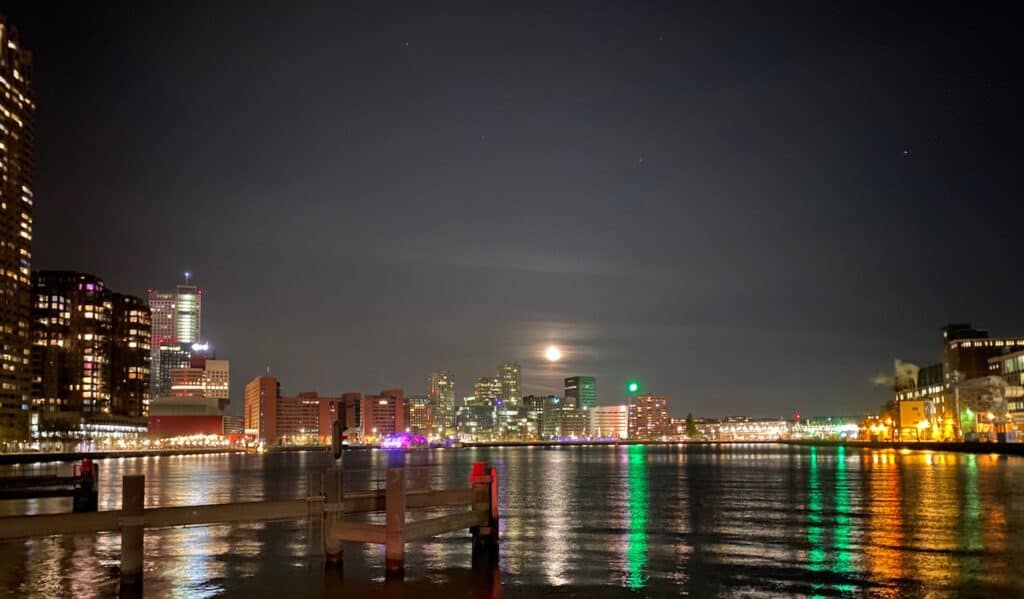