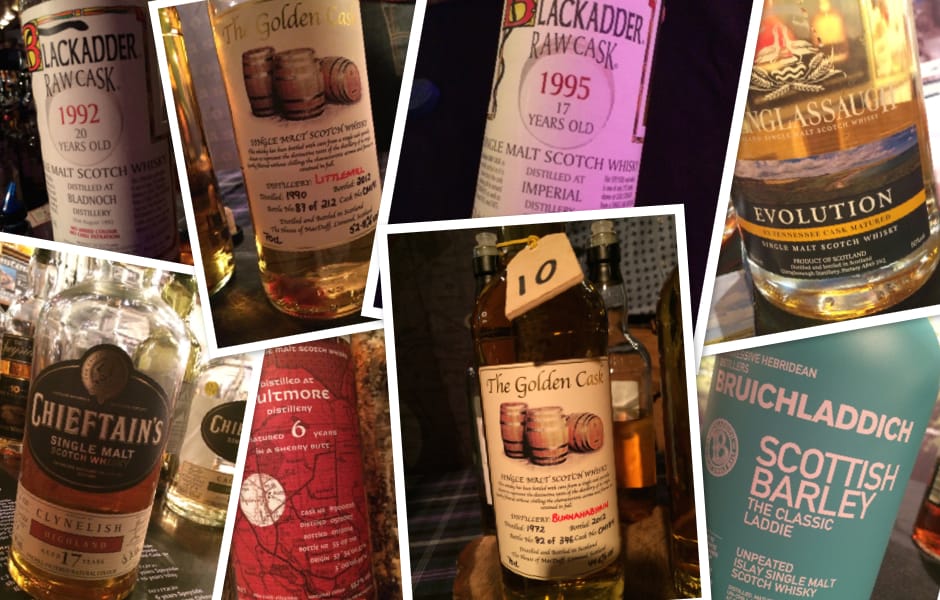 A whisky festival in the stadium of my team’s rivals? I should hate it, but I actually liked it a lot. The first edition of Whisky Weekend Twente (a sort of reincarnation of Whisky Fair Twente) started last night. There were a couple of hundred visitors and plenty of whiskies to choose from. Independent bottlers like Blackadder, Douglas Laing, Kintra, Berry Brothers, Samaroli and the Creative Whisky Company were all represented. The venue was the Polman Stadium, home of football club Heracles. Normally not the place to be for a FC Twente-supporter. But what the hell: if there’s good whisky, count me in.

It was a well-organized evening, although if there’s a point of criticism, it’s the extra you had to pay for some whiskies. I don’t mind paying a bit extra for more special stuff, but if I visit a whisky festival, I don’t expect to have to pay extra for a Lagavulin 16 or a Glenfarclas 105. So what did I taste? Below are most of the whiskies I had. It wasn’t the place for extensive notes, but I did do a quick rating.

The Imperial was the biggest surprise of the night for me. I’ve had some Imperials before, by Signatory for instance, but didn’t like them all that much. This Blackadder one is worth its money.

A special mention has to go to the distillers from Erve Sculte. They brought their Twentse Whisky, which has not yet been bottled, but will be somewhere in August. Twente is the Dutch region where I live, and this whisky has been made entirely with resources from that region. Even the  casks have been made with oak from Twente. The whisky itself is already mature beyond its age, and has a lot of wood influence. I’ll be happy to get a bottle once it’s available.

Next
A Forty-something Tamdhu, My Oldest Whisky So Far