Westland Distillery from Seattle is a new kid on the block. They started producing whiskey in 2010, and have been making waves in the United States for a couple of years now, but their American single malt whiskey has been getting a stronger foothold in Europe as well.

In Bresser & Timmer they now have an importer for The Netherlands, through which they managed to grab my attention. And now that I’ve tasted their three core expressions, the American Oak, Sherry Wood and Peated Malt, I can proudly proclaim that I’m a convert.

Tasting notes on those three expressions will follow in the next few days. But first I want to give Westland Distillery a proper introduction, because they do some interesting stuff over in the Pacific Northwest of America.

Master distiller of Westland Distillery is Matt Hofmann (27). He is one of those people who at a very early age found his calling. Hofmann distilled his first whiskey when he wasn’t even of legal drinking age. He then studied Brewing and Distilling at the famous Heriot-Watt University in Edinburgh. 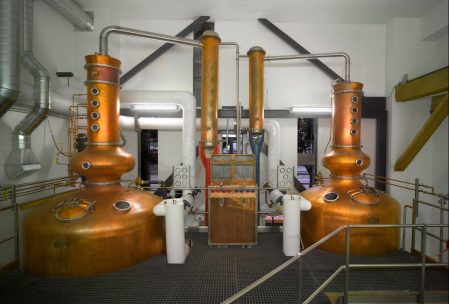 Studying in Scotland obviously had a profound effect on Hofmann, but he isn’t simply copying what Scottish distillers do. His Westland Distillery is the embodiment of a craft distillery, setting out to create a grain-forward whiskey, which’ll highlight the flavours of the malt.

“Each one of these malts adds a slightly different dimension of malt flavor derived from altering the drying procedure”, Hofmann explains on Malt Mileage. “This of course is standard for the beer world when you are making styles like a porter or a stout, but it is rarely done in Scotland. We believe strongly that you should be able to taste the malt in all of our expressions.”

The grain is fermented using a (Belgian) brewer’s yeast, which used to be quite common in Scotland, but that changed when local breweries closed. The switch to other types of yeast was often also made because Scottish distilleries were looking for more efficiency. The brewer’s yeast gives Westland a “citrus, red fruit, and spice element that balances the malt components quite nicely”, according to Hofmann. 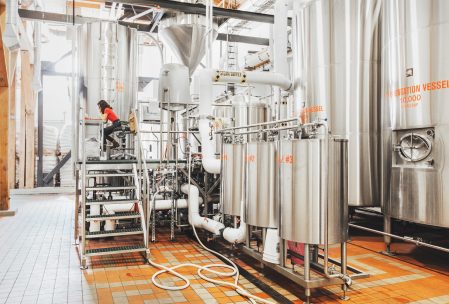 Most incredibly, fermentation times at Westland Distillery are very long. Care to guess? Well, I’d be surprised if you guessed right, because 144 hours is (to me at least) almost unheard of.

Different types of casks are used at Westland Distillery. And again, no half measures are taken. A percentage of the casks are new American oak casks. But to ensure the cask doesn’t outshine the spirit, they fill exclusively into slow-grown, air-dried (minimum of 18 months) oak. According to Hofmann this gives them less bitter and resinous flavours. The sherry casks are also carefully sourced, you’ll read more about that when I post my notes on the Sherry Wood expression.

Westland Distillery can certainly be seen as a sort of new world whiskey producer. Think of Amrut (India) or Kavalan (Taiwan). But their is a big difference. Because both those whiskies come from warm climates, ensuring they reach a certain maturity a lot quicker than their colder climate counterparts. 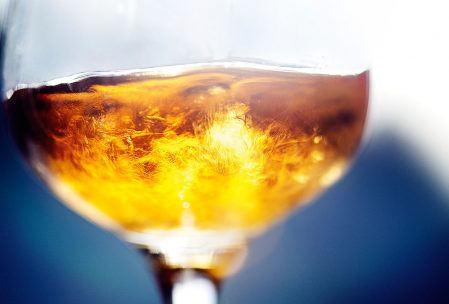 The climate in Seattle certainly has more similarities to Scotland than it does to India or Taiwan. Lots of rain and very moderate temperatures. So maturation of Westland whiskey isn’t accelerated like it is in warmer climates. Therefor the high quality of their product after just two years of ageing (no minimum age requirement in the U.S., remember?) is all the more remarkable.

Everything at Westland Distillery seems to be done with an incredible amount of care and a lot of respect for the final product. And once you pour some of that spirit into a glass, that respect comes through in the aromas and flavours. I was very impressed upon tasting Westland’s whiskey and can’t wait to see how they progress in years to come. Westland Distillery really is a craft distillery in the truest sense.