It is becoming a recurring theme when I write about Dutch genever, but the Wenneker Oude Proever I’m reviewing today is simply a brand, and no longer a distillery. That’s a shame, as Wenneker used to be a well-known distillery in the historic genever town of Schiedam, and later in Roosendaal.

Wenneker’s history goes all the way back to 1693, when founder Hendrick Steeman received a permit for two pot stills. It wasn’t until 1812 that the Wenneker family actually became involved, when Joannes Wenneker bought the distillery. A few generations later, the Van der Tuijn family stepped in, when it became clear that there was no successor within the Wenneker family.

The Van der Tuijns have been involved ever since, and are still represented on the board. The liquid itself however, is no longer made by the company, but it is outsourced instead. Nevertheless, the brand is exported to over 50 countries.

The Wenneker Oude Proever is a oude genever, meaning it has a malt wine content of at least 15 percent. It is apparently also aged, but the label or website of the company don’t specify for how long.

Nose: Quite peppery, with light whispers of caramel and some warming spices like cardamom. The juniper notes are here, as well as conifers. While this is an Oude Genever, I suspect the malt wine content isn’t very high, as I don’t get a whole lot of graininess.
Taste: Nice oily mouthfeel, syrupy almost. Hints of malt and wheat, as the palate shows more of a grain influence than the nose does. A whiff of orange peel, dark spices, and a few juniper berries thrown in the mix too.
Finish: Slightly sweet, medium in length. Some raspberry in the end.

This is quite nice, although I always like genever better when the malt wine has a little more room to shine. Nevertheless, this is decent stuff. 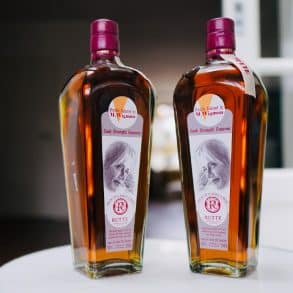 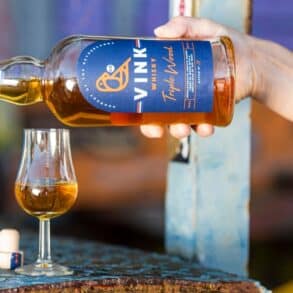