I’ve been away for a while, but I had a good reason for it. I went on an insane sailing trip to the Scottish West Coast Isles. I wrote an article about the whole thing for Dutch magazine Whisky Passion. I’ll translate that for my blog after it’s been published, which could take a couple of months. Until then you’ll just have to do with a couple of reports about distillery trips.

I’m not necessarily going to write my distillery visits in chronological order, but the two distilleries I start with on my blog are also the first two we visited on our trip. Chalk it up to coincidence. I just felt like writing about Springbank and Glengyle. And it only makes sense to combine them into a single blog post. Glengyle and Springbank are two of the three working distilleries (the other being Glen Scotia) in Campbeltown, the former whisky capital of the world. They are owned by J & A Mitchell (also the owners of Cadenhead), and Glengyle is in essence the little (and more modern) brother of Springbank.

The charm of Springbank

Let me start with this: if you have the chance to visit Springbank, do it! It is the most traditional distillery I’ve ever visited, and probably one of the most traditional distilleries in Scotland, period. It just oozes history. Everything inside is old and looks like it could use an upgrade. But that is all part of the charm of visiting Springbank. It also makes it probably not the most efficient distillery in the world, but nobody seems to care. And neither do I, because I love that they do everything the old way.

Our little group of whiskynerds and enthusiasts was welcomed by Cadenhead’s own Grant Macpherson. Normally it isn’t possible to do tours on a Sunday, but luckily Grant made an exception for us. Springbank is situated smack dead in the middle of Campbeltown. Not exactly the prettiest location for a distillery, and from the outside it isn’t a very picturesque building. But as the saying goes: it’s what’s on the inside that counts.

Our tour started on the malting floor, which already shows that Springbank is not your everyday distillery. There are only a handful of distilleries that still have a malting floor. And only Springbank and Kilchoman (as far as I could check) do all the malting themselves. That also means that Springbank still has a working kiln which they use to dry the barley. We all went up a steep and narrow stairway, and then set foot in the kiln. It smelled like whisky heaven in there.

At Springbank they also make two other whisky brands: Hazelburn and Longrow. Of the 120.000 or so liter they produce every year, about 80 percent goes into Springbank. The rest is divided equally among Hazelburn and Longrow. A little info for the true nerd then. Since they produce three different whiskies at Springbank, they also have to dry the malt in three different ways. For the unpeated Hazelburn, it is dried with hot air for 30 hours. For Springbank whisky the malted barley is dried with six hours of peat smoke, and 30 hours of hot air. For the heavier peated Longrow they go all out: 48 hours of drying with peat smoke.

The old Porteus malt mill at Springbank dates back to the 1940’s. After the gristing the mashing cycle at Springbank takes about 10 hours. The fermentation (which is done with 75kg of distillers yeast for every 21.000 liters of wort) is actually a fairly long process at Springbank: a minimum of 72 hours, but sometimes up to about 100 hours. That must one of the longer fermentation periods in Scotland, right?

The distilling of the wash is also a bit different at Springbank. For their signature Springbank whisky they use a 2,5 distillation process. First the wash is distilled to produce low wines (about 20% abv), then the low wines are distilled to produce feints (about 50% abv). So far so good, but this is where it gets tricky. Then part of the low wines from the first distillation is mixed with part of the feints from the second distillation. Together they are distilled a third time. So some of the spirit has been distilled two times, and some three times. Add that together and divide it by two, and you get what? Exactly, a distillation of two and a half times.

(The distillation process for Longrow and Hazelburn is a bit more straight-forward: two and three times, respectively.)

One final cool thing about Springbank before we move on the Glengyle: Grant Macpherson actually opened the spirit safe at Springbank. That was the first time I ever saw that happening at a distillery. Not that it gave me any new insights, I just thought it was cool to see.

I’m going to keep the story about Glengyle pretty short. Glengyle is only a ten year old distillery. It was famously started to ensure the official recognition of Campbeltown as a whisky region. Before Glengyle came about, there were only two distilleries left in Campbeltown. Not enough for the Scotch Whisky Association to warrant the small city being a whisky region. But with Glengyle added to the Campbeltown-mix, they had the same amount of the distilleries as the much bigger Lowland-region. Now the SWA couldn’t deny that Campbeltown was still a proper whisky producing region.

They make Kilkerran whisky at Glengyle, and the process is just about the same as it is anywhere else in Scotland, so I won’t bore you with that. Kilkerran is not yet ‘officially’ on the market, although they do annually release a Work In Progress-series. So far they only produce about 20.000 to 30.000 liters of spirit every year, but the production can be upped to 750.000 liters if they decide to do so.

The two nicest little tidbits about Glengyle have to do with other distilleries. Grant Macpherson used it to illustrate that the whisky industry is competitive, but that distilleries (or the companies behind the distilleries) do help each other out every once in a while. The malt mill is actually a left over one from Craigellachie distillery. But the best thing about Glengyle (except for their whisky, which is outstanding) is that its two stills used to stand in the long-closed Ben Wyvis distillery.

After our visit to Springbank and Glengyle, we headed towards Cadenheads Warehouse #9, for an insane warehouse tasting. But that tasting warrants a blog post all by itself. So you’ll have to wait a bit to read about the Dallas Dhu (among others) that we tasted there. 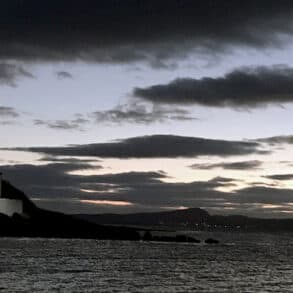 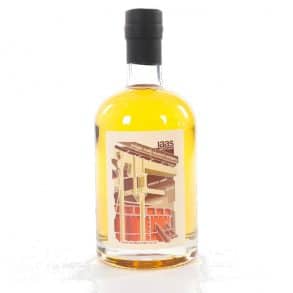 Previous
Glenfarclas 40yo: I Want One!

Next
Out-of-Office: Off to Islay, Campbeltown, Arran and Jura