Moore County in Tennessee is simply gorgeous. Gentle hills, lots of farms, very green. Soothing is a word I’d use to describe this area. But that’s not the reason I visited. Moore County is also where Lynchburg is, the home of Jack Daniel’s.

When arriving in Lynchburg, you immediately notice that Jack Daniel’s Distillery is outfitted for mass tourism. No surprise there, since over a quarter million people visit Jack Daniel’s every year. The visitor center looks fairly new, and if it isn’t, it sure has been well-maintained. Standard tours at the distillery are free, although according to our guide Jason, this might soon be a thing of the past. There’s talk of charging an entrance fee, although it still won’t be much more than a couple of dollars.

TIP!
Make sure to arrive early if you want to see JD-employees at work. Lots of them leave as early as 2.30 pm, turning Jack Daniel’s into essentially a ghost distillery.

You’re taken up a hill by a bus. No, wait… The first thing you do when you walk out of the visitor center, is pose for a picture with the entire tour group. I mean, c’mon! I know the percentage of participators (for instance the people who’ll gladly sing along when a tour guide asks them to) among Americans is pretty high, so taking a picture might be the highlight of the tour for those kinds of people, but not for me. Is this a theme park? Hard no.

Anyway, after the short bus ride to the top of the hill you slowly walk back down to the visitor center. Along the way you usually visit the still house and a rickhouse, two of the main attractions of any distillery. But sadly the still house (and practically the rest of the actual distillery) was closed off for visitors due to maintenance work. And we also weren’t allowed to enter the rickhouse, since it was being remodeled into four luxury tasting rooms. So bad luck for us, but there was still plenty left to see.

The rickyard is the first stop of the tour. This is where they make charcoal from maple ricks, which is later used for filtering the moonshine. The moonshine is filtered through ten feet of charcoal, which is a way of mellowing the whiskey. Gentleman Jack is actually filtered twice. Once before going into the barrel, which is standard practice. But also once after it has matured in barrels. This time however, only through three feet of charcoal. There’s a panel of tasters (of which our guide Jason is apparently a member) and they decide when the charcoal is tired and needs to be replaced. Usually that’s after around six months.

The grounds around the distillery serve as sort of an outdoor museum. It had that feel to me. The rickyard wasn’t being used and looked like something from a bygone era. The limestone spring cave, which is the source for the iron-free, limestone-filtered water used for Jack Daniel’s Whiskey, has a statue of old Jack himself in front of it. And the old offices of Jack Daniel’s are there too. It is actually, sort of, the place where Jack died. Or at least the source of his imminent demise.

In Jack Daniel’s office stood (and still stands) a safe. One morning Jack came in early, wanted to open it, but couldn’t remember the right combination. He kicked the safe out of sheer frustration, and broke his toe. He never told anyone until it was too late. It gave him a nasty infection, resulting in amputation of his left foot. The gangrene continued to spread, and eventually he lost his entire leg. In 1911 he died, age 61, of complications from the gangrene infection.

Sad, I know. So let’s end on a more positive note. All in all I had a positive experience at Jack Daniel’s, even though I didn’t get to see the actual distillery from the inside, or smell the angel’s share in one of the rickhouses. But next year should be an excellent year to visit, as the distillery celebrates its 150th year of existence in 2016. So if you happen to be in the neighbourhood of Lynchburg, be sure to visit. The small town square has some great shops and restaurants, and a distillery visit is certainly worthwhile. 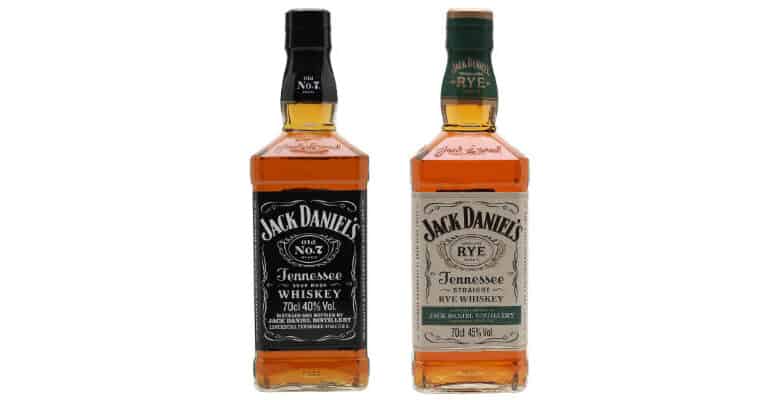