North Star Spirits have been making quite a name for themselves. Led by industry veteran Iain Croucher, they’ve released some stellar whiskies in the past two years. I fondly remember an old Bunnahabhain I tasted a few months ago, for example. However, their biggest splash seems to have been the release of two ancient blended malts.

While earlier this year Croucher released a 40 year old blended malt for a very affordable price, he one-upped himself by bottling an even older whisky. The Vega 1976 41 Year Old is described by North Star Spirits as ‘a sweet and spicy Speyside blended malt Scotch whisky with a touch of Islay’. I do wonder which Islay distillery they’re talking about.

The whisky matured in both Spanish and American oak. Best of all, it retailed for just over 150 pounds. That’s a stellar price for a 41yo whisky, although I guess it all depends on the quality of the liquid. If this is pish, than that’s still quite a lot of money regardless of its age, isn’t it?

Nose: Starting off on the right foot, with aromas of apple sauce, beeswax and honey, as well as tobacco leaves and hints of menthol and aniseed. There’s some subtle forest fruit here too. Finally some damp wood and cloves, with a hint of oregano. Quite delicate.
Taste: Sweet, sugary arrival with a sliver of honey, but there’s room for notes of blueberries and cherries as well, followed by menthol, which is more prominent than it was on the nose. Quite spicy too, and definitely on the edge of being too tannic.
Finish: Spicy and drying, with hints of caramel glazed apple and vanilla sugar.

While quite oak-y, this is top notch stuff. Consider the original retail price, and this is a steal. 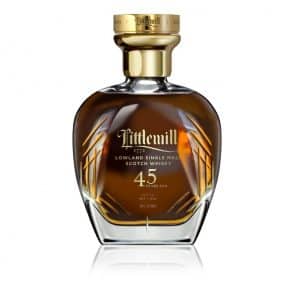 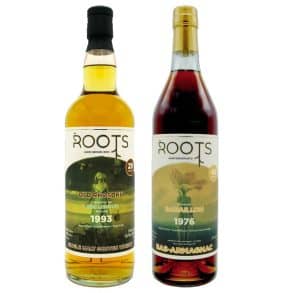