While the history of Amsterdam based Van Wees and Distillery De Ooievaar can be traced back to 1782, its modern history really only starts in the 1970s. That’s when Cees van Wees, father of current distiller Fenny van Wees, decides to focus on craft distilling, instead of also wholesale to businesses. Indeed, back when the term craft really meant something.

Cees van Wees was an imposing figure, as he possessed an immense physical strength. Without much training or technique, he became the Dutch shot-put champion in the 1950s. At the time, he was offered a scholarship to Yale University, but he passed on the opportunity, because the family business needed him. He was also the first ever Dutchman to be invited to participate in the Scottish Highland Games.

Cees had a tendency to rub his colleagues the wrong way. He had high standards, and he felt that most of his fellow distillers didn’t keep to those same standards. It’s difficult to translate some of the things he said, but they weren’t kind, to say the least. And some of the critique was probably fair, as Genever in those days (1990s) was a devalued spirit, more neutral than anything else.

In 1993 Cees was quoted in De Telegraaf (the biggest Dutch newspaper) as follows. This is loosely translated. ‘The buy neutral alcohol in big tanks from factories and blend it water and essences, which they buy from other factories. That’s how they make their genever, gin, whisky, liqueurs and whiskies. […] In their adverts they talk about century old traditions. The only tradition they really have, is that of fraud.’

His daughter Fenny van Wees runs the company nowadays, and she is known to be outspoken as well. Van Wees has a huge assortment of products, ranging from esprits, to liqueurs and genevers. A fairly big amount of their genevers mature in oak casks, with the oldest even being 20 years of age.

De Van Wees 15 Years Old Zeer Oude Genever is not quite their oldest expression, but is of an impressive age nonetheless. It is made with the use of wheat, rye, corn and barley.

Nose: Light citrus (mainly orange zest) and juniper notes go hand in hand with a thin layer of mint and vanilla, while there’s also some soft aromas of fudge and tobacco.
Taste: The palate is very vegetal and herbacious, with hints of tobacco and menthol, as well oak and grass.
Finish: Lingering on black licorice, but becomes fruitier after a while.

At fifteen years of age, the oak has left a surprising amount of room for the botanicals to shine as well. Great interplay between cask and spirit. 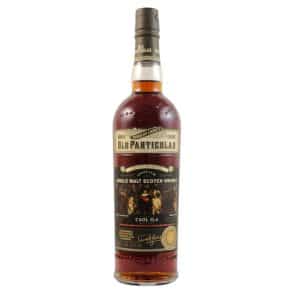 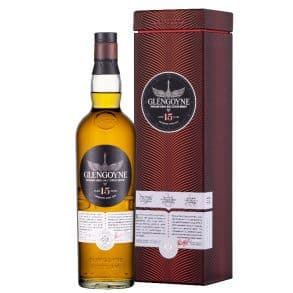