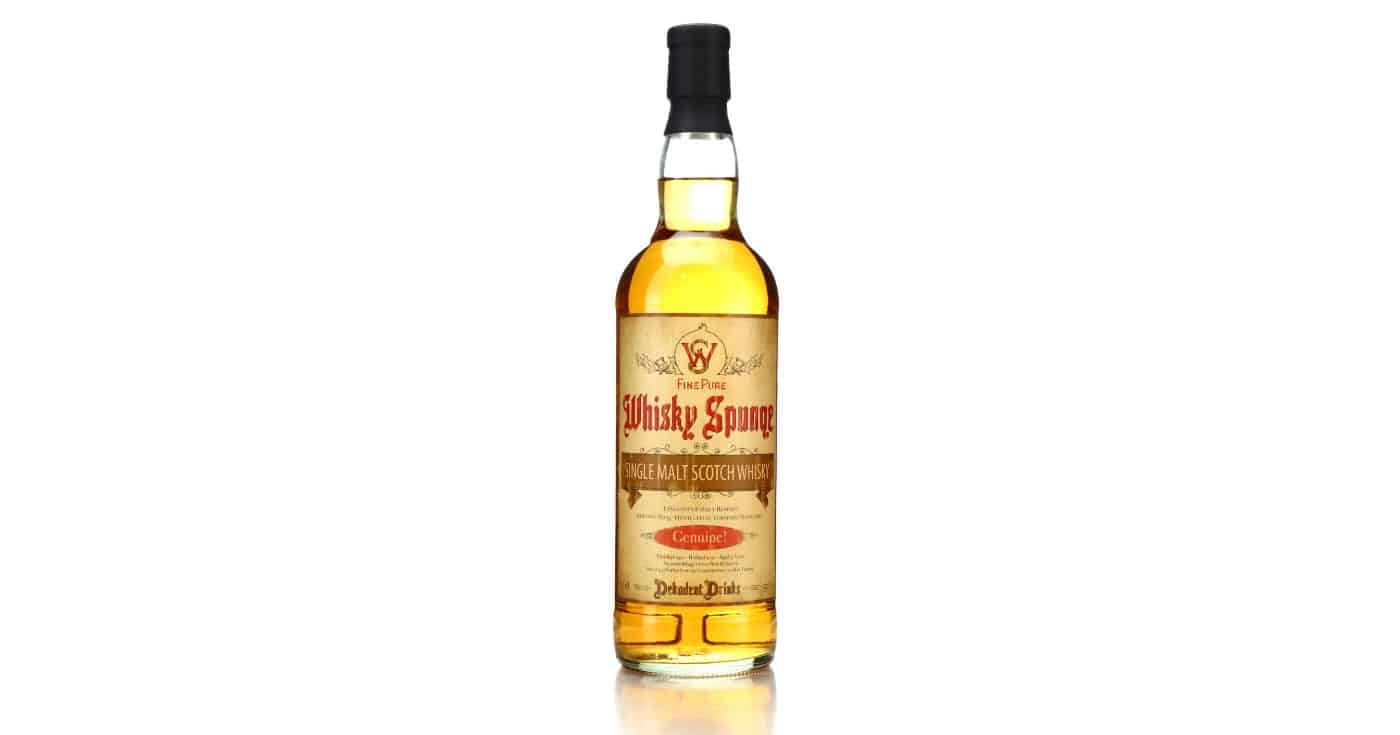 It seems to have been much longer, but it was just a few years ago when Angus MacRaild released his first Whiskysponge bottlings. Now he’s up to well over 30 different whiskies, as well as about a dozen rums and cognacs. One of his latest is a Tormore 1990 31 Years with a very curious label.

Many of my readers are likely familiar with Angus MacRaild. And if you’re not, you might well have read some of his work. Be it on his own satirical website Whiskysponge, as a reviewer on Whiskyfun, or one of the many, many articles he has written for other publications. In my opinion, Angus is one of the best whisky writers around. Always insightful and thoughtful, he is not afraid to voice criticism, and his knowledge of the whisky world current and past is hugely impressive.

A few years ago I did a short interview with Angus because he was exhibiting at the Whiskybase Gathering. I don’t think the interview is online anymore. It was before he started his own independent bottling company, but even back then he was or had been involved in many aspects of the whisky world; as a tour guide, a writer, an auctioneer, a blogger, a consultant, and a host of tastings.

At the time Angus told me what it is about whisky that really gets him going. And I figured I’d share it again here.

“You’re tasting a spirit which is a reflection of the culture and society which created it. It’s something I’ve referred to in the past as ‘transferred terroir’. Not quite terroir in the classical sense but the idea that the people, ingredients and motivations which shape the character of whisky are all themselves influenced by the wider aspects of the land and the society they inhabit.

“As the industry has grown, evolved and changed, so too has the character of the distillates it produces – that’s something that really fascinates me. Even if you have a bad whisky you can ponder it and ask why it tastes the way it does? What are the wider social influences which created that dram? That’s quite a special thing to me.”

See what I mean when I say insightful and thoughtful?

Okay, let’s get on with reviewing the Tormore 1990 31 Years by Whiskysponge. As I mentioned before, the label certainly stands out. On Facebook they recently explained the thought process behind the label. Decadent Drinks (the company behind the Whiskysponge series) wanted to celebrate “all that is laughable, ridiculous and charming about these old, and by now self-evidently, fake bottles that emerged from Italy in the 1980s and 90s.”

So, I suppose the Tormore is a fake fake bottle, which is about as meta as you can get. The label is deliberately aged and distressed. The name Linguini is a nod to Guiseppe Linguine, Whiskysponge’s fictitious resident taster. There are also some spelling mistakes, just like you would find on some of the fake bottles that come out of Italy.

Old Tormore can be genuinely good, as I experienced again just this summer. The Whiskysponge bottling is a mix of two first-fill barrels, for a total output of 422 bottles.

Nose: Similar, yet very different from the TWA bottling I referenced just above. There’s this warm apple compote again, but also creamy vanilla custard and grape must, as wel as a dusty, old school quality that is very charming. Just a touch of furniture polish and even some mushy peas.
Taste: Mature with plenty of ripe fruits like apricots, and apfelstrudel with warm vanilla sauce. A whiff of aniseed in the background, but also sandalwood, resin and some cracked black peppercorns.
Finish: Drying with notes of toffee, ripe apples and stewed pears. Medium in length.

The palate veers a little too much towards wood spices, but this Tormore 1990 31 Years from Whiskysponge provides a very satisfying overall experience. Still available from the Decadent Drinks webshop.