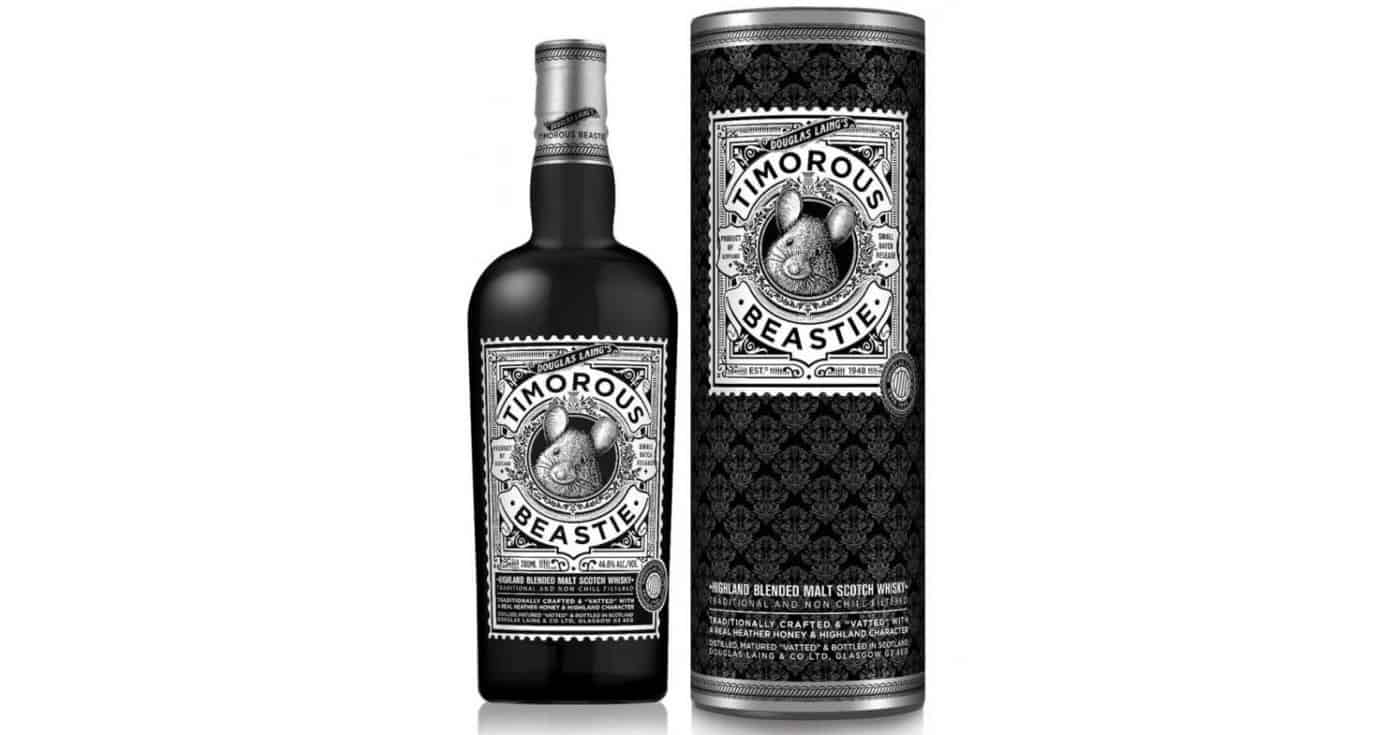 Douglas Laing’s Remarkable Regional Malts series has been going strong since 2009, when Big Peat was first launched. Since then they’ve come up with brands for each of Scotland’s official whisky regions, plus a bonus one for the Scottish Island distilleries. Timorous Beastie was introduced six or seven years ago, the name inspired by one of the best-known poems of Robert Burns, ‘To a Mouse‘.

Timorous Beastie is a blended malt designed to represent the classic Highland style, if there even is such a thing. Me, as well as plenty of other commentators, don’t necessarily describe to the notion of whisky regionality anymore. While I concede it is a handy tool for brand ambassadors and educators to teach about Scotch whisky, there’s no such thing as a uniform Speyside or Highland style. Distilleries have become more versatile and there are plenty that now produce several different whisky styles.

For instance, if you love peated whisky, don’t count out the single malt made at Loch Lomond, a distillery that lies just north of the Lowlands. Their Inchmoan or Croftengea makes for some very interesting, sometimes downright quirky whisky. And it’s not just the sort of niche distilleries that make peated malt, even Glenfiddich has entered that arena. But I digress.

Back to Timorous Beastie, a Highland blended malt from Douglas Laing that includes such distilleries as Glen Garioch, Dalmore and Glengoyne. Those are some reputable producers indeed.

Nose: Light and fruity with a whiff of tinned peaches, but also some soft notes of wet pebbles and ozone. Sugared cereals, vanilla custard and barley husks, with some charred oak to round things out.
Taste: Oatmeal cookies and plenty of vanilla, accompanied by cracked black pepper corns and other spices. Touches of marzipan also, followed by some fudge.
Finish: Spicy with whispers of oak and angelica root.

Conclusion
Light in colour but with plenty of body and depth, the Timorous Beastie Small Batch performs well as a sipping whisky, but I suspect as a highball too. I will put that to the test soon.
8.2
Related
8.4