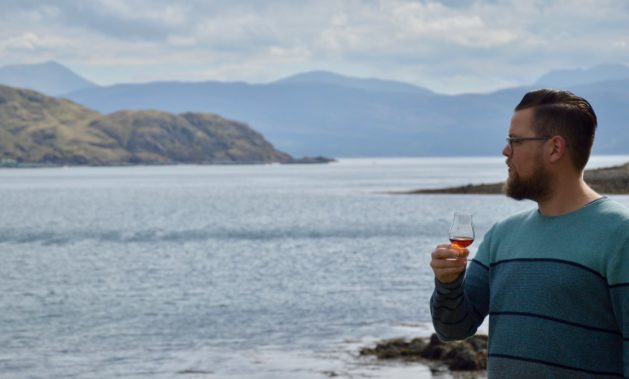 I’m Thijs Klaverstijn, a whisky and spirits connoisseur, blogger and freelance writer from The Netherlands. I’ve been drinking whisky since 2006 or so, but it was my first trip to Scotland back in 2013 that turned my interest in whisky into something of an obsession. It’s all been going downhill since.

I was born in 1985, smack dab in the middle of one of the biggest crises the whisky industry has ever seen. So when it comes to finding decent whisky from my birth year, I’m shit out of luck. Thankfully I’m not the sentimental type, and I’ll happily settle for good whisky from any other year.

Whisky is my main identifier. The other one is that I write. I am the proud owner of a bachelor’s degree in Journalism, so when it came to finding an outlet for my whisky obsession, starting a blog was an obvious choice. That’s how Words of Whisky came about in 2013. My background in journalism means that I value journalistic principles, like objectivity, impartiality and independence, and apply them to my blog.

Writing is not just something that I do for fun on Words of Whisky, it’s also my profession. I write for Whisky Passion, the most influential whisky magazine in The Netherlands, and Scotchwhisky.com. Then there’s outlets like Distiller.com, for which I write expert tasting notes and insightful articles. I’ve also contributed to Irish Whiskey Magazine, Whisky & Spirits, and Gin Magazine, among others.

In the past few years I worked my way through several intensive spirit courses. I am an accredited liquorist, the highest such title for a spirits expert in The Netherlands. During this course I expanded my knowledge on a whole range of spirits, from Cognac and Armagnac, to Grappa, Calvados, and Genever, as well as a slew of others. The course concluded with a blind tasting exam, in which I had to identify twelve different spirits.

By the way, I’m also a judge for the World Drinks Awards.

How do I rate whisky?

Tasting notes are a big part of Words of Whisky. I’m stating the obvious here, but they are very personal. Don’t go out and buy something just because I say it is good. And if you do so anyway, don’t come crying when the whisky doesn’t fit your preference.

Where does the whisky come from?

For my tasting notes I mostly use 3cl samples, and sometimes I review a whisky I own myself. I sometimes receive review samples from producers or independent bottlers. I’m a strong advocate for independence and objectivity, so the fact that these samples are gifted to me won’t prevent me from giving my honest opinion. If a review is based on a gifted sample, than I always say so in the blog post.

But the simple fact is, I obtain most of the samples I review by trading for them or by simply buying them. Contrary to popular believe, most whisky bloggers don’t blog for the off chance that they get free samples.

Then there’s Douglas Laing’s Fellows Programme. If you visit their website, I’m listed as one of them. It basically means I’m an honorary brand ambassador. In reality this leads to me getting some advance samples of their releases. Before I accepted the title, I made sure we had similar expectations.

Douglas Laing wants me to give my honest opinion, even if it is less than flattering. It’s what I was hoping for, otherwise I would’ve had to decline their invitation. For you as a reader, it means that you can read my blogs on Douglas Laing products, and trust that the verdict won’t be biased in any way.