I wasn’t very taken with the first batch of The Gauldrons, a blended malt from Douglas Laing consisting of only malt whisky from the Campbeltown region. I thought it was a tad too sweet. That was 18 months ago (time flies!), and now were already at batch 4 of this concoction.

Like I wrote previously, I have to imagine that Glen Scotia makes up the bulk of this blended malt. Any whisky from Springbank, let alone Glengyle, is probably much more rare and difficult for Douglas Laing to get their hands on – let alone exceedingly more expensive.

Nose: Somewhat malty, but with a waxy layer, and there’s a whisper of parrafin too. A touch of brine, but not too much. A whiff of ripe banana, some cookie dough, and finally some aniseed as well.
Taste: Oily with soft spices and just the faintest touch of diesel. Also, honeycomb, citrus and good amount of licorice. Some soft notes of star anise, and finally even a touch of smoke. The licorice is most dominant though.
Finish: Subtle spices (cracked black peppercorns), and a whiff of bitter oak.

My main takeaway is that this is not as sweet as the first batch, and has more of that classic Campbeltown DNA. An improvement, if you will! 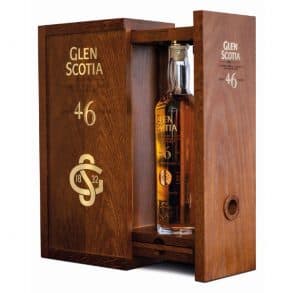