I won’t pretend to be a wine expert (at all), but I suppose I know just a little bit. I’ve never heard of Quinta da Alorna Abafado though. This fortified wine from Portugal ages for five years in wooden barrels. I don’t think they were ever used for whisky maturation. Until now! Teeling has finished a 16-year-old single malt in two ex-Abafado casks for 12 months. Bottled especially for the Netherlands, but of course there are plenty of shops that’ll ship abroad.

Nose: After a touch of cardboard the fruits take over. Peach skin, nectarines and pickled lemons, but also a whiff of aniseed and peanut skins. It can do with some water though.
Taste: Immediately presents itself as much sweeter than the nose, combined with a fantastic tropical fruitiness. Not quite the same, but nearing those older Irish. A tad spicier though. And with some cardboard too. Water tames it a bit, but brings out a slight bitterness.
Finish: Lingering orchard fruits. Honey. Medium in length.

An excellent whisky and actually something of a rarity. The palate truly outperforms the nose here, which I don’t experience often. Maybe a bit rough around the edges, but there’s enough to make up for it. 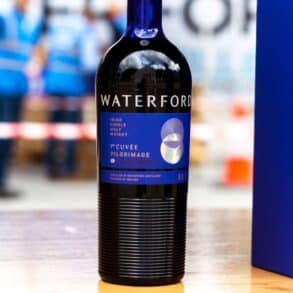