Japanese-born Tatsuya Minagawa (45) returned to an old flame in January of 2015. He stopped working as European brand ambassador for Suntory, and picked up where he left off in 2011, as barmanager at the famed Highlander Inn in Craigellachie, Scotland. I visited him in February, which is when I conducted this interview. He had some surprising news: “I just bought the Highlander Inn!”

A handful of regulars populate the bar of the Highlander Inn. Tatsuya Minagawa is engaged in a conversation with them, and from a distance I hear that he is being congratulated. I figured today might be his birthday, but when he sits with me for the interview, the real reason quickly becomes apparent. “Rumours about the Highlander Inn being for sale started floating around somewhere midway through 2014. At whisky festivals people where mentioning it to me, because they know of my history here.” His face lights up when he continues. “The negotiations with Duncan [Elphick, the previous owner] took a couple of months, but I can now safely reveal that I bought the Highlander Inn. We shook hands this morning.”

Wonderful news for both Minagawa and the Highlander Inn, that now has a suitable successor for Duncan Elphick. He made the small inn in Craigellachie a must-visit for many whisky tourists visiting Speyside. Elphick is more than a friend, he also serves as a mentor for Minagawa. The fact that Minagawa is now in the position to continue his mentor’s project, is very satisfying for him. But the reason for Minagawa’s return to the Highlander Inn also has another, not so happy side. “It’s better to tell the truth, right?”, Minagawa says. Of course he’s right. It makes me all the more curious about what he is going to say next.

Redundant
Minagawa’s previous employer Suntory bought the American drinks company Beam Inc. at the start of 2014 for the big sum of 13 billion dollars. This corporate take-over meant trouble for Minagawa. “Suntory’s focus shifted towards the market in the United States. Europe became less important”, he explains. “As European brand ambassador I mainly visited The Netherlands, Belgium, France and other European countries. But my job simply stopped to exist. I was made redundant.” 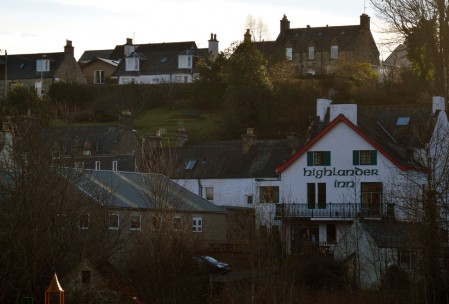 A bitter pill to swallow for Minagawa, who thoroughly enjoyed his work for Suntory. “I loved working for them. Suntory whisky is simply great. And I enjoyed meeting new people. I like to talk. The job really suited me.” Was he offered the possibility of working in the United States? “Nope, I wasn’t asked. And I wouldn’t have wanted to. When it became known that I was to leave Suntory, I received some offers from others whisky companies, but it also meant I had to move to London or Glasgow.”

And that prospect wasn’t attractive to Minagawa at all, who has been living in Craigellachie for thirteen years now. He may not look like your average Scotsman, and he talks with a thick Japanese accent, but he is an integral part of the community of the small village in Speyside. During his work as brand ambassador he continued to live in Craigellachie, using the airport in Aberdeen to fly over to the mainland when necessary. So no, leaving Craigellachie was never an option. But his family needs to eat. And the Highlander Inn proves to be the solution for that issue.

From Japan to Scotland
During his recent years as brand ambassador and as bartender in Craigellachie in the years before, Minagawa has grown into somewhat of a cult figure. But before he made the bold move to Scotland in 1998, he also worked behind a bar in Japan. First at a cocktail bar, then later he moved to a whisky bar. “I left for Scotland because I wanted to see more than just the country I was born in. The plan was to travel for a year. But wow, Scotland was so much fun! So I stayed for another year, and another. And now I’m still here, haha.” 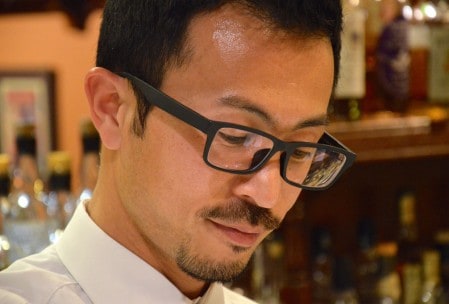 Minagawa was raised in Kyoto, a city considered small in Japan, although it is twice the size of Glasgow. The transition from über modern Japan, where bullet trains are the norm, to Scotland took some getting used to. “The trains in the UK are very average. I couldn’t even recline my seat. And then I had to travel five hours from London to Edinburgh. I thought to myself: ‘I can’t handle this’. How can this be in this day and age? On the other hand, they might overdo things a bit in Japan. If you try to close the door of your taxi, you get funny looks. It closes automatically, so why would you spent the energy?”

The cultural differences between Japan and Scotland were easier to overcome for Minagawa. “There might seem to be big differences, but there are also a lot of similarities. They’re both islands and the people are fairly reserved and conservative. And in both countries people don’t very much appreciate change.” He does feel the Scots are more independent. And they are more direct as well, a trait common for a lot of Europeans. “Japanese people don’t really show emotions. I’ve changed in that regard. Gradually, but I also started out from a different place than the average Japanese person. I can get pretty emotional. I get angry and if I’m happy, it shows.”

Ballantine’s
Minagawa doesn’t have a glorious story about the one epic whisky that made him a believer. Where most young people drink beer or mixed drinks during a night out, Minagawa drank whisky in his teenage years. “Simple cheap stuff, often mixed with coke.” The first whisky that truly captured Minagawa was a Ballantine’s 17. It wasn’t long after that he began to truly appreciate single malt whisky. “I became a bit snobbish. Blended whisky didn’t cut it. Caramel coloring? Blegh! Chill-filtering? Very bad! Since then I’ve become a bit more nuanced on those matters. Things aren’t always as black and white as they seem.” 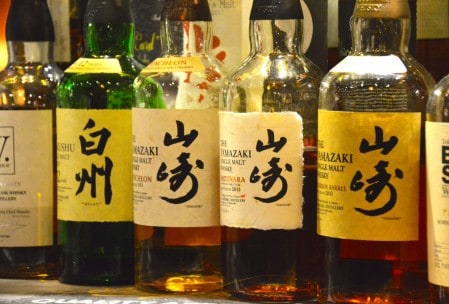 It took a while before Japanese whiskies started to peek Minagawa’s interest. Whisky from the land of the rising sun has a great reputation now, with reputable names like Yamazaki, Yoichi, Hanyu and Karuizawa. But this hasn’t always been the case. “When I still lived in Japan, our own whisky was under-appreciated. I mean, we tolerated it, but most people preferred Scottish single cask whisky.” A mentality still encountered by Minagawa when talking to certain Scottish customers. The Highlander Inn has an impressive amount of quality whisky from Japan. But some skeptical visitors still tend to be drawn to the more well-known Scottish brands. Minagawa: “Until they’ve tasted Japanese whisky, that is!” It is a shame that Japanese whisky has become so expensive, though Minagawa offers a simple explanation. “A Kia is also a lot cheaper than a BMW.”

Similar DNA
During the years of previous owner Duncan Elphick, the Highlander Inn has helped raise the profile of Japanese whisky. And the famous whisky inn will keep doing so under the reign of Minagawa. He also wants to continue range of independent Highlander Inn-bottlings. The last one stems from 2012. But major changes aren’t to be expected. ”I have a lot of respect for Duncan”, Minagawa tells Words of Whisky. ”I’ve worked with him for nine years already and I will leave the DNA of the Highlander Inn intact. That means I will not change anything dramatically. Highlander Inn will still focus on whisky, ales, good food and a friendly atmosphere. Everybody is welcome here. Except idiots, drunks and trouble makers, haha!”

This article was previously published in Dutch magazine Whisky Passion. 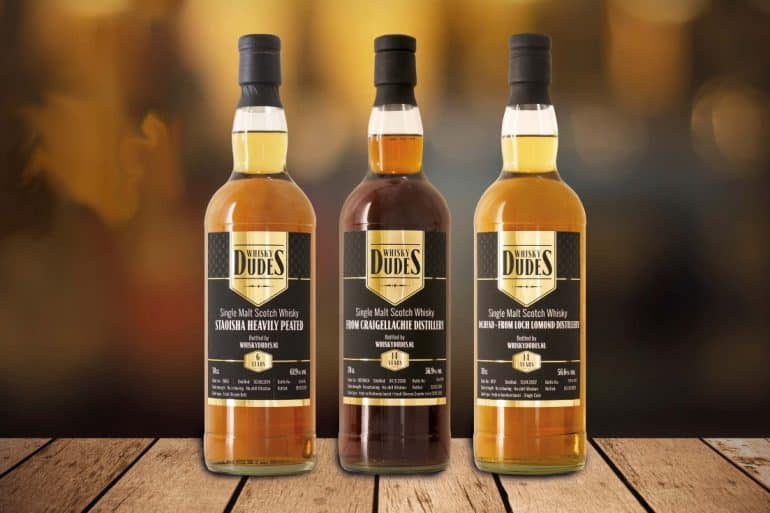