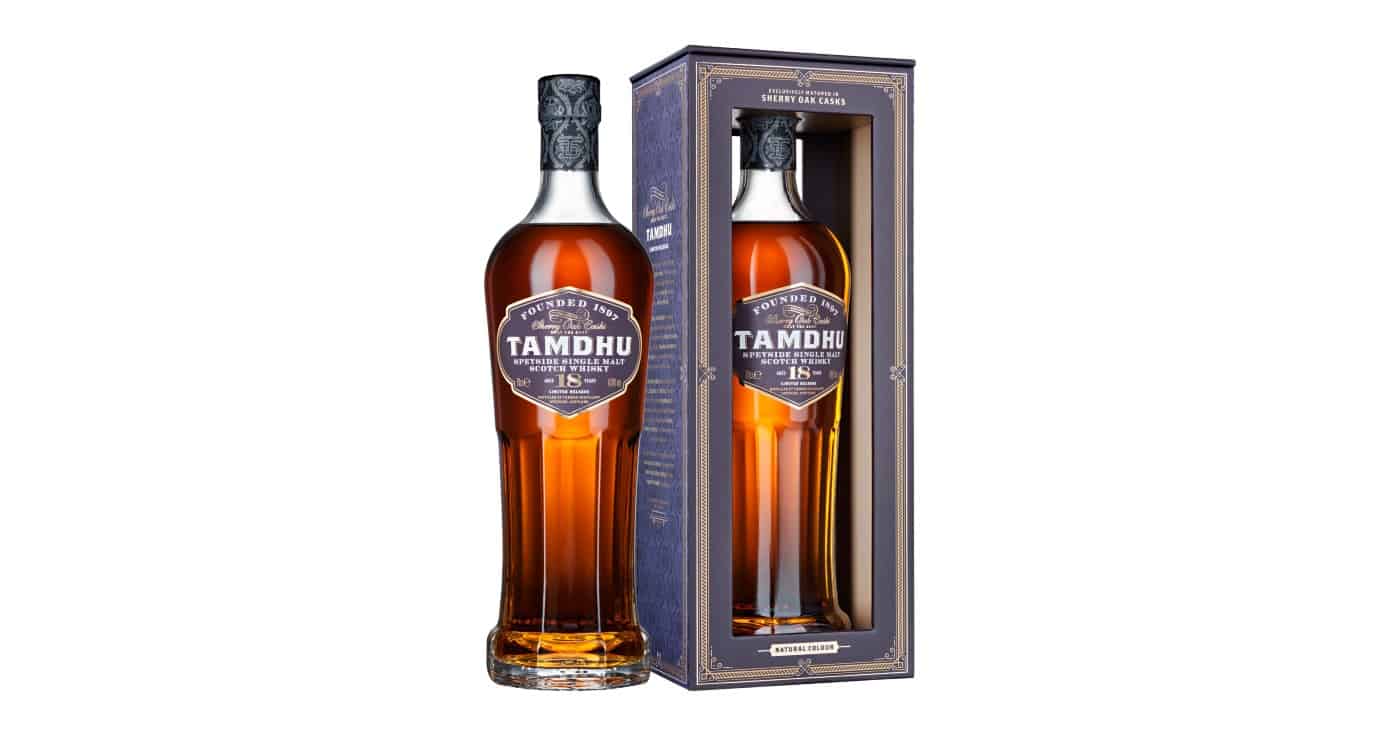 Celebrating their 125th anniversary this year, just a few months ago Tamdhu added a new whisky to their core range. Only 18,000 bottles of this first batch of the Tamdhu 18 Years were released. It’s quite an attractive proposition at first glance, with over 70 percent of this single malt having matured in first-fill European oak sherry casks. But it does come at a steep price.

I recently went back to Scotland for the first time since the beginning of the pandemic. It was a holiday, not a work trip. But I wanted to visit a few distilleries regardless. After all, whisky is not just work for me. Far from it. And global brand ambassador Gordon Dundas was kind enough to arrange for a visit to Tamdhu, a distillery that’s usually closed to the public.

During a very informal visit, distillery manager Sandy ‘Big Mac’ McIntyre showed me around the distillery, where it became clear that this is a place focusing primarily on production. Yes, they welcome the occasional visitor, but really the only thing that matters is making quality spirit. Aesthetics are secondary (or tertiary), and especially in the expanded buildings from the 1970s it is all about function. Although it must be said that the old Dalbeallie railway station is a thing of beauty.

Whisky tourism is becoming increasingly more important, and it’s a crucial revenue stream for many (new) distilleries. But that development seems to have passed by Tamdhu. It doesn’t help that it’s also not the most conveniently located distillery either. But I’m not sure if opening up Tamdhu has ever been part of the conversation for owner Ian Macleod Distillers.

Compared to Ian Macleod Distillers’ other Scotch whisky distillery, Glengoyne, Tamdhu is a big operation. With a max capacity of 4 million litres per annum, and about 15 percent of that production goes into the Tamdhu brand. The rest of it is destined for one of the many blended whiskies that Ian Macleod sells.

And while Gordon Dundas, Sandy McIntyre and everyone else involved are rightfully proud of the progress Tamdhu has made since it was acquired a decade ago, the distillery is also working at almost full capacity. That means whisky tourism simply isn’t part of their plans for now. And that’s okay, because there’s plenty of opportunity to celebrate the distillery’s output, not in the least with this new Tamdhu 18 Years.

Nose: Undeniably a step up from the Tamdhu 15 Years, which I like a lot. Plenty of sultanas, dark chocolate, prunes and some almond paste, but also touches of warming cinnamon and cherries. Then a whiff of fennel seeds too, with finally a few drops of dark caramel too.
Taste: Plenty of dark wood spices, such as cloves, pepper and nutmeg. But the sultanas make an encore, accompanied by polished leather, walnuts and touches of espresso, as well as chocolate truffles. Did I mention the mouthfeel yet? It’s proper oily and rich.
Finish: Lingering spices, subtle tannins and more coffee and nuts. Medium-long.

When visiting Tamdhu I had a few sips straight from a first-fill European sherry cask filled in 2006. This Tamdhu 18 Years certainly shares a lot of DNA. More polished and not as intense, but with similar depth, richness and dark sherry influence. One to take your time with.

As far as price goes, well, it's not cheap. In the Netherlands it sits around 170 euro. That's twice the price of the Tamdhu 15 Years, which is very good in its own right. I prefer the 18-year-old, but it doesn't offer the same value as its younger brother.