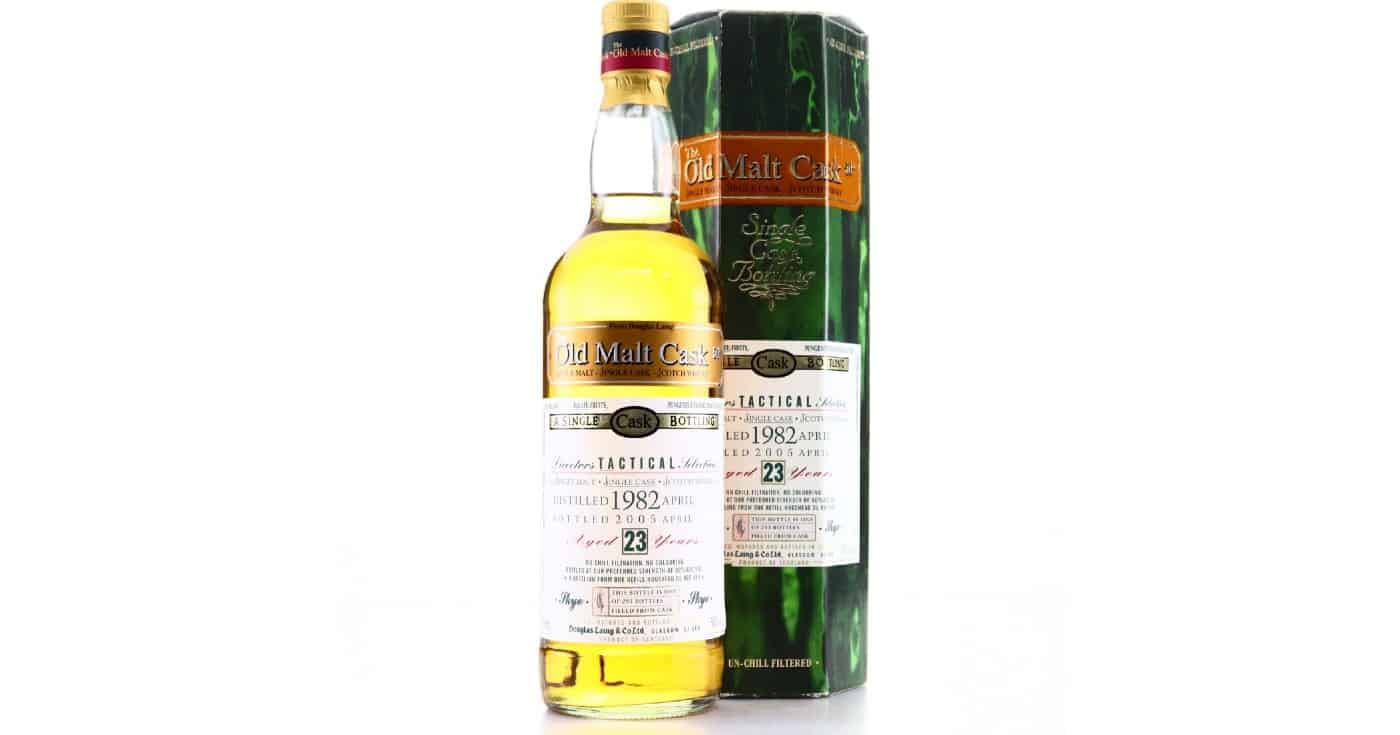 It was time to dig into the old sample drawer and not from the queue of press and review samples waiting to be written about. This whisky was chosen purely for my pleasure. It is a Talisker ‘Tactical’ 1982 23 Years from Douglas Laing, bottled as part of their Old Malt Cask range. Indeed, a secret Talisker.

Talisker is one of the big Scotch single malt brands, founded almost two centuries ago, currently owned by the biggest drinks company in the world, and it has an excellent reputation. So, am I just plain wrong to think that Talisker is an under-appreciated distillery?

Maybe that’s the result of hanging out with the wrong crowd. People that often have been drinking whisky far longer than I have. That were enjoying single malt when it was still relatively affordable and not a commodity. Who opened bottles of Brora, Karuizawa and Port Ellen without thinking twice.

These are the same people that were drinking Talisker before it was named a Classic Malt. They rave about what Talisker once was, and lament the distillery’s (perceived?) decline. And this group might’ve influenced me into thinking Talisker’s glory days are behind it. Which in turn makes me feel it isn’t duly appreciated by serious whisky drinkers.

And to be fair, while I know the Talisker 10 Years is a proper whisky, maybe one of the better affordable whiskies available, I’ve never bought a bottle. Same goes for the Talisker 18 Years. Maybe this is just roundabout way of trying to convince myself to stop overlooking Talisker. After all, I can only blame myself.

Rectifying that mistake with a premium release that was distilled 40 years ago is probably not entirely fair, because it isn’t representative of what is available today. But this is still my blog, and I don’t care that it’s not fair. I just wanted some outstanding whisky to taste and review.

Nose: We’re in a different realm. A style that is uncommon nowadays. Somewhat austere with a sliver of wood smoke, white pepper, lemon juice, hay and wet wool. Wonderful mineral notes too, followed by hessian and elderflower.
Taste: Velvety, waxy and bold yet subtle, if that makes sense. Fairly medicinal, there’s gentle notes of tar and camphor, but also hessian and fennel. Soft peppery notes, light peat smoke, minerals and brine, even a slight farmy touch. But there’s an underlying fruitiness that enhances this whisky’s depth, highlighted by lemon and a touch of papaya.
Finish: Long, waxy and citrus-y. Impressive.

Conclusion
On the surface this is certainly not the most complex single malt I've ever tasted, but it just does everything so well and is beautifully harmonious. The only distillery that currently makes whisky in the same realm is Springbank, which is a huge compliment. Both to this secret Talisker as to Springbank.
9.2