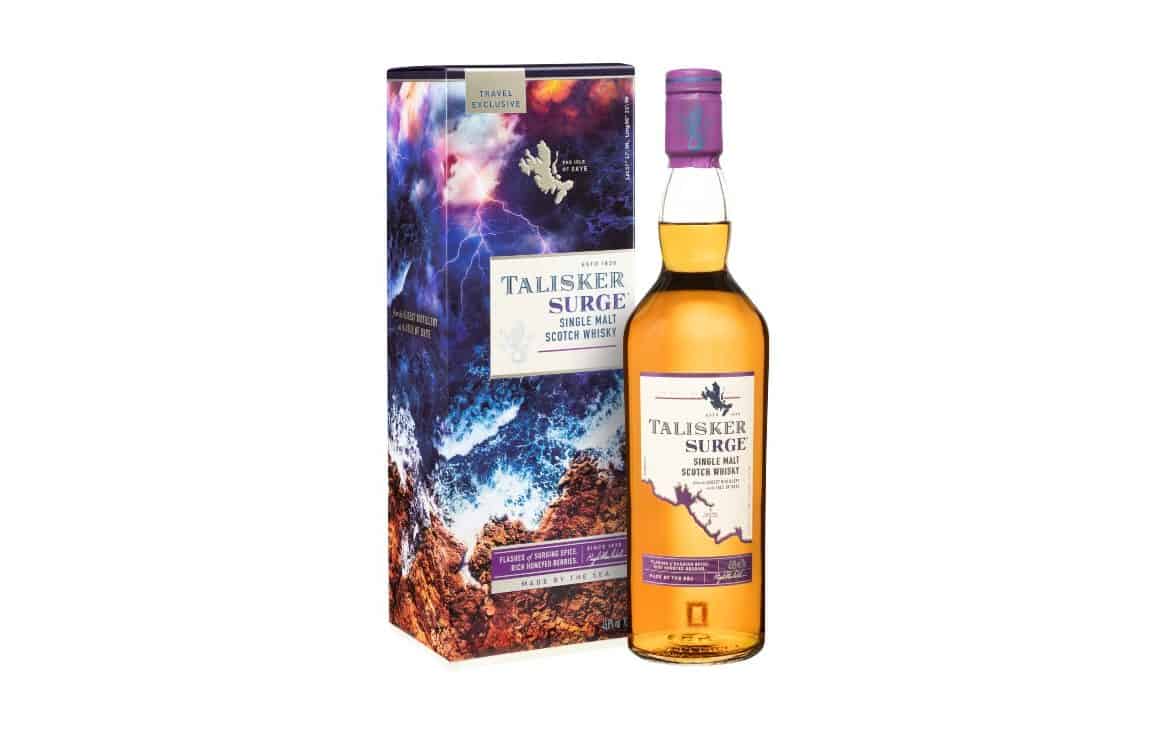 On paper, Talisker’s new Travel Retail Exclusive has nothing to offer any serious whisky drinker. Or to anyone with common sense. Why? Because the only details Diageo has shared about the Talisker Surge is that it was finished in American ex-bourbon casks. And it costs 95 euro. Take that for transparency!

Honestly, I’m sitting here stunned from the lack of information in the press release. Instead it is talking up how the “formidable force and electrifying nature of Skye is captured”, which is something they say of every Talisker. Or how “research shows us that over half of travellers are looking for exclusive products.” I’ll take their word for it, but the Talisker Surge is not an exclusive whisky.

The Talisker Surge is bottled at the brand’s standard 45.8 percent abv. And again, it is finished (!) in American ex-bourbon casks. Hopefully at least first-fill bourbon casks, but even that important detail wasn’t shared. Did it originally mature in other, more exciting cask types then? Maybe, but again, I couldn’t tell you based on the press release.

Usually when that type of information is left out it means the whisky initially was filled into regular ex-bourbon casks. So, that’s what I have to assume is the case for the Talisker Surge. That would mean this is simply a fully matured ex-bourbon single malt. I’ve asked for clarification on this, basically urging for an explanation as to why anyone would pay 95 euro for the Talisker Surge, while the excellent Talisker 10 Years is a fraction of the price. Here’s the response I received.

“Talisker Surge is matured in American Oak ex-Bourbon Casks, whereas some other Talisker variants use refill casks and whilst some of these may have their origins in the bourbon industry, they would have been filled and used in the Scotch industry prior to being filled by Talisker.”

It gives some insight into the terminology Diageo uses. American oak ex-bourbon casks means first-fill, and in other cases they just don’t mention bourbon, instead settling for a simple ‘refill casks’. However, it still doesn’t explain why consumers should feel tempted to buy the Talisker surge.

To sell travelers on the new Talisker Surge, it will be showcased “throughout airports around the world through a disruptive global campaign that seeks to transport shoppers everywhere to Skye.” It’ll be available from August in a few European airports, and in other markets later this year.

Nose: An initial sweetness, with forest berries, Crème Brule, banana split, American cream soda and butterscotch. Soon the smoke of roasted pine nuts and hints of aromatic chilli begin to develop, and the intensity and power of this Scotch begins to shine through.
Taste: As with the nose, the palate begins gently, with immediate brioche sweetness and banoffee pie before a tropical note of tinned peaches. It’s not long before the true essence of Talisker emerges, with sweet maritime notes, fresh ginger zest and a crescendo of oak smoke and peppery spice.
Finish: On the finish it is the powerful notes that remain – hot chilli spice and cracked black pepper, fading into a waft of distant smoke from the embers of a beach bonfire with a final, faint hint of toasted marshmallow.

If you’ve read all this and are still interested in buying a bottle, here are the availability details: 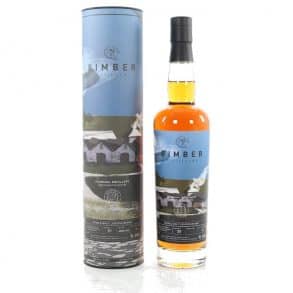