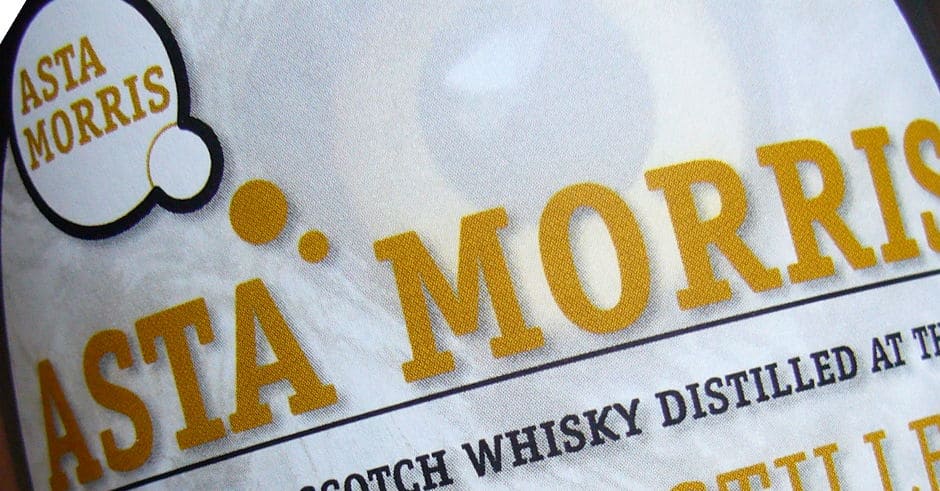 The Dutch Whisky Forum is great community for whisky lovers, as was once again proved by Yapi, one of the more prominent members. He took it upon himself to organize a High End Blind Tasting (HEBT) for several members, using whiskies from his own collection.

The tasting notes below are from the first sample which turned out to be a Strathmill 1991/2013 by Belgian indie bottler Asta Morris.

Nose: White grapes and coconut shavings are the dominant aromas at first. After a while there is also some apple and something sugary, but they do stay in the background, while the coconut shavings remain the most dominant. Just when I start to think: ‘What a lovely fresh nose this is’, I smell some glue. That’s a pity. Adding some water makes it fruitier.
Taste: Grapes and coconut shavings again, along with some white pepper. It does get better as time goes on. The second sip surpasses the first, the third sip surpasses the second etc. Not a very complex taste. Some water reveals a minty taste.
Finish: Starts of woody, dry an bitter. Also something sour that I can’t quite place. After a couple of minutes some lime appears. Adding water makes for a minty aftertaste, combined with pear.

That little bit of glue should’ve pushed me towards Japan, but I thought this was a whisky from the Northern Highlands, somewhere between 22 and 24 years old with an abv somewhere low in the fifties. That’s why I guessed a Balblair. Obviously, I was wrong. Nevertheless a more than enjoyable whisky, and the first of many learning experiences during Yapi’s HEBT.

Want to read someone else’s blind notes on this whisky? Check out The Lyne Arm.