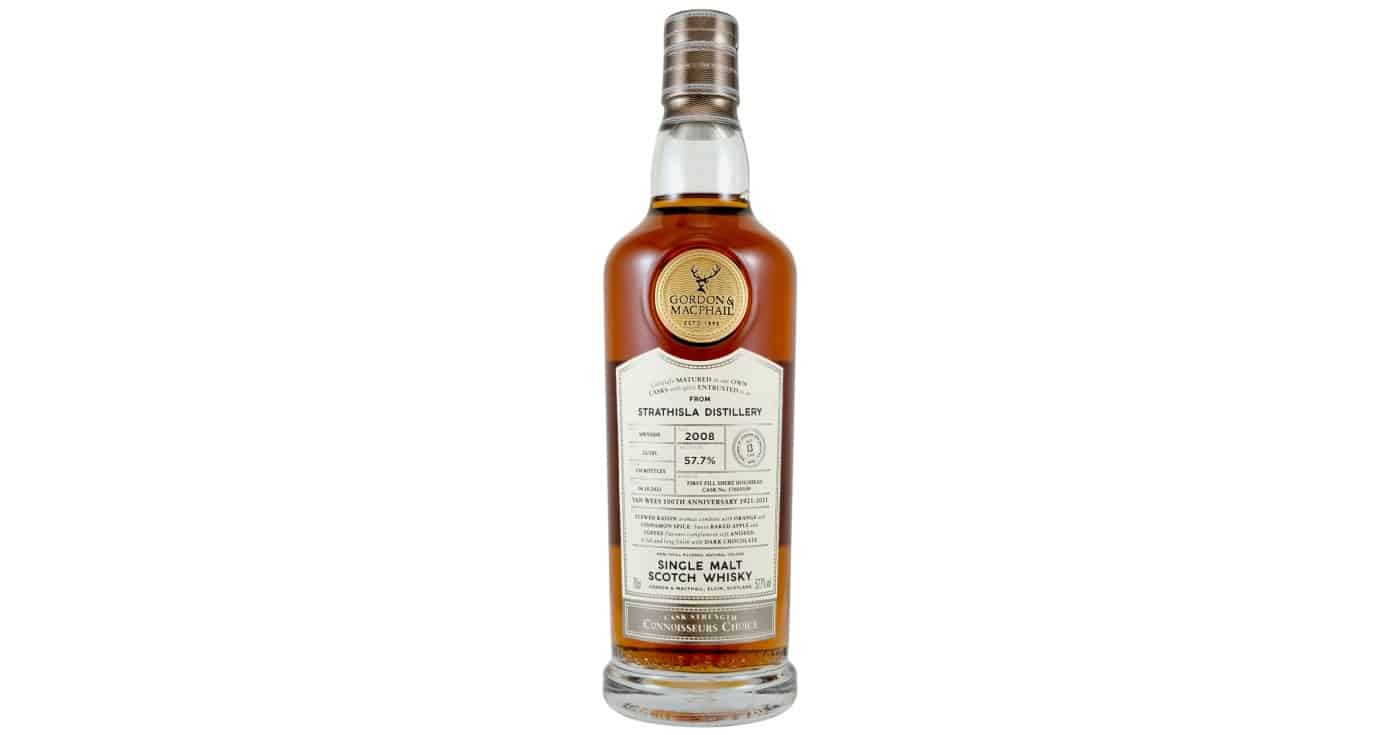 We’re celebrating Van Wees’ 100th Anniversary on Words of Whisky with a series of exclusive releases for this Dutch importer. The week kicked off on a high-note with a single cask Benromach. Hopefully the Strathisla 2008 13 Years from Gordon & MacPhail can reach similar highs.

Like Gordon & MacPhail, Van Wees is an independent bottler. Their brand is The Ultimate and they’ve been one of the most consistent independent bottlers worldwide since 1994. Their releases are usually only available in the Netherlands, so they don’t have much name recognition abroad, but they have been releasing affordable single casks for years.

However, Gordon & MacPhail is not the most important supplier for The Ultimate. That would be Signatory Vintage, with which the Van Wees family have a longstanding relation. “By this time we had some very nice bottlings made for us by companies like Bowmore and Signatory Vintage Scotch Whisky,” says managing director Maurice van Wees in an interview with Whisky Auctioneer, where he discusses the decision to develop their own line of independent releases some 28 years ago.

“[Signatory] was owned by our good friend Andrew Symington who offered to bottle casks for us. Andrew had a small bottling line in Leith and was building up his company by working hard and selecting wonderful casks. As you know he is now the very succesful owner of Edradour Distillery, creating his own great whisky. Like Andrew we were only interested in great quality for a reasonable price, which is still the key to our mutual succes in the business!”

Affordability has indeed long been what The Ultimate has been known for. There are many great examples from venerable distilleries such as Clynelish, Imperial and Longmorn. Even Rosebank. Like any other whisky company their prices have risen in recent years. Yet they continue to find good casks for decent prices.

“We look for the specific nose and taste of the distillery and for some bottlings the cask influence must not be overpowering”, says Maurice van Wees in the same interview. “For example, we have bottled many casks of Rosebank from straight bourbon barrels, the vanilla only complemented the Rosebank character. Others like our Longmorn bottlings from oloroso sherry butts stood out for their complexity and dark sherry influences.”

While not bottled as part of The Ultimate, the Van Wees family had a big hand in picking the new Strathisla 2008 13 Years for their 100th Anniversary. Gordon & MacPhail has an excellent track record with this distillery, especially when it comes to some incredible rare and old releases. But Strathisla can be very satisfying at a younger age too, especially from an active sherry cask.

Nose: Lots of dark sherry notes accompanied by damp oak, bung cloth, whiffs of coffee beans and cherry syrup. Also raisins, a pinch of cinnamon and stewed apples with a caramel glaze.
Taste: Intense arrival with lots of dark notes again. Espresso, dark chocolate and plenty of cloves, as well some cigar tobacco. There’s even a sliver of sulphur here, but it’s almost not noticeable. Water smooths things over and brings out some rye bread, fennel and almond paste.
Finish: Lingering coffee notes, cocoa powder and a touch of aniseed. Long.

Conclusion
I keep coming back to the descriptor "dark" for this Strathisla 2008 13 Years by Gordon & MacPhail. Not because of the colour, but rather because of the flavour profile. It's good and there's depth and complexity, but it is also dark note upon dark note. Overall I'm quite enamored by it and find it a worthy celebration of Van Wees' 100th Anniversary.
8.8