Of all the closed Scottish whisky distilleries, Port Ellen and Brora have the highest profile and are probably the highest rated among whisky enthusiasts. St. Magdalene might very well be a very close third. Whisky from this Lowland-distillery is very rare, with less than 200 registered bottlings on Whiskybase. Since 2012 only a handful of new bottlings have been released. It is safe to say that there isn’t much stock left.

The more recent bottlings have all been from the early eighties. But St. Magdalene from the sixties is very rare indeed. So when a whisky buddy offered me sample from his St. Magdalene 1966/1996 by Gordon & MacPhail, I could not believe my luck. What a great opportunity to taste a piece of history!

Nose: The initial aroma’s are grassy. A wet meadow or moorland with an extra layer of sawdust and wet cardboard. After some time the fruit starts coming through with pineapple, peach and red apple. There is also some cumin and cinnamon, and a small trace of smoke. This St. Magdalene also has a lovely waxy quality.
Taste: Subtle peat and smoke with some brine. This is a really classic old-style whisky profile. Some lovely mild oak influence, very soft. Also a nice fruitiness with lemon, melon and pineapple.
Finish: Warming. Subtle peat and fruit with a nice oakiness and a hint of campfire smoke. Very long.

A nice complex, balanced whisky with a lot of subtleties. Especially the soft smoke and peat on the palate are what lift this St. Magdalane to another level. They don’t make ’em like this anymore. What a shame! But I really shouldn’t focus on that. It is a privilege that I had the opportunity to taste this. Thank you, Edwin! 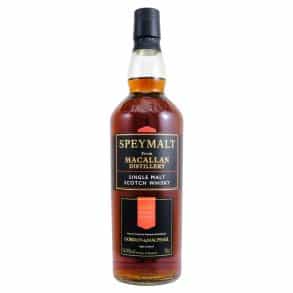 Next
Laphroaig 15yo: Old versus New