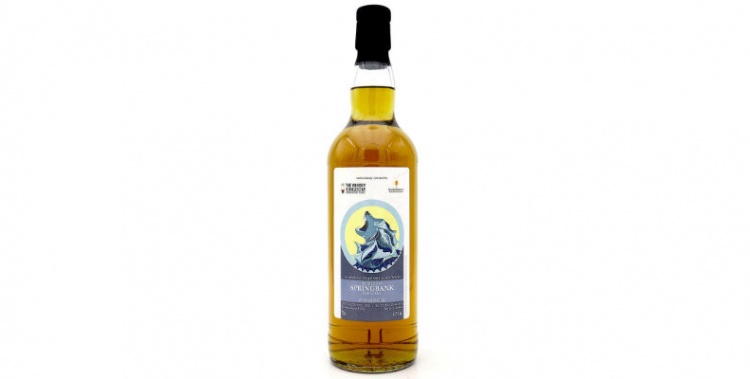 A pleasant surprise landed at my home a little while ago: a 26-year old independently bottled Springbank from a bourbon barrel. Furthermore, this was bottled by Boris Borissov and Sebastian Jäger, two of the guys involved in the selection of this memorable Lagavulin.

Nose: Curiously, this smells much more Springbank-esque from the sample bottle, than it does from the glass. A nice level of maturity, but very delicate. Light floral notes are accompanied by chalk and soft fruity aromas, like mango, pear skin, pineapple and lemon zest. There’s a touch of honey also, giving the whole a sweet profile, with a whiff of brine.
Taste: Lacks a bit of power, but has nice soft menthol notes, with a faint minerality and a slight oiliness, even a touch of cigar tobacco, as well as bitter oak. Light fruits (apricot marmalade), but mostly cookie dough, vanilla and such. Somewhat old school stuff, but more like reminiscent of a bourbon-matured, gentle Speysider from the 1970s.
Finish: Lingering spices, menthol and a soft oakiness.

Be open-minded when you taste this, because it might not be the quintessential Springbank you expect. However, it is good stuff from Springbank once again, and nicely sourced by Boris and Sebastian.

Now this is not cheap, but that’s the case for all indie Springbanks nowadays. Available for 419 euro at The Whisky Kingdom or Duckhammer’s.