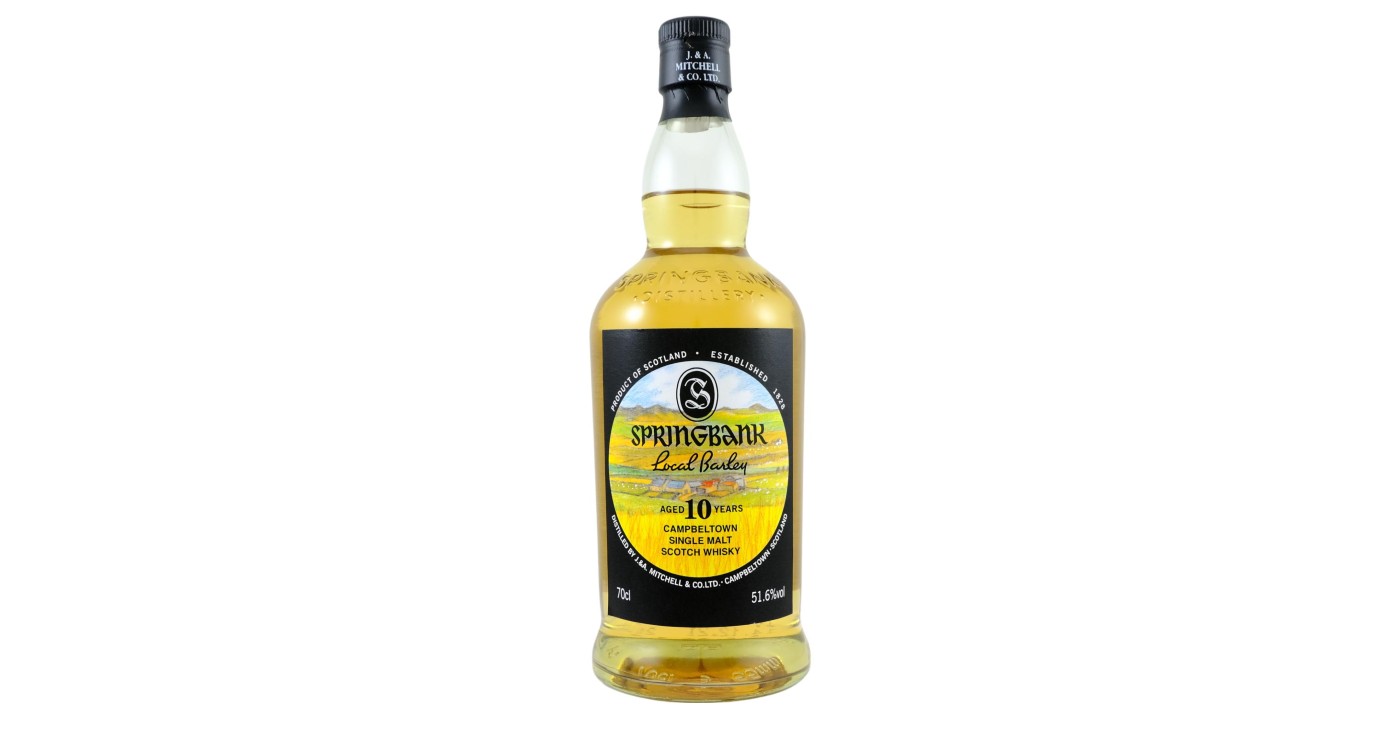 It’s not exactly a public service to be reviewing one of the most unobtainable whiskies of the year. Then again, I’ve reviewed all other modern Local Barley releases on here, so I’m not going to stop now. Also, this is my blog, so I suppose I can do whatever I like with it. And what I’d like to do, is review the Springbank 10 Years Local Barley that was released earlier in 2022.

Lots of talk surrounding the Springbank Local Barley focuses on price. The first hurdle for many people is the release price, and at 90 quid for a 10-year-old this isn’t cheap indeed. Especially considering the incredulous value of the regular Springbank 10 Years. Then there’s the price this whisky commands on the secondary market. Springbank currently sits comfortably atop the Whisky Investors Index of Rare Whisky 101, which shouldn’t come as a surprise to anyone who has visited a whisky auction website in the last 12 months. The hammer prices paid for some of these are truly mindblowing.

And it wasn’t even that long ago that Springbank released the first modern Local Barley in 2016. Looking at auction lots from those early days, it seems as most sold for close to the original RRP. Now its value has increased tenfold. You almost can’t blame investors and flippers for wanting a piece of that pie. As a result, this latest Springbank 10 Years Local Barley sold out pretty much before it hit the shelves, even with an increased outturn of 15,000 bottles.

As opposed to the previous edition of the Springbank Local Barley range (the 100% ex-sherry cask release), this newest addition matured fully ex-bourbon casks. The barley variety, Belgravia, is the same though – a spring malting barley that had a decent market share in Scotland in the early 2010s, but not anymore. It was also grown on the same farm as the barley for the sherried Local Barley, Glencraigs, a sustainable family farm just outside of Campbeltown that has been around since 1904.

Nose: The colour is about as pale as I’ve seen on a Local Barley release. Truly the opposite of last year’s release. It’s a pretty recognisable Springbank, not too dissimilar from the regular 10-year-old. Earthy smoke, soot, ozone and wet pebbles, but also some vanilla ice cream, grapefruit and lemon pith, with just a sprinkle of nougat.
Taste: Proper oily mouthfeel with some charred lemon, tobacco leaves and aniseed. It displays a nice salinity and earthy peat notes alongside a fruity sweetness. There’s honey, mango and lime zest.
Finish: Sweet smoke, sprinkle of salt and wet pebbles. Long.

Conclusion
I don't think this was received in a way that matches the hype surrounding it. So, my expectations were limited. Maybe that's why they were surpassed. This Springbank 10 Years Local Barley from 2022 is just a perfect, young Springbank. I think the relatively low abv helps give it a slightly more gentler profile than previous releases. I'm on board!
9