For the first time ever judging sessions for the Spirit of Speyside Whisky Awards are being held outside of the Whisky Festival itself. Amsterdam was one of the cities picked for a session, so I bought a train ticket and made my way over to JD Williams Whisky Bar.

Participants are expected to evaluate eight whiskies in total, shortlisted by a panel of industry experts out of all the whiskies entered for the competition. The eight whiskies are clustered into four categories, pitching two against each other. We basically had to taste a pair of whiskies and then tell which one we liked best. Easy enough! 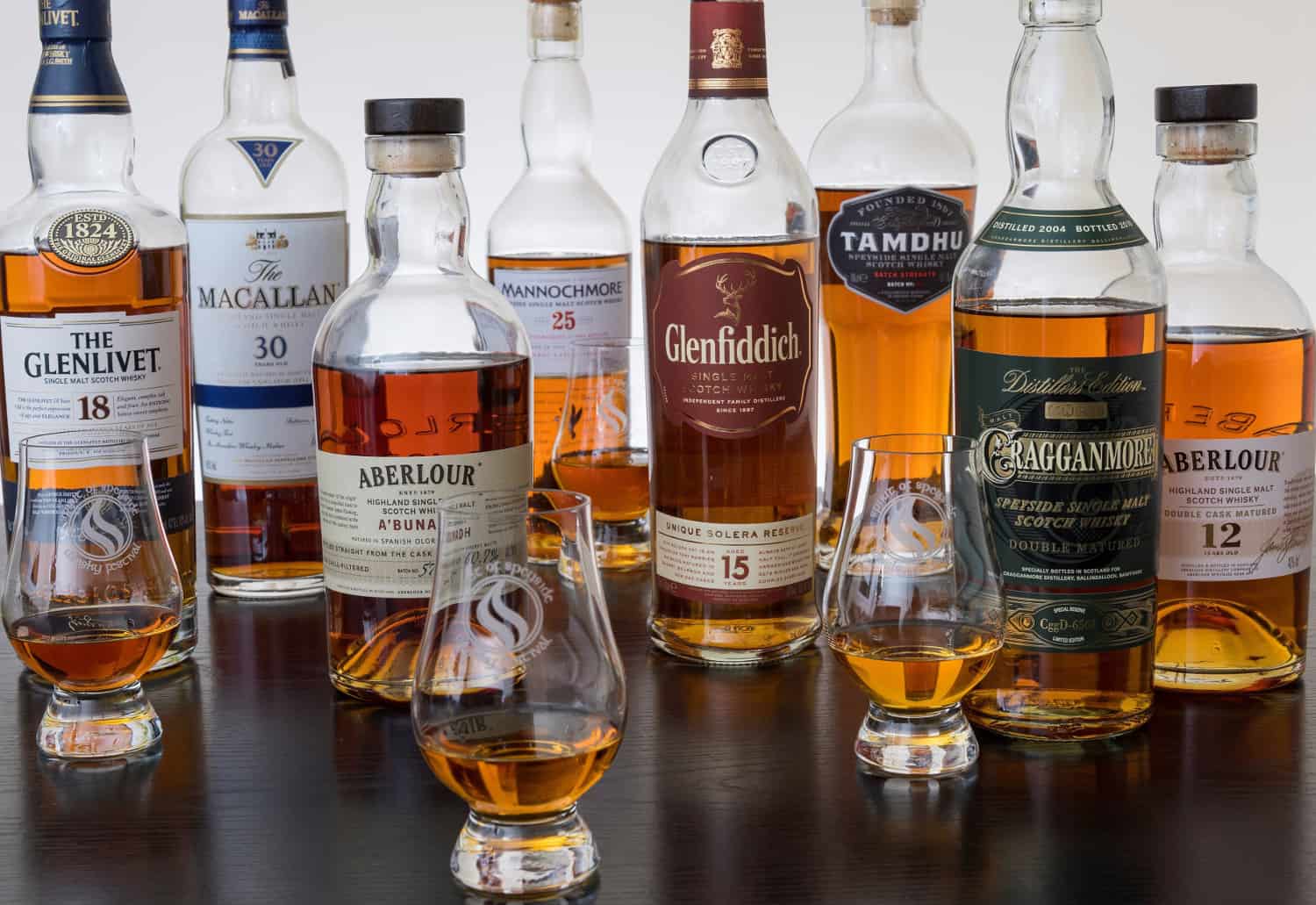 In the non-age statement category Aberlour a’bunadh was up against Tamdhu Batch Strength 002. While in the category for malt 12 year old and under, the Aberlour 12 Year Old battled it out with Cragganmore 2004 Distiller’s Edition.

In the 13 to 20 year old section it was head to head between The Glenlivet 18 Year Old and Glenfiddich 15 Year Old Solera. The two shortlisted whiskies in the 20 years and over category were heavy weights, the Mannochmore 25 Year Old Special Release and The Macallan 30 Year Old Sherry Cask.

The two hour train ride from Hengelo to Amsterdam gave me the chance to catch up on some non-whisky related podcasts, as well as some whisky-related writing. The short walk from Amsterdam Central Station to the venue was brightened up a couple of times by the sweet smell of Amsterdam’s coffee shops and the drug tourists enjoying the assortment of cannabis on offer. Yep, this is what it’s like living in The Netherlands.

I was half an hour early since trains don’t run on the exact times I’d like them to, but I certainly wasn’t the first to arrive. Spirit of Speyside-director Linda Mellis and her colleague Scott were already waiting outside of JD Williams, chatting away with Hans Offringa and Thomas and Ansgar of WhiskySpeller.

Daniel Watts arrived not long after, opening the doors of his bar for us. JD Williams Whisky Bar is a fairly new venue, stocking about 200 whiskies and also specializing in whisky cocktails, as well as serving food. Aptly described as ‘modern without being too ‘hipster’, fitting for a whisky bar and for Amsterdam’ on Malt Fascination.

After more familiar faces entered the bar, including Noortje from Whiskylifestyle, it was time to get serious and start judging. As we tasted the whiskies (blind of course), I couldn’t help but try to identify each malt whisky, which was more difficult than I expected. It was also not at all constructive, as it distracted from the actual task at hand, which was to judge whiskies on their quality, not their reputation. 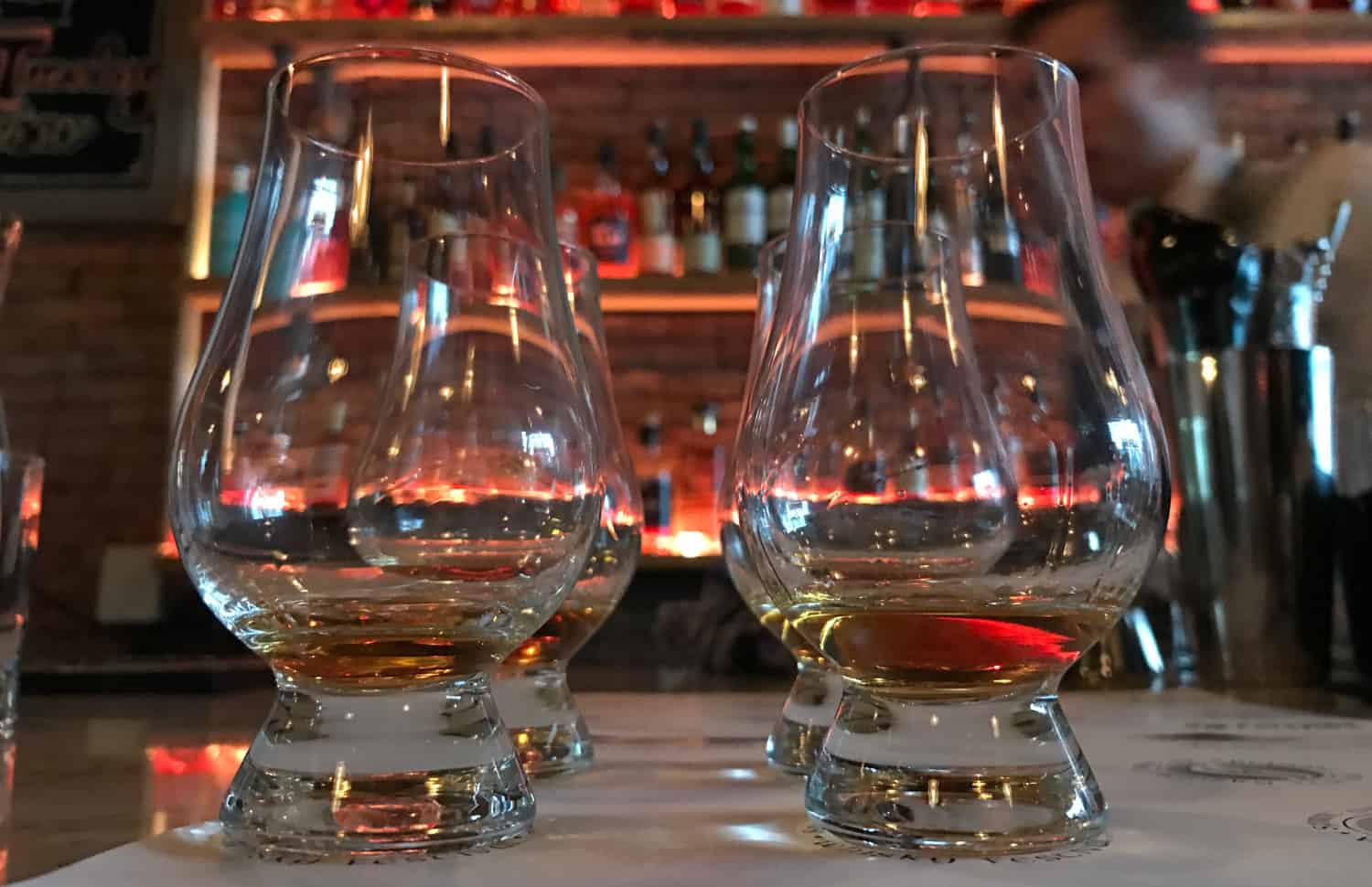 Finally I just stopped trying, and started to simply enjoy what was put in front of me. Not to disrespect the six other fine whiskies, but the Mannochmore 25 and the Macallan Year Old 30 Sherry Oak were in a class of their own. Easily recognizable as spirit of extraordinary class, and both very different animals.

At the risk of sounding blasphemous, the Macallan 30 Year Old Sherry Oak was very good, but maybe a tad one-dimensional? After all, this is a (at minimum) 2.500 euro whisky we’re talking about. And it was slightly sulphurous. Long story short, I liked the Mannochmore better.

A fun experience. That’s how I would describe this judging session of the Spirit of Speyside Whisky Awards. Because of my (sort of) debut as a judge. Because of the whiskies enjoyed. Because of the other attendees. Because of the wonderful venue. I probably would’ve preferred to go into this completely blind, not knowing any details about the line up. But all in all it was a great was to spend a couple of hours to spend my time.

Now I just have to wait for the winners to be announced during the Spirit of Speyside Whisky Festival.