Another North Star Spirits release? Indeed, after the immaculate Vega, it is now time for another interesting whisky from this Glaswegian bottler. However, unlike the Vega, the Spica is actually a blended whisky, also containing a portion of grain distillate. According to Iain Croucher, head honcho at North Star Spirits, there’s approximately 40 to 50 percent malt whisky in this blend.

Otherwise there’s not much I can tell you about it, other than that it’s 20 years old and has definitely seen the inside of an ex-sherry cask. So instead of me dragging this out for a few more paragraphs, I figure we should just skip ahead to the good part. These are my tasting notes…

Nose: A pretty big hit of burnt caramel, followed by cherry syrup, cinnamon buns and red apple parts. Slightly grassy, highlighted by notes of straw, but there’s some damp wood, rose petals and marzipan here as well.
Taste: Nice syrupy mouthfeel. Flavours of plums, dates and other dried fruits, as well as hints of orange zest and gun powder. Some soft spices as well, mainly cinnamon.
Finish: On the shorter side, with lingering fruity notes.

I’m not the biggest fan of the burnished/sulphurous note I detected on the nose. The finish also isn’t very long, and yet, I doubt anyone’ll be disappointed by this dram. Excellent value for money and full of flavour, this’ll stand up to most others in its price bracket. 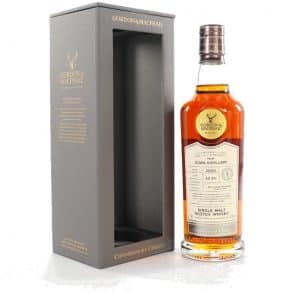 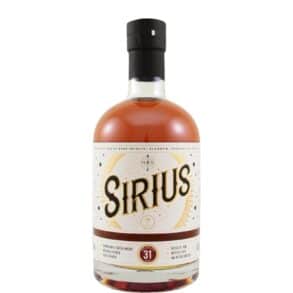 Next
The Epicurean Glasgow Edition (2018)