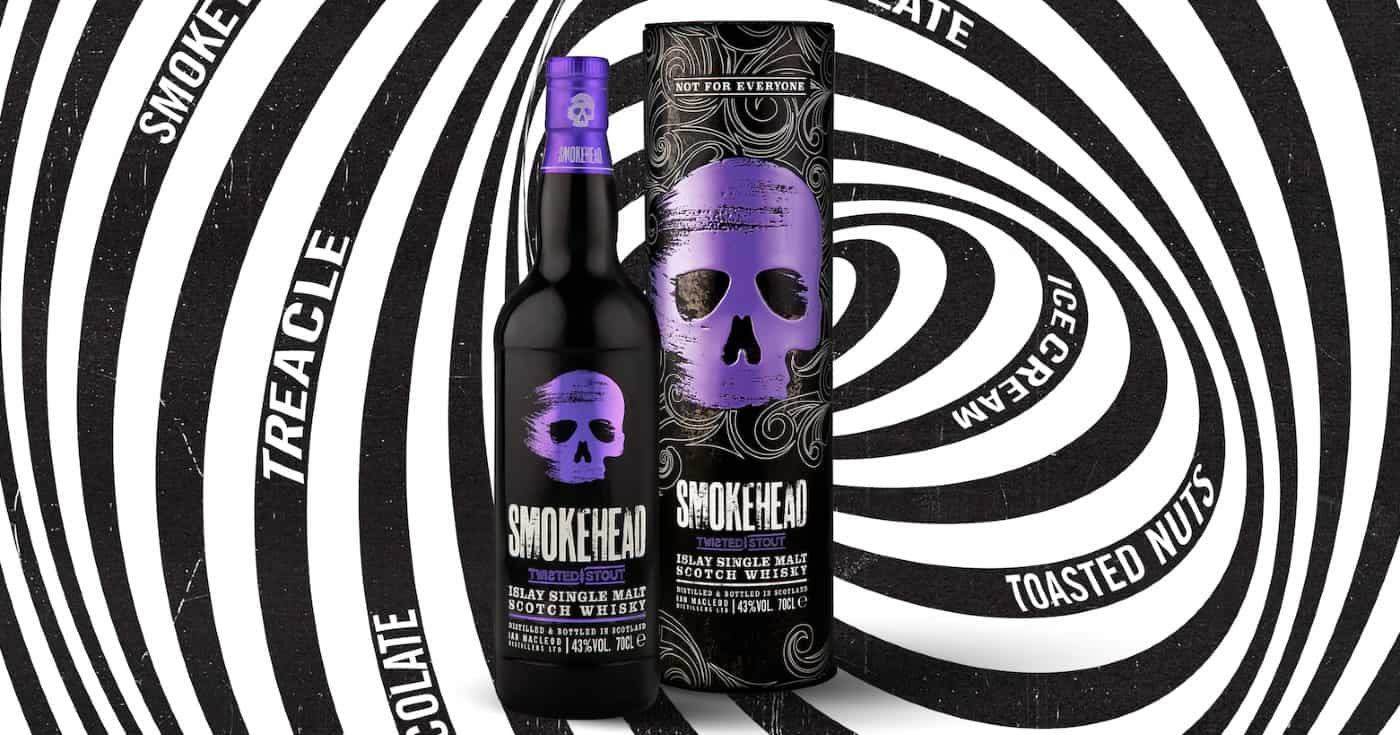 I wouldn’t call myself a fan of Smokehead (or any heavily peated whisky for that matter). The style just doesn’t suit my own preferred tastes. However, my interest was certainly peaked when the Smokehead Twisted Stout was announced late last year. Initially only available in the UK, it has now found its way to the European mainland as well.

I’ve tried plenty of stout beers finished in ex-peated whisky casks, many of them to high satisfaction. But I can’t say I’ve tasted many the other way around. The Smokehead Twisted Stout is part finished in Mochaccino Stout casks. What is part finished, you might wonder? Well, it’s pretty much in the name. It means only part of the whisky was finished. Chivas master blender Sandy Hyslop explained it well when I spoke to him about the Chivas Regal Extra 13 Tequila Cask.

Then there are the Mochaccino Stout casks. They were previously used to age Pilot Brewery’s beer. Patrick Jones, founder of Pilot Brewery, explains. ‘Its one of our oldest beers and the barrel-aged version is actually a double Mochaccino. You need to make it stronger for barrel maturation. It’s not a standard stout.’

Nose: It’s rather sweet with whiffs of smoke-infused caramel, but also touches of dark coffee, coastal sea air, cocoa butter and peach. Surprisingly enticing.
Taste: A bit thin and watery, which is always a bit of an issue with Smokehead. There’s roasted peanut skins, oyster shells and salted caramel, as well as vanilla and ashy smoke. Whispers of coffee grinds as well.
Finish: Dark-roasted malt, earthy peat and lingering spices.

Conclusion
It's the thin mouthfeel that keeps me from granting the Smokehead Twisted Stout a higher score. Decent whisky and the dark influence from the ex-stout casks works well, but it's not exactly mind-blowing either.
8.2