Sexism & Misogyny in our Whisky Community

The annual release of Jim Murray’s Whisky Bible usually causes a shitstorm in the whisky community—just not of this kind. It’s the kind of situation where I don’t want to stay quiet. So, I’m deviating from my regular schedule of tasting notes to share some thoughts about sexism and misogyny in our whisky community. If you don’t already think this is an issue, I just hope I’ll be able to convince you of its gravity.

It started two days ago, when Becky Paskin fearlessly called out Jim Murray on some of the peculiar language in his tasting notes. You’ve probably read them already; they reek of misogyny. If not, check out Felipe Schrieberg’s initial article on this issue. Much has been said and shared (on social media) about Murray in the aftermath. None of it very kind. The fact that Murray chooses to unapologetically stand behind his own language and invokes freedom of speech doesn’t help one bit. Brands, organisations and companies like Glenfiddich, Beam Suntory, Pernod Ricard, the Scotch Whisky Association and The Whisky Exchange have already distanced themselves.

However, the controversy about Jim Murray’s Whisky Bible is a symptom of a larger problem. The whisky industry has a history of equating the whisky lifestyle with good-looking women, implying sex in the process. It’s a dated practice that sadly still pops up every now and again, Pure Scot being one of the prominent examples in recent times. Overall though, the advertising has improved, but the mentality that whisky is a man’s drink is still there in many facets of the whisky industry and especially the broader whisky world. And I’m including consumers here.

I recently had a conversation with a friend who works in a specialist whisky shop. Our talk gave me a little insight in the average consumer. We discussed Nc’nean, an exciting distillery founded by the inspiring Annabel Thomas. They just released their first whisky and are aiming to reach a younger, more female audience than usual. Both of us were intrigued, but my friend expressed concern for how it would sell. After all, he said, his average customer is still of the impression that whisky should be smoky and drunk by tough, bearded men.

Whisky has always been a men’s world and still is. Some men might like to keep things the way they are and even encourage it, but I think most (me included) would love to see more women at tastings, festivals and other whisky events. It’s all a bit homogenous at the moment. In my experience, the whisky community is welcoming and largely open-minded. But I’m a (relatively) young male. My experience is very different from the other sex’s. I might think our community is inclusive because I feel included, but my reality is not THE reality.

I’d like to refer to an excellent article on Malt in which Justine shares some of her thoughts and experiences. After one unnamed brand ambassador pretty much ignored her and her friends, he finally turned to them when he was finished talking to the men that were also present, only to offer Justine a so-called “ladies dram.” I won’t go into the ridiculous notion of any whisky being more or less suited for men or women (that’s a whole blog post in itself), but this short anecdote illustrates the slights and patronising attitude many women experience in the whisky world.

These types of things appear to be commonplace for every woman in the whisky community, be it an enthusiast or someone who actually works in the industry. It’s part of a larger patriarchal attitude that exists among a loud minority of men, leading to condescending and sometimes downright insulting behaviour towards women. Add the consumption of alcohol, and that’s a very dangerous combination. You might not experience sexism or misogyny because you were born with a penis, but you should be aware of it.

And that’s the keyword: awareness. And education. Learn about this issue and talk to people, especially women. Try to understand and empathize. That shouldn’t count as a great insight but then again, for some men it might be. I simply want to add another voice to this conversation, and I hope many more people will do the same. Because I want it to become a shout. 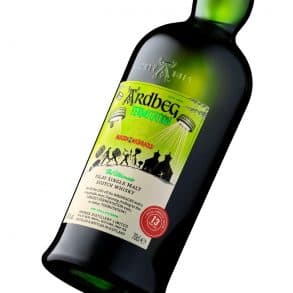 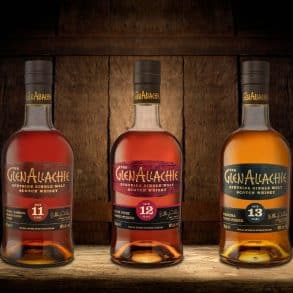 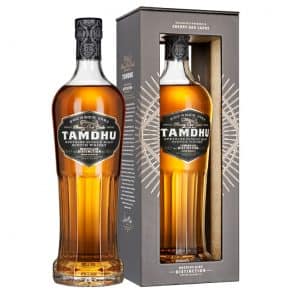