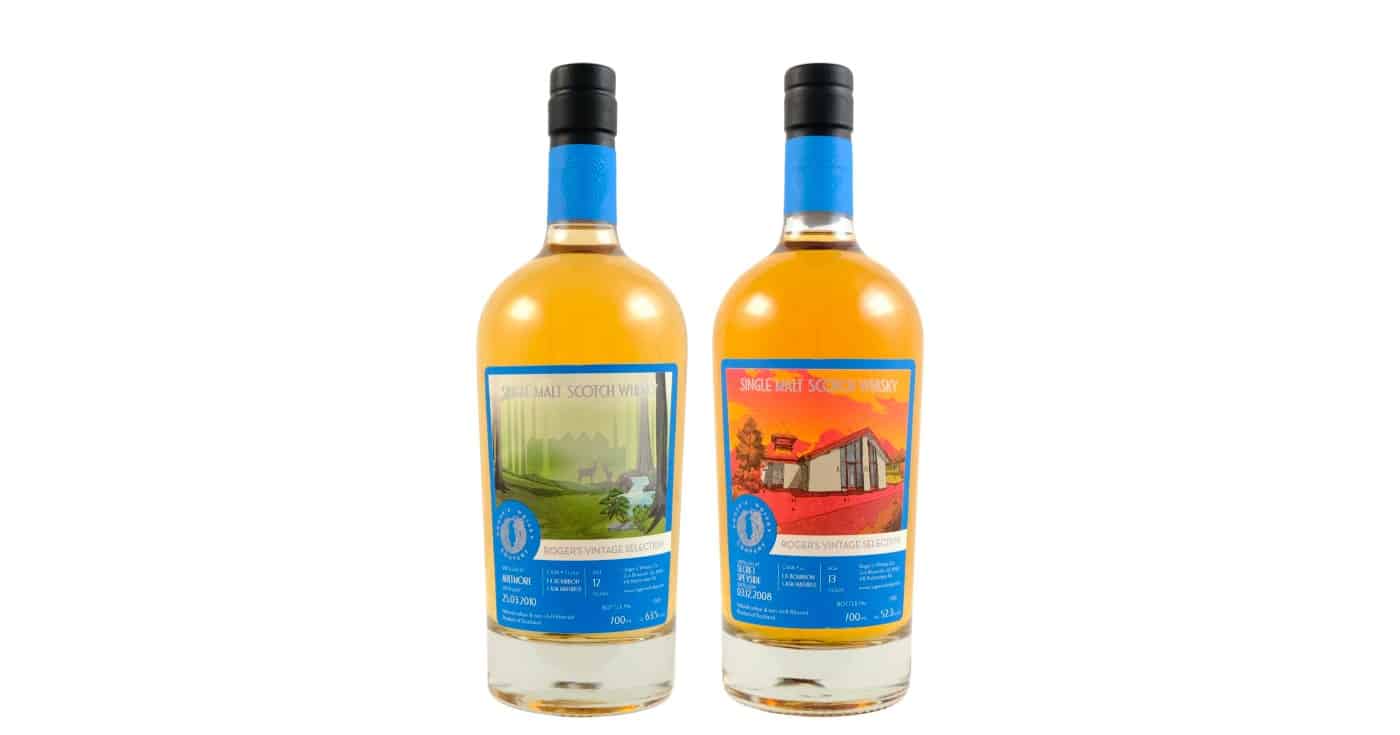 I think probably every release of Roger’s Whisky Company has graced the pages of this humble blog. So, now that his two latest releases have arrived in shops, it’s time to make sure the Secret Speyside 13 Years and Aultmore 12 Years get their due time in the spotlight as well. Both have matured in ex-bourbon casks. And the Secret Speyside was distilled at…

Well, take a look at the label and you might be able to work it out for yourself.

Nose: Fruit basket. Stewed apples, whitecurrant and pears with a tinge of orange marmalade, as well as a slight chalky touch. Also warming vanilla, honeyed porridge, mush banana and a whiff of ozone.
Taste: A waxy mouthfeel and an arrival highlighted by white pepper, ginger and cloves. Also some subtle herbs, mint and coconut shavings, along with meringue and biscuits.
Finish: Lingering fruits. The stewed apples make an encore, followed by Galia melon.

Conclusion
Can’t quite deliver the fruity promise of the nose, although the finish makes up for it. Won’t call it accessible per se, but there’s an intrigue here that captures my attention.
8.6

Nose: Fragrant and floral with a hint of quince, green tomatoes and just a touch of fabric softener, but also mulch, limes, lemon peel and white peach. It slightly sweeter with time, aided by the obligatory vanilla pods.
Taste: Proper creamy stuff but I think I would prefer it slightly reduced. My sample doesn’t really allow for it, but let’s add a few drops of water immediately. It brings out sweet barley husks, white pepper and crushed mint leaves, but also some peach and apricots, maybe even fermented grapes.
Finish: Long, chalky, subtle spices and a lingering grassiness.

Conclusion
Light flavours yet big-bodied single malt from Aultmore. A little harsh at times and like the Secret Speyside, it could do with a little more fruitiness.
8.2

While neither the Secret Speyside nor the Aultmore can objectively be described as young whisky, I can’t help but escape the feeling that both would’ve reached greater heights with a few (or many) more years of maturation.

Nevertheless, I enjoyed the Secret Speyside especially. Its singular, fruity elements were intriguing while the austerity on the palate kept things interesting. I feel like this might develop quite a bit during the lifecycle of a bottle.

I found the Aultmore a little too punchy at times – 63.5% is nothing to sneeze at. Sometimes there are single malts that are surprisingly drinkable despite a very high abv. This was not it. Roger’s Aultmore might benefit from playing around with water, but my sample didn’t really allow for much of that.