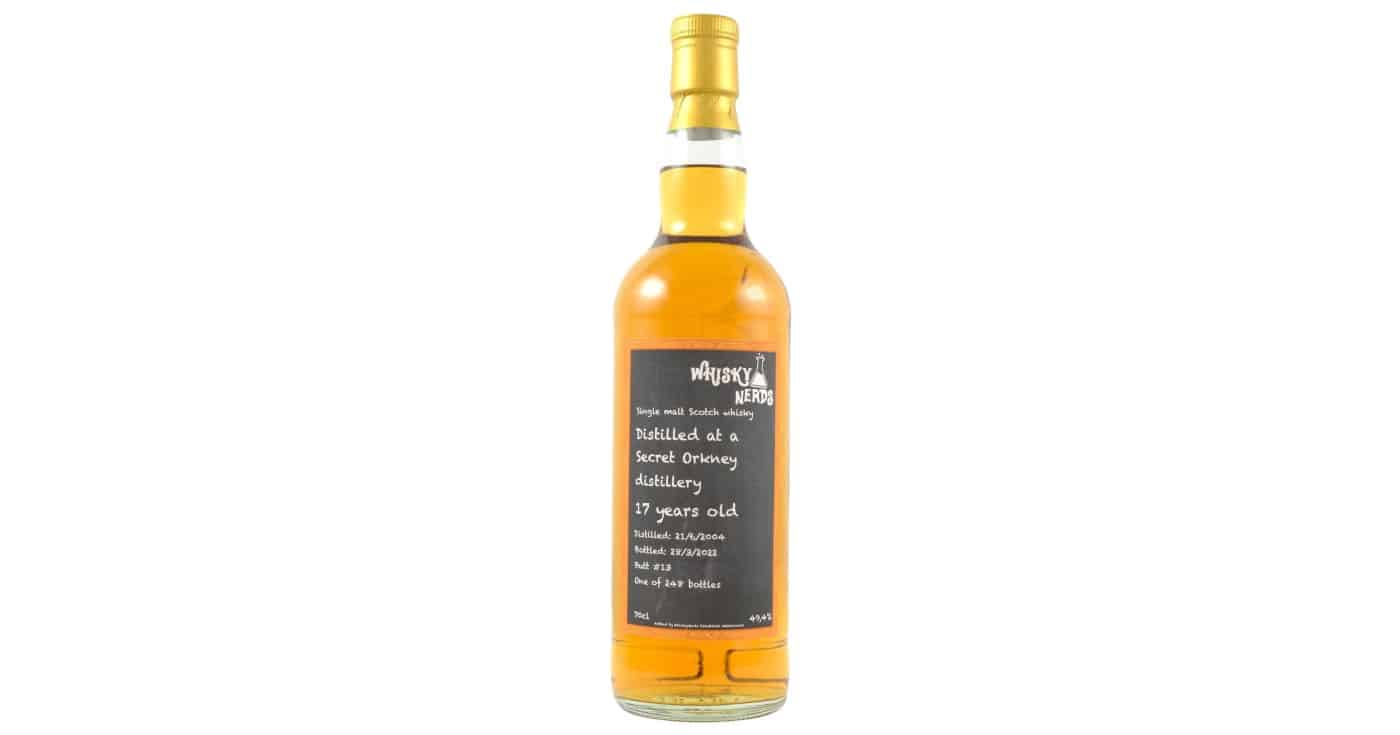 It’s not often I get the chance to review a WhiskyNerds release while it is still available. But in case of their new Secret Orkney 2004 17 Years, you could actually just pop over to one of their retailers now and still get a bottle. And it’s not because the whisky disappoints.

A lot of Secret Orkney (undisclosed Highland Park) has been bottled by the independents over the last four or five years. To the point that I was experiencing some Secret Orkney fatique. More to the point, I’m generally not happy with any release that doesn’t disclose where the whisky was distilled.

That’s partly the reason why I haven’t tried any Secret Highland Park in while. But also, Highland Park produces a tremendously consistent new make. High quality, but there’s generally not a ton of variation from one bottling to the next. At a certain point I felt there wasn’t much to discover anymore, so I simply took a break from all these confidential Highland Park releases, most of which had matured in ex-bourbon casks.

But then the WhiskyNerds sent me a sample of their latest release. Yes, a Secret Orkney, but one from a (refill) sherry butt. Just a few years younger than the 1998 and 1999 vintages from a little while ago. In short, slightly different from what I’d been tasting up until this point. Also, if the WhiskyNerds give it their stamp of approval, colour me intrigued.

Nose: The sherry influence is muted, leaving room for chalk, pickled lemons and green bananas, but also a slight minerality and just a little gunpowder. A few drops of flower honey, just the subtlest slivers of earthy smoke, and finally some hemp ropes.
Taste: Gentle at first, the arrival is surprisingly easygoing and very mature. Beautiful notes of menthol, smoke, chalk and lemon peel, but also burlap, leather and more honey. Nice salinity too, finished off with a hint of cherry syrup.
Finish: Lingering smoke, seaweed and mineral touches. A tinge of pepper too.

Conclusion
Balance is key here. The sherry cask stays in the background but adds a few key elements. This has everything that you might want from Highland Park. Gentle smoke, sweet honey and some added fruits.
8.9