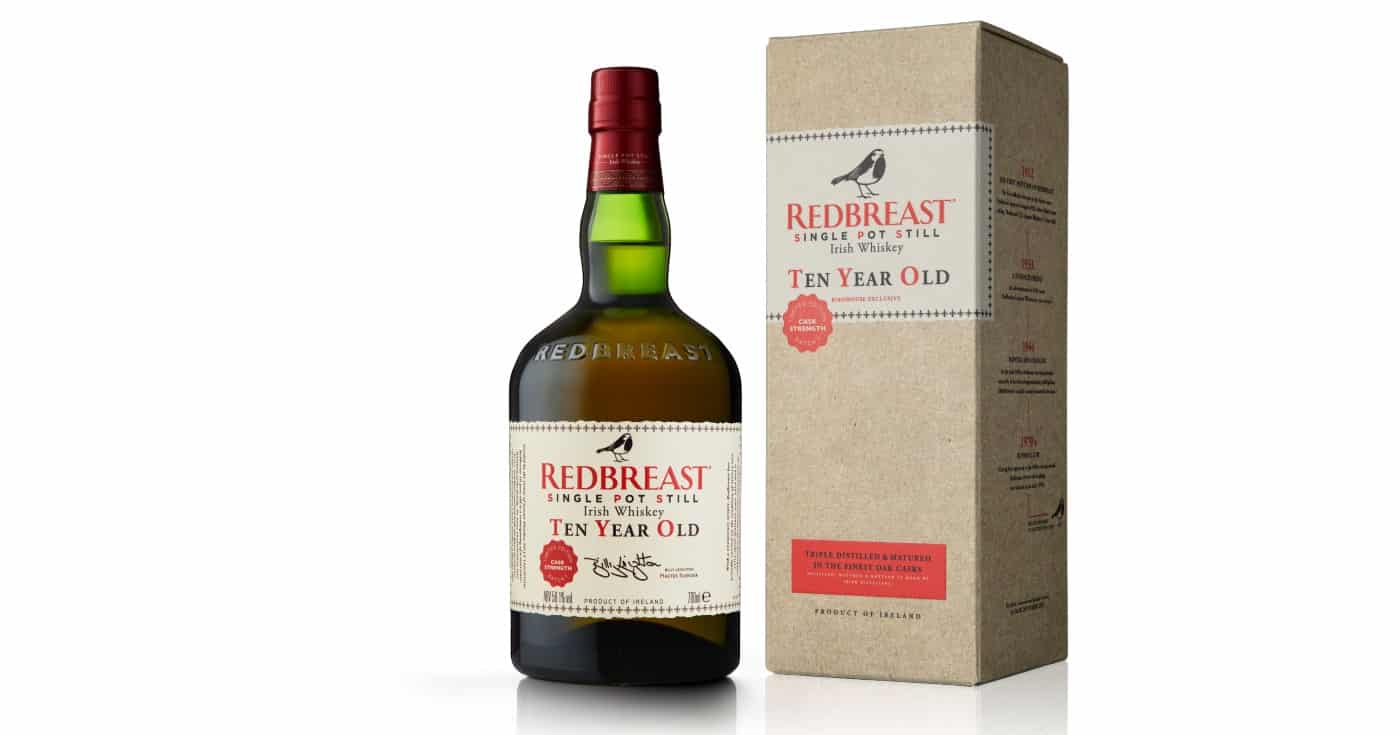 I’ve been wanting to review the Redbreast 10 Years Cask Strength Batch No.1 ever since it was released early last year, but it took me a while to source a sample. Finally, here we are. Potentially one of the more exciting Redbreast releases in recent memory.

The Redbreast 10 Years Cask Strength Batch No.1 celebrates the 30 year anniversary of the resurrection of the brand, after Redbreast almost disappeared in the 1980s. One of the people we have to thank for that is Jim Murray, who lobbied hard to keep this traditional Irish whiskey brand alive.

The anniversary release pays tribute to the expression originally sold and marketed by W&A Gilbey, a wine and spirits merchant in Dublin at the turn of the 20th century. They had ample supply of sherry casks and used these to mature Irish pot still whiskey sourced from the nearby Jameson Distillery at Bow Street.

That distillery is no longer in operation, but instead transformed into a tourist attraction. The new modern Redbreast 10 Years Cask Strength Batch No.1 is distilled at Midleton Distilley in Cork, as is the case for all Redbreast (and many other Irish whiskey brands).

The Redbreast 10 Years Cask Strength Batch No.1 is composed of three different styles of Irish pot still whiskey. But it’s the inclusion of a more traditional style of single pot still distillate, or Trad Pot, that pays tribute to the Redbreast’s predecessor that was last produced in the 1970s. Produced from time to time, this heavier style is characterised by capturing more of the latter part of the distillation run during the third and final distillation.

Spanning 10 to 15 years of age, the Redbreast 10 Years Cask Strength Batch No.1 matured in both American oak ex-bourbon barrels and Oloroso seasoned buttts from Spain. While it’s not my habit to comment on packaging, I can’t not in this case. It is spot on and subtly invokes a vintage feel without laying it on too thick. I absolutely adore the design.

The Redbreast 10 Years Cask Strength Batch No.1 was sold exclusively to members of the Birdhouse. All 7,000 bottles sold out in approximately 6 hours, despite a hefty price of 100 euro. You’ll now only find it on the secondary market, but I wouldn’t be surprised if they would release subsequent batches in the future.

Nose: Notes of leather, furniture polish and sandalwood, as well some elegant notes of cinnamon, fennel and cloves. Slightly perfumed and floral but also gentle tropical fruits like ripe bananas and peach. Finally a sliver of dark chocolate and cumin. Fantastic profile.
Taste: Such a creamy, oily mouthfeel followed by an assortment of spices, as well as some toasted oak, rye bread and tannins. Cloying dark fruits, figs and dark chocolate, but also roasted almonds, a whiff of cough syrup and menthol.
Finish: Long, rounded and warming with oak spices and herbs.

Conclusion
Impressively full bodied, I can't wait to see what the Redbreast 10 Years Cask Strength Batch No.1 will be like after a few decades of bottle ageing. It's already so good, but I would think this is a prime candidate to improve over time. Just a hunch, mind you.
8.8
Related
8.9