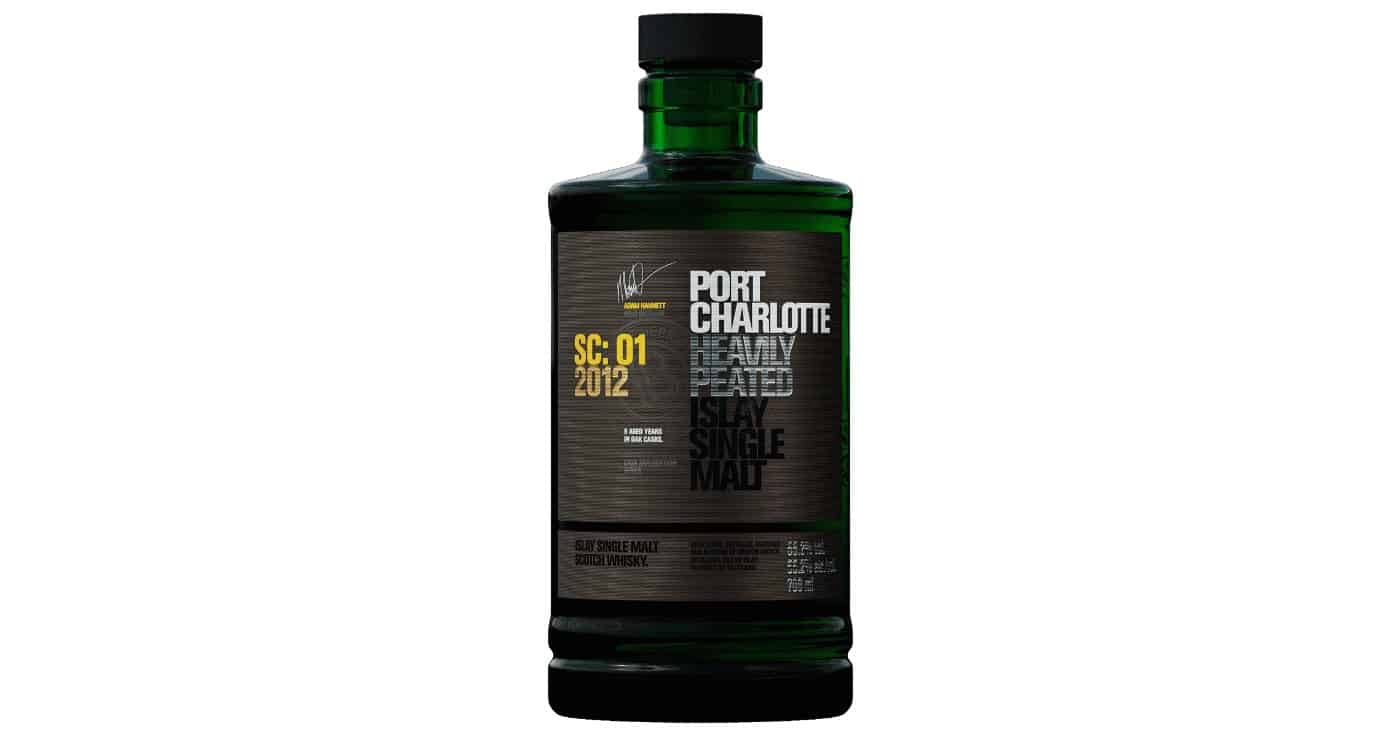 There’s new chapter in the Cask Exploration Series by Port Charlotte. After the OLC:01, MRC:01, MC:01 and PAC:01, the Bruichladdich Distillery recently presented this series’ fifth release. The new Port Charlotte SC:01 2012 9 Years matured partly in Sauternes casks, a French sweet wine from the region of the same name.

The Port Charlotte SC:01 is the first in the Cask Exploration Series to be made entirely from Islay grown barley. Grown by seven of the distillery’s farming partners all situated within 10 miles of Bruichladdich, the whisky was distilled from Concerto, Propino, Publican and Oxbridge varieties.

The barley was malted to 40 PPM by Baird’s in Inverness. Instead of using peat from Islay, they utilised peat from Caithness. According to Bruichladdich, “this Scottish mainland peat is thought to produce a softer, barbeque, heathery smoke in the Port Charlotte spirit as opposed to the more medicinal flavours traditionally associated with Islay sourced peat.”

In terms of cask management, the Port Charlotte SC:01 is the result of some intricate blending and re-casking. Head Distiller Adam Hannett probably explains it best:

“We had three different parcels of spirit that would culminate in this Port Charlotte SC:01. The first was a parcel of 16 sherry butts that were recasked into first fill Sauternes, then transferred back into ex-bourbon casks to preserve the balance of the oak, sweet ripe fruit and peat smoke.

Nose: Heathery smoke accompanies subtle farmy influences, burlap, and stone fruits like peach and nectarine, as well as charred pineapple and a touch of rubber. Plenty of caramel and raw sugar too. Not too peaty nor very coastal.
Taste: Lovely viscosity. Proper sweet arrival with an encore by the stone fruits, as well as heather honey, crushed mint leaves, black pepper and earthy peat. There’s a touch of soot here as well, followed by warm notes of tobacco, leather and sweet vanilla.
Finish: Long with a pinch of salt, lemon pith and charcoal.

Conclusion
Another proper showing from Port Charlotte, the subtle peat elements and the Sauternes fruitiness are a very good tandem. The Port Charlotte SC:01 might not be the cheapest for a 9-year-old single malt, but its quality certainly more than holds up.
8.8