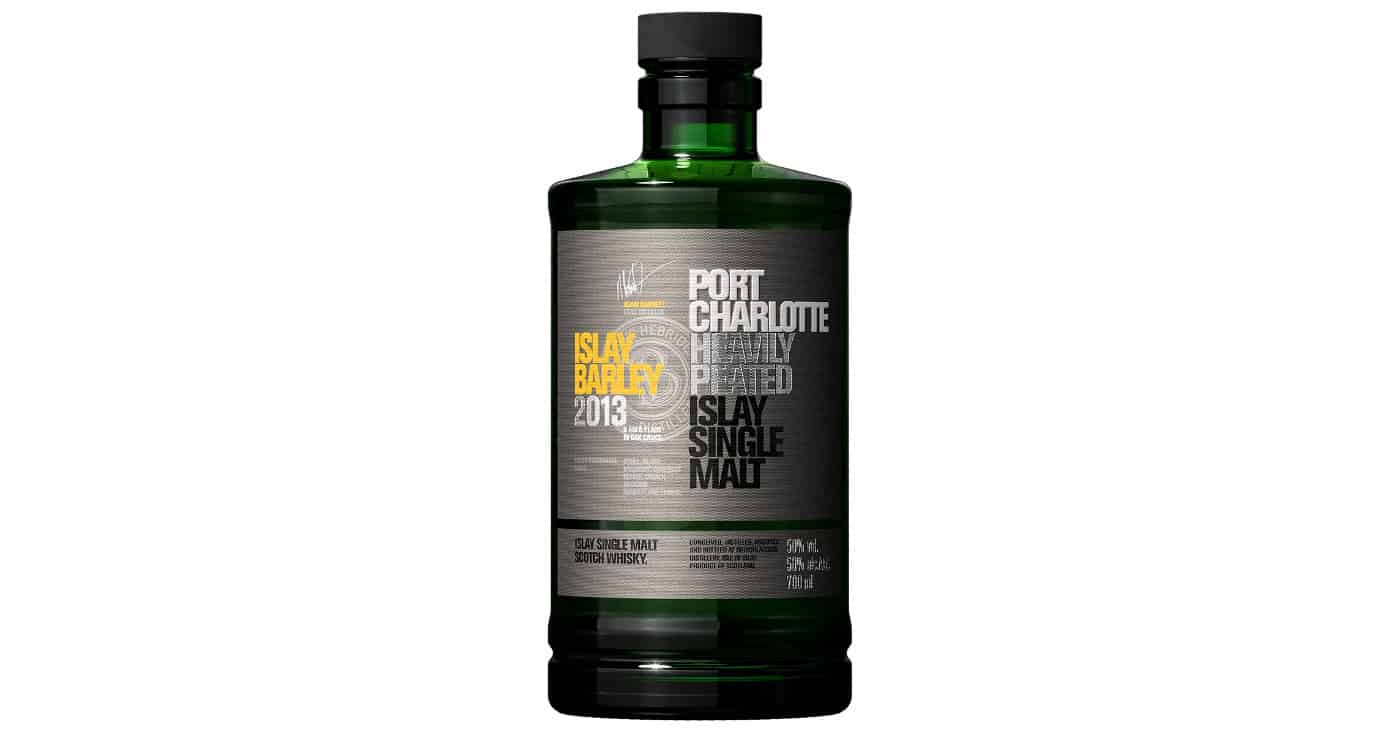 Talk about a review that’s long overdue. I’ve been sitting on tasting notes of the Port Charlotte Islay Barley 2013 for I guess about four months now. And it was released even earlier in 2021. But the Port Charlotte Islay Barley 2013 is still available in plenty of shops, including the Bruichladdich one, so if you’re crazy enough to buy whisky based on my writings, you’re in luck.

Bruichladdich’s Islay Barley releases, whether from their unpeated, heavily peated or ultra-heavily peated spirit, have always had a loyal following. The concept simply works. Barley is single malt whisky’s main ingrediënt, and focusing on it makes sense from a quality and marketing perspective, especially if your distillery is located on Islay, which is a brand name in itself.

Terroir of barley is an interesting topic and one that I’ve covered extensively. Barley grown on Islay should make for a different end result than when it is grown in other areas of Scotland (or the world). But different shouldn’t be mistaken for better. Purely from my own experience I’ve not found Bruichladdich’s Islay Barley whiskies to be substantially more flavoursome than their others. Or at least not in the same way that barley variety can influence a whisky, as demonstrated by their Bere Barley experiments.

It nevertheless adds an interesting wrinkle and it is never a bad thing to have more transparency about barley. It’d be great fun if we knew where the barley of some of the big brands was grown, but I doubt they even know in many cases. Or at least not to the extend of Bruichladdich.

They’ve collaborated with seven Islay farmers for the Port Charlotte Islay Barley 2013. Distilled from Concerto barley harvested in 2012, it was then filled into ex-American whiskey barrels for 7 years. A quarter of the liquid was ACE’d (which means Additional Cask Enhancement and is Bruichladdich speak for cask finish) first-fill Pessac-Léognan French wine casks.

Nose: Rather farmy with waves of earthy peat smoke, wheat biscuits and plenty of smoked peanut skins combined with barley husks and honeyed porridge. It also has this more medicinal, rubbery side with subtle layers of stone fruits and a whiff of geraniums.
Taste: Great viscosity and sweet peat followed by a wonderful maltiness. There are seashells, seaweed and whiffs of tar as well, but also honey, sultanas and cotton candy grapes. Finally a few touches of vanilla, mocha and hazelnuts.
Finish: More of the above. Long.

Conclusion
Bruichladdich in top form once again. The Port Charlotte Islay Barley 2013 has a nice complexity, sweetness (but not overtly so) and medium peat influence.
8.8