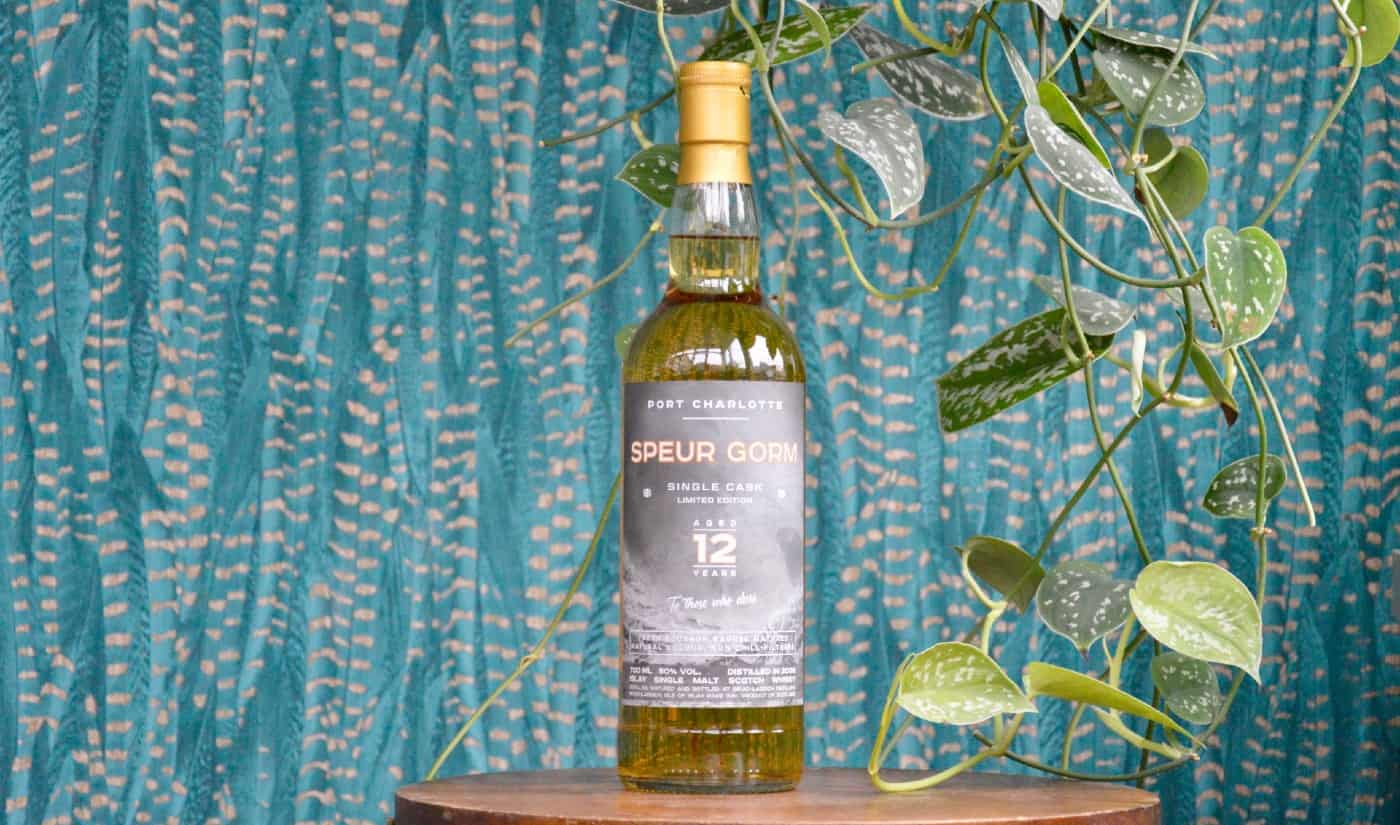 There’s always a good amount of Port Charlotte doing the rounds and just like the many young-ish Caol Ila that hit the market, you really can’t go wrong with Port Charlotte. That is if you’re into well-crafted, smoky Islay whisky. Today I take a closer look at a private release, the Port Charlotte 2008 12 Years “Speur Gorm”.

Unless you’re intimately familiar with Scottish Gaelic, you probably won’t know that Speur Gorm stands for Blue Sky. The name was chosen by Christian, a Canadian now living in Amsterdam. He bought this particular cask in November 2008 when he learned that he and his wife were expecting twins. That news came shortly after a motorcycle trip through Scotland, including Islay. There he visited eight distilleries, among others Bruichladdich.

Christian mentions the peculiar sounding name is more or less an inside joke. “On Islay the sky is mostly gray and I associate peaty whisky with malt drying somewhere on the floor of a warehouse with the windows open to the sea air. I had that exact vision when I visited Laphroaig! So I decided on “blue sky” with some art from my sister of exactly the opposite: gray seas.”

When the time came to bottle his fresh bourbon cask, Christian decided to bottle half at cask strength (62.7%) and the other half reduced to 50%, which is Bruichladdich’s standard bottling strength. While I’ve not had the chance to compare them, I imagine this reduced version is more my speed.

Nose: Notes of cooked green beans, pineapple, orange zest and vegetal peat, accompanied by bandages, lemon pith and smouldering embers. There are some lactic notes, as well as whispers of bung cloth. Seriously delicious.
Taste: Sweet arrival with tinned pineapples and ripe oranges, but also creosote, almonds, cracked black peppercorns and vegetal peat with a drying ashiness. The lemon pith makes an encore alongside
Finish: More peat, a touch of iodine and some vegetal notes too. Slightly drying.

Conclusion
A tad dry on the palate, which prevents a higher score, but I'm really nitpicking here. The Port Charlotte 2008 12 Years Speur Gorm is an excellent single malt. It's as if Port Charlotte is almost as consistently good as Caol Ila.
8.8
Related
8.9