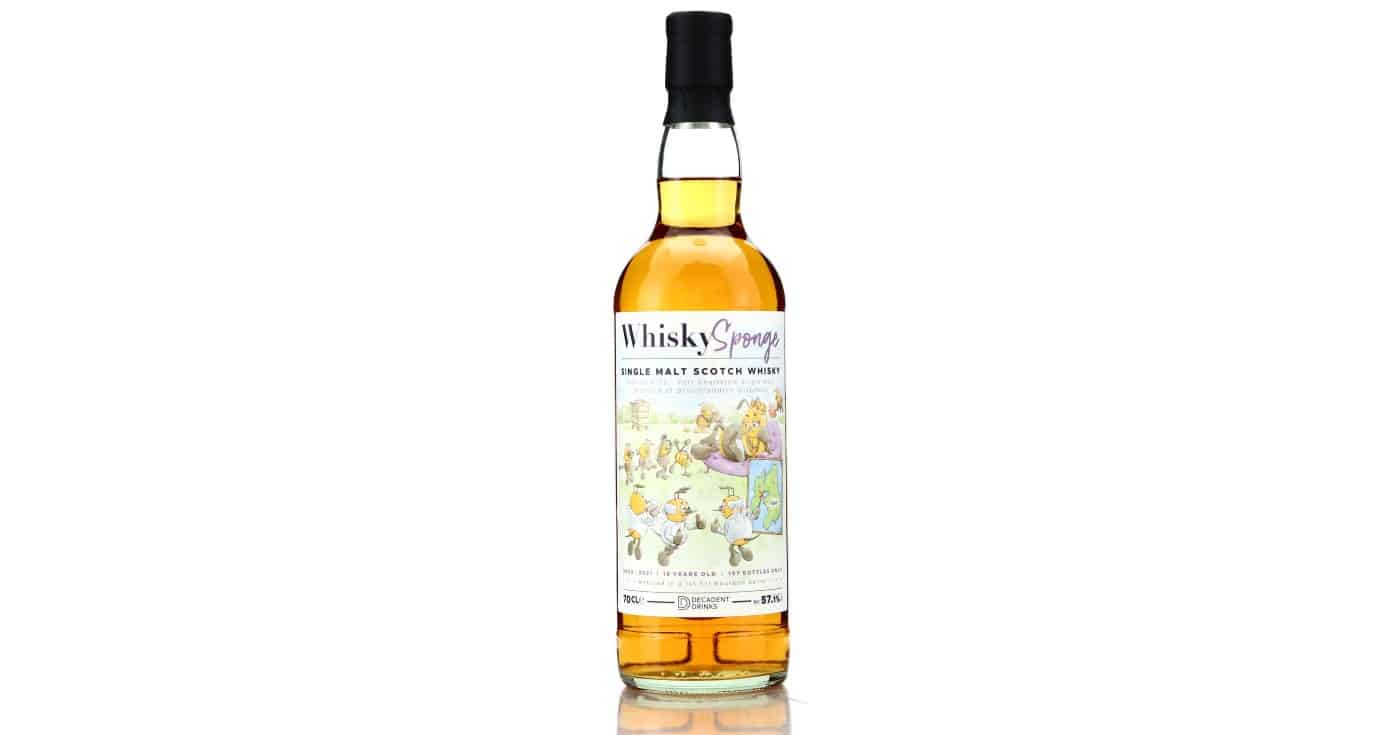 Did you know that the very first distillation at Bruichladdich after its revival was of Port Charlotte? Indeed, May 29th 2001 was the first time this heavily peated spirit was produced at Bruichladdich. Today’s Port Charlotte 2003 18 Years by the Whiskysponge is not THAT old, but nonetheless the oldest I’ve tasted to date.

From the get-go the team at Bruichladdich had felt the need to prove themselves. To prove that heavily peated whisky could also be produced at the distillery. Just five years after that first distillation the vision of then master distiller Jim McEwan was realised with the launch of the PC5 Evolution. Doubling down on creating heavily peated whisky, the very first Octomore was introduced just two years later in 2008.

Up until recently I’ve always looked at Port Charlotte as a relatively young brand, but earlier this year the 20th anniversary of the distillery’s revival was celebrated during Feis Ile. That inherently means there’s some very mature Port Charlotte around. Like, mature enough to legally drink itself. That’s how mature.

When tasting the 18-year-old bottling by Whiskysponge I couldn’t help but feel that it was part of a new era for the brand. I absolutely love the direction the spirit is going in. A fully-developed, milder, adult style that is much more suitable to my palate.

When I mentioned this to Angus MacRaild (he’s the person responsible for picking this cask), he agreed but was also quick to add that he thinks the first three vintages of Port Charlotte are something quite particular and special to begin with. While I have some experience with those early vintages, it’s certainly not a lot, so I’ll gladly take Angus at his word.

Nose: It’s fresh, yet farmy and with a lactic edge. Soft, subtle smoke interlaces with kippers, hemp ropes and mown hay. Even some black olives. It’s also wonderfully malty with sweet porridge notes, but then honey and oranges. I think I’m in love.
Taste: A bit more medicinal than I expected. Notes of creosote and even iodine, but also dried seaweed and smoked oysters. Touches of leather and tobacco as well brine and anchovies. Just a touch of cedarwood and mint, as well as lemon zest.
Finish: Fresh, farmy and sweet with an earthy, smoky edge. Long.

Conclusion
There's a maturity here that I've not yet before experienced in Port Charlotte. And because the phenols have settled down after 18 years of aging, it's that much closer to Bruichladdich in profile. Fantastic Port Charlotte by the Whiskysponge.
9.1