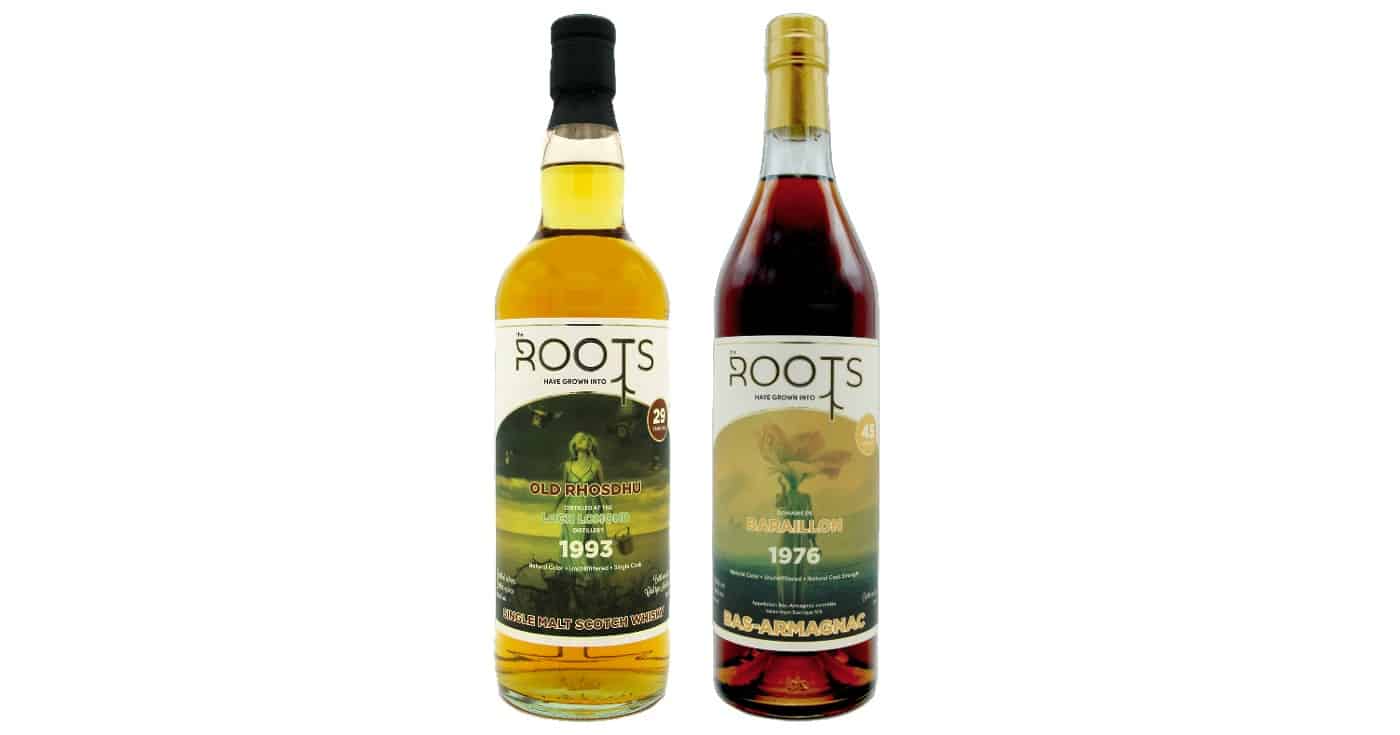 After a magnificent inaugural outturn, Belgian independent bottler The Roots returns with more. Today they release a new Old Rhosdhu 1993 29 Years, a whisky style from Loch Lomond Distillery that’s no longer being made.

As you may wel know, Loch Lomond is one of the most versatile distilleries in Scotland, producing many different whisky styles thanks to their peculiar setup. I’ve written about Loch Lomond’s innovative approach before. Innovative for Scotland at least. Producing different spirit styles within one distillery is more common in Japan.

In both cases (Loch Lomond’s and for a number of Japanese distilleries), this approach was born out of necessity. A fundamental need for different new makes to be able to keep producing their own blended whiskies. That’s why Loch Lomond has different types of stills, including their straight-necked pot stills, which is what this Old Rhosdhu 1993 was distilled in.

Loch Lomond stopped producing Old Rhosdhu around the turn of the century. Which is lucky for their current master blender, who was never a fan of this style that often displays some funky aromas. Old Rhosdhu is described as 1.5 times distilled, as it took a spirit cut from the wash still. The name Rhosdhu is still in use, but rather for the single grain produced by distilling 100% malted barley in a continuous still.

But before we move on to my review of the Old Rhosdhu (which is The Roots’ first single malt release), lets do a quick tasting note for the Domaine de Baraillon 1976 Bas Armagnac. This was released by The Roots in December and has since sold out, but I’ve a sample begging to be drunk. So here we go…

Nose: Opens up on hints of candied fruit, lychee and prunes, but also cigar boxes and tobacco with a touch of menthol. Then a whiff of Oloroso, honey and mocha with some subtle coffee grounds.
Taste: Dried apricots, mushrooms, walnuts and figs with impressive notes of dark chocolate. Also whiffs of fennel, pepper and raisins. The tobacco makes an encore as well.
Finish: Long. Lingering notes of chocolate, cherry marmalade and eucalyptus. Warming wood spices too.

Conclusion
A full-flavoured Armagnac that has both rustic and rather polished elements that work well together. Such a quality spirit with this small an outturn; it’s no surprise is has now sold out.
8.9

Conclusion
This is an acquired taste, much like Littlemill is. (Or was, there's not much of it around these days.) Old Rhosdhu doesn't neatly fit into a box. It's different. But I like different. It excites me. At the very least this Old Rhosdhu is something rather singular and old-style. There are shades of Littlemill, but weirder. Taste it if you dare.
8.9

Samples provided by The Roots