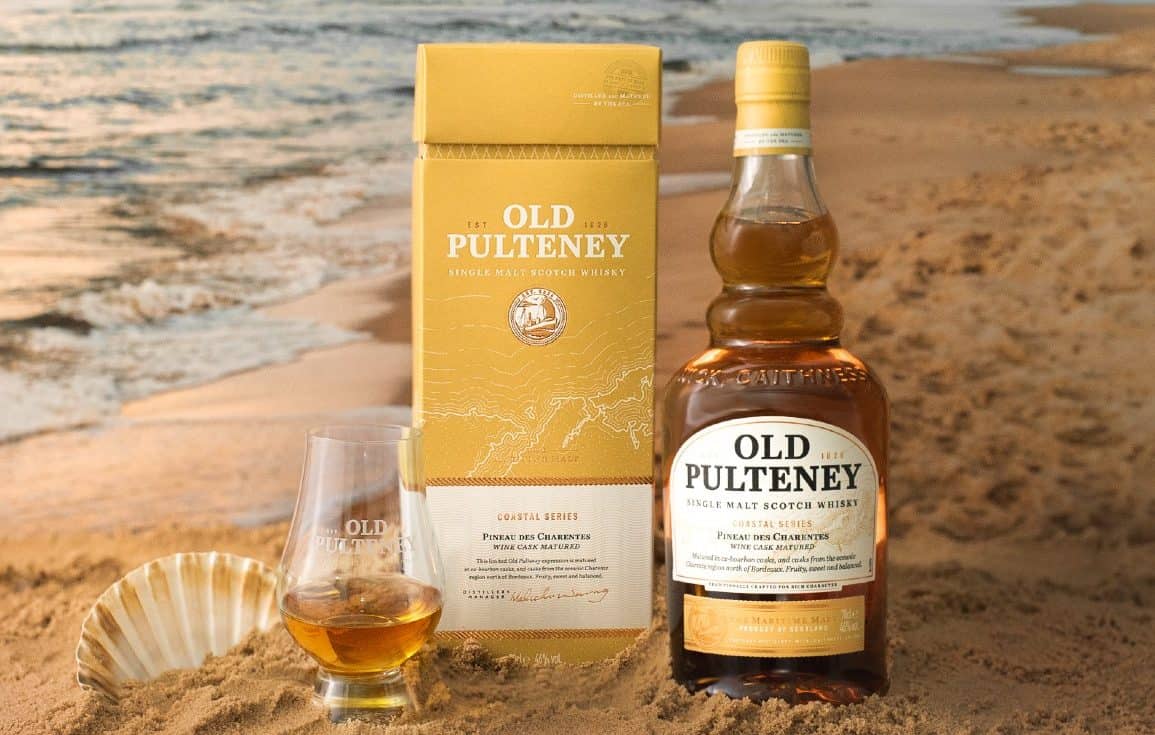 Old Pulteney has just announced The Coastal Series, made up of four expressions that will be released annually from 2022. The first will be the Old Pulteney Pineau des Charentes, finished in casks from the Charente-Maritime region in France.

Located in the far north of Scotland, Old Pulteney has adopted the moniker Maritime Malt. The fishing town of Wick lies at the end of a long coastal route along the northwestern Scottish seaboard. I’ve driven the route several times, both in stunning, sunny conditions as well as grey, windswept, foggy weather.

As distillery manager Malcolm Waring explains it, the sea is omnipresent in Wick and the surroundings of the distillery. Since all Old Pulteney single malt is matured in Wick, the coast leaves an unmistakable imprint on the whisky. I’ve noticed this from the very first time I’ve tasted Old Pulteney. The distillery’s distinct salty and citrus characteristics immediately drew me in.

It was this kind of maritime identity that inspired Old Pulteney to launch The Coastal Series. They’ve partnered with drinks makers from coastal locations across the world. The first partnership led Old Pulteney to Charente-Maritime, which is part of the Cognac producing region, but also home of Pineau des Charentes. Pineau des Charentes (or just Pineau for short) is often drunk as an aperitif. In a nutshell: it’s the result of blending Cognac and grape juice before ageing in casks. And you can read much more about this drink here.

Old Pulteney Pineau des Charentes has no age statement and initially matured in American oak casks. It’s not been disclosed how long the whisky was finished in Pineau des Charentes casks, but it is bottled at 46 percent. A little over 16,000 bottles will be released. A review of this whisky is in the works. Or at least, if UPS and Dutch customs ever release the sample that is on its way to me.

Waring said in a prepared statement, “We’re very pleased to introduce Old Pulteney Pineau des Charentes, the first in a new, exciting series by the brand. Old Pulteney’s past, present and taste is influenced by its home by the sea on the Caithness Coast,​ and The Coastal Series beautifully explores cask maturations that highlight wonderful expressions influenced by their global coastal homes.

Old Pulteney Pineau des Charentes will be available from October 3rd in the UK, France and Germany. It will be launched globally early next year.

Next
Why I Support The Online Scotch Whisky Awards