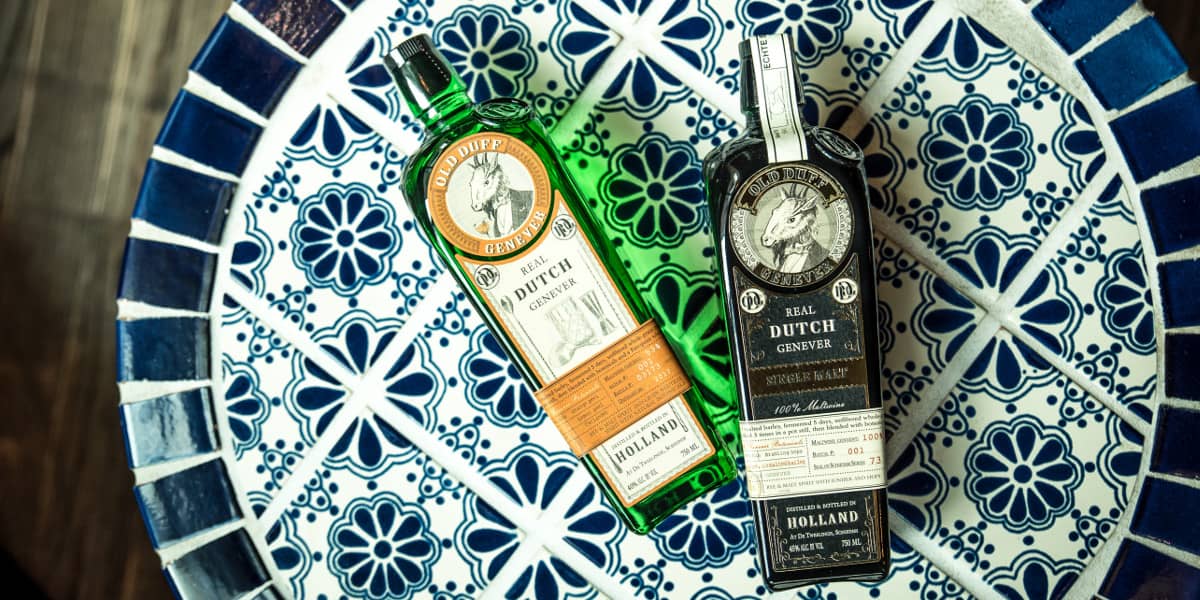 Old Duff Genever is a brand that has only been around for six months or so. It is real Genever made in The Netherlands, but curiously enough, this is only available in New York. Strange, no?

Well, there’s good reason for it. For you cocktail buffs out there, the name Duff might ring a bell. Old Duff Genever was founded by Philip Duff, a well-known bartender, educator and consultant of Irish descent, who has spent more than 15 years of his life in The Netherlands. During his time in The Netherlands, he lived not far from Schiedam, a city steeped in Genever history. There he learned about Genever’s storied past at the National Jenever Museum.

However, Duff moved to New York some years ago, which explains why his Genever is only available in that market. He never gave up on producing an authentic Dutch genever, which he decided should be an homage to traditional, authentic genever as it was made in the 1800s.

In family-owned company Herman Jansen, and their distillery De Tweelingh in Schiedam, he found a willing partner for his project. After a little while he finally settled on releasing two different types of Genever: Real Dutch Genever and a 100% Maltwine Single Malt.

Every drop of Old Duff Genever is milled, mashed, fermented and distilled in The Netherlands, which is certainly not a given when you buy a bottle of Dutch Genever. A lot is actually sourced from Belgium, at Filliers, or the malt wine at least.

Today, I’ll take a look at the Old Duff Real Dutch Genever, which is a mixture of 53% malt wine and 47% grain spirit. The maltwine consists of two-thirds rye and one-third malted barley, while the grain spirit is distilled from wheat.

It has more citrus influence than its Single Malt sibling, containing botanicals such as orange and lemon peel, as well as juniper, star anise, liquorice and coriander.

Nose:Porridge, rye bread, and some sweet barley sugar. A gentle fruitiness, mainly citrus, with hints of juniper and coriander.
Taste: Creamy, with grain at the forefront again, but also some cardamom. Just a hint of orange, and finally a whisper of aniseed.
Finish: Gentle lemon, and lingering grains.

This is all about showcasing the grain, and doing so while being perfectly balanced. Easily my favourite un-aged Oude Genever so far.

There are plans to make it available in London too, but currently you can only get the Old Duff Genevers in New York. You can find them at Astor Wine & Spirits, or in one of the many excellent cocktail bars over there.

At Dante NYC for example, where they made me a Bijou with the Old Duff, which worked really well. And I’ve had some other cocktails in which the Old Duff added a wonderful layer of graininess. What I’m trying to say is, this is fun to experiment with 🙂