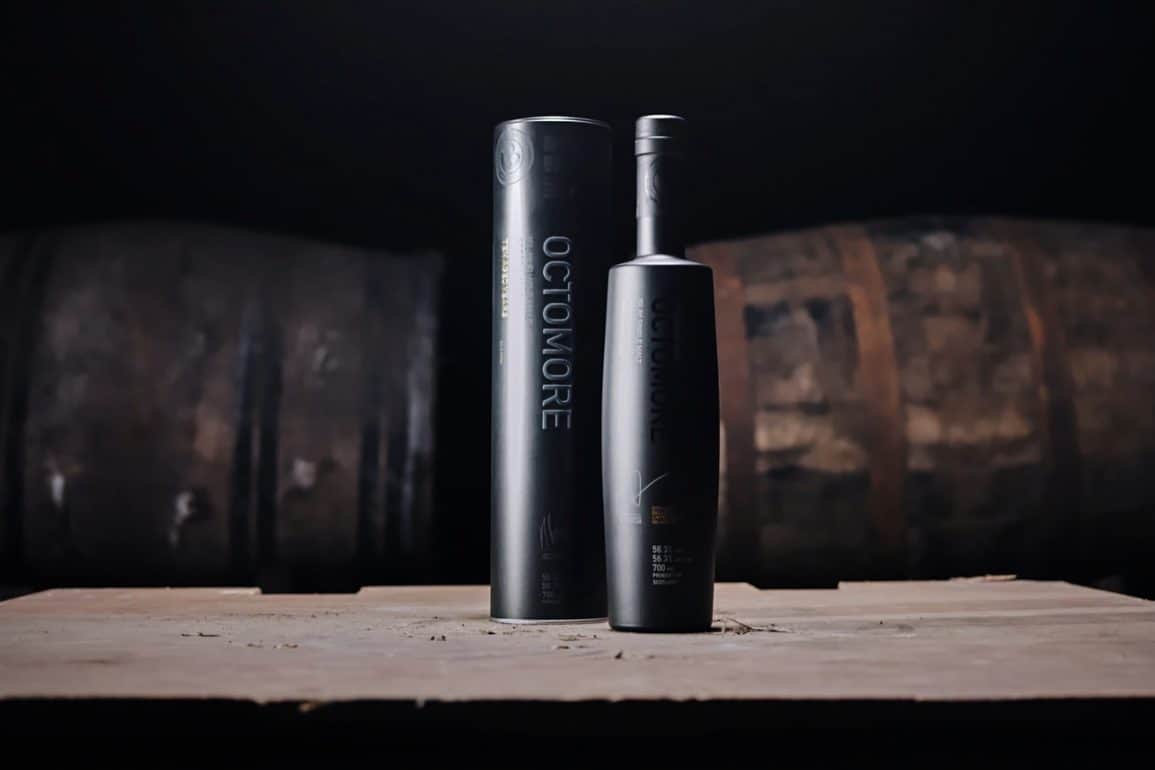 The concluding chapter of the Octomore 12 Series is here, the Fifth Edition of the Octomore 10 Years Old. This new Scotch single malt from Bruichladdich Distillery will be sold exclusively on the distillery website from the 1st of February 2022.

When the Octomore 12 Series (read my full review here) was launched in the fall of 2021, the absence of the Octomore 12.4 was immediately reason for speculation about a possible Fifth Edition of the Octomore 10 Years Old. Bruichladdich has adopted a similar strategy with earlier releases; foregoing a .4 edition and instead announcing a 10-year-old Octomore. In this case, past results actually were indicative…

The new Octomore 10 Years Old Fifth Edition is produced from the 2009 harvest of Scottish grown Optic barley, which was the dominant distilling variety at the time. It was then malted to 90.3 PPM, placing this vintage 2010 comfortably on the less peated end of the Octomore spectrum.

“At that age, with the quality of those casks, this Octomore is absolutely singing,” says Head Distillery Adam Hannett about the Fifth Edition of the Octomore 10 Years Old. He’s referring to an initial maturation of 5 years in first-fill ex-American oak casks, before being recasked into wine barriques for its final five years.

These casks are sourced from a bodega in northern Spain located in the Ribera del Duero region, a Spanish Denominación de Origen Protegida (DOP). The majority of wines produced there are made from red grapes, with the Tinto Fino being the dominant varietal. According to the Bruichladdich press release, the wine is known for its “intense flavour and complexity, owing to its altitude (~900m), exposure to wind and organic production methods.”

Bottled at 56.3% and limited to just 3,500 bottles, the resulting Octomore single malt is said to be “viscous, sweet and structured, with a touch of dryness from the tannic European oak.” I don’t doubt it, as I’ve tried some really enjoyable Octomore from red wine casks that fit a similar description. For some reason that combination hits a sweet spot for me.

The Octomore 10 Years Old Fifth Edition will be an online exclusive, much like the Bruichladdich Biodynamic and the Ternary Project. While I wasn’t going to order a bottle anyway (super heavily peated is not something I drink often enough), I can imagine this’ll bum out some fans of the brand. Since Brexit it has become a real nuisance to order pretty much anything from the United Kingdom.

If you’re based in the UK or willing to deal with excise duty and handling costs from shipping companies, you can get your bottle here.

Check out some of my Octomore reviews from recent years, including the Second and Third Limited Edition of the Octomore 10 Years Old. 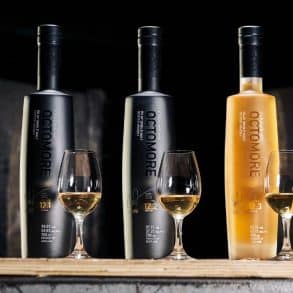