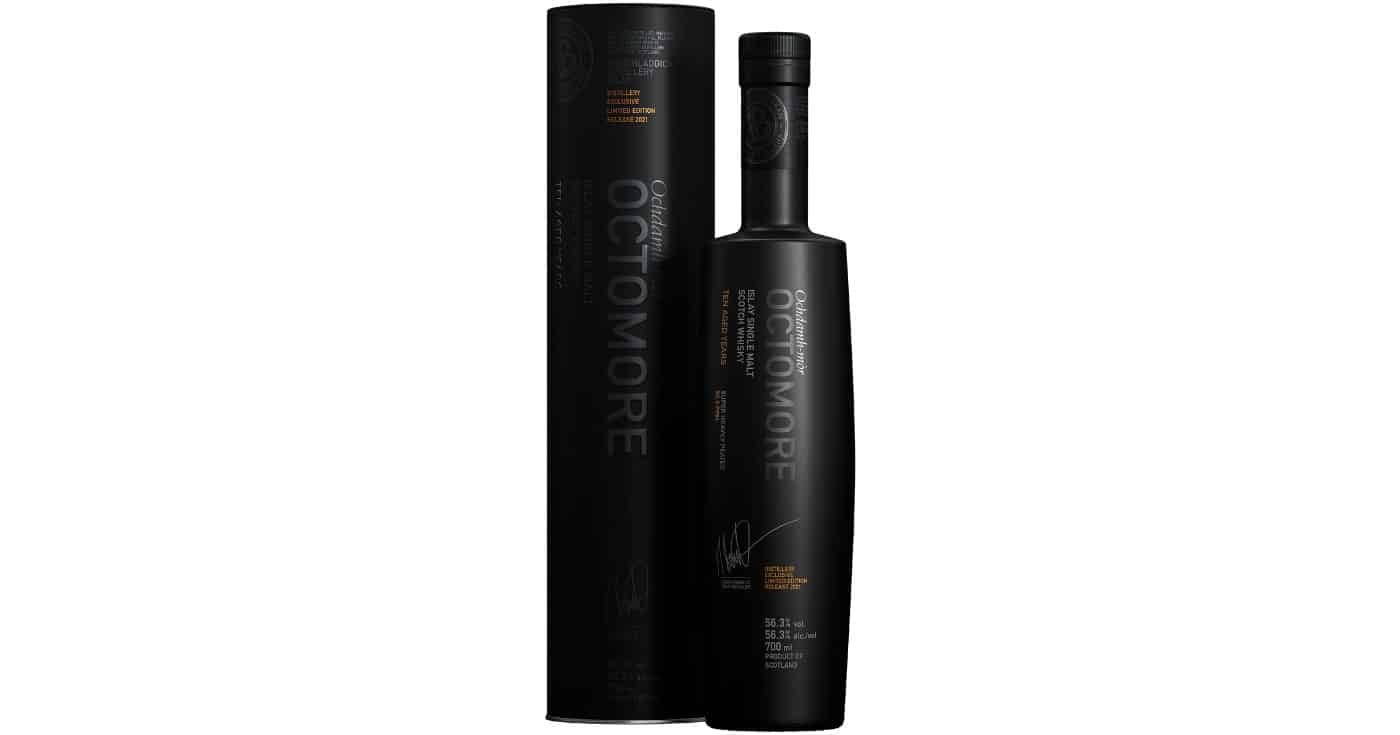 Octomore has always been a brand that has shined at very young ages. Five years, some heavily peated malt and an ingenious cask recipe is usually plenty to create a fairly rich single malt. But every once in a while Bruichladdich releases an older expression, such as the new Octomore 10 Years Fifth Edition.

We kind of knew it was coming. The previous Octomore 10 Years was released some 18 months ago, and the one before that in 2018, so I guess it was that time again. Also, when the Octomore 12 Series was launched in the fall of 2021, the absence of a .4 edition was notable. And when that was the case previously, it often meant that another edition of the Octomore 10 Years would be announced shortly after.

The new Octomore 10 Years Fifth Edition is made from Scottish grown Optic barley that was harvested in 2009. Optic barley was one of the main varieties at the time, at some point accounting for approximately 50 or 60 percent of the barley market. It was malted to 90.3 PPM, which is relatively low for an Octomore, especially one that has aged for 10 years. After all, the longer the maturation, the more phenols that are lost.

The initial maturation of the Octomore 10 Years Fifth Edition took place in first-fill ex American oak casks, but the whisky spent the final 5 years in wine barriques. These casks were sourced from an unknown wine region in northern Spain, Ribera del Duero, which is a Spanish Denominación de Origen Protegida (DOP). According to Bruichladdich the wine made there is known for its “intense flavour and complexity, owing to its altitude (~900m), exposure to wind and organic production methods.”

The Octomore 10 Years Fifth Edition is limited to just 3,500 bottles and sold exclusively on the Bruichladdich website.

Conclusion
I suppose I like my Octomore matured in wine casks. The Octomore 10 Years Fifth Edition is a wonderful amalgamation of the brute spirit (albeit somewhat tamed after 10 years) and the French ex-wine casks.
8.9
Related
8.9