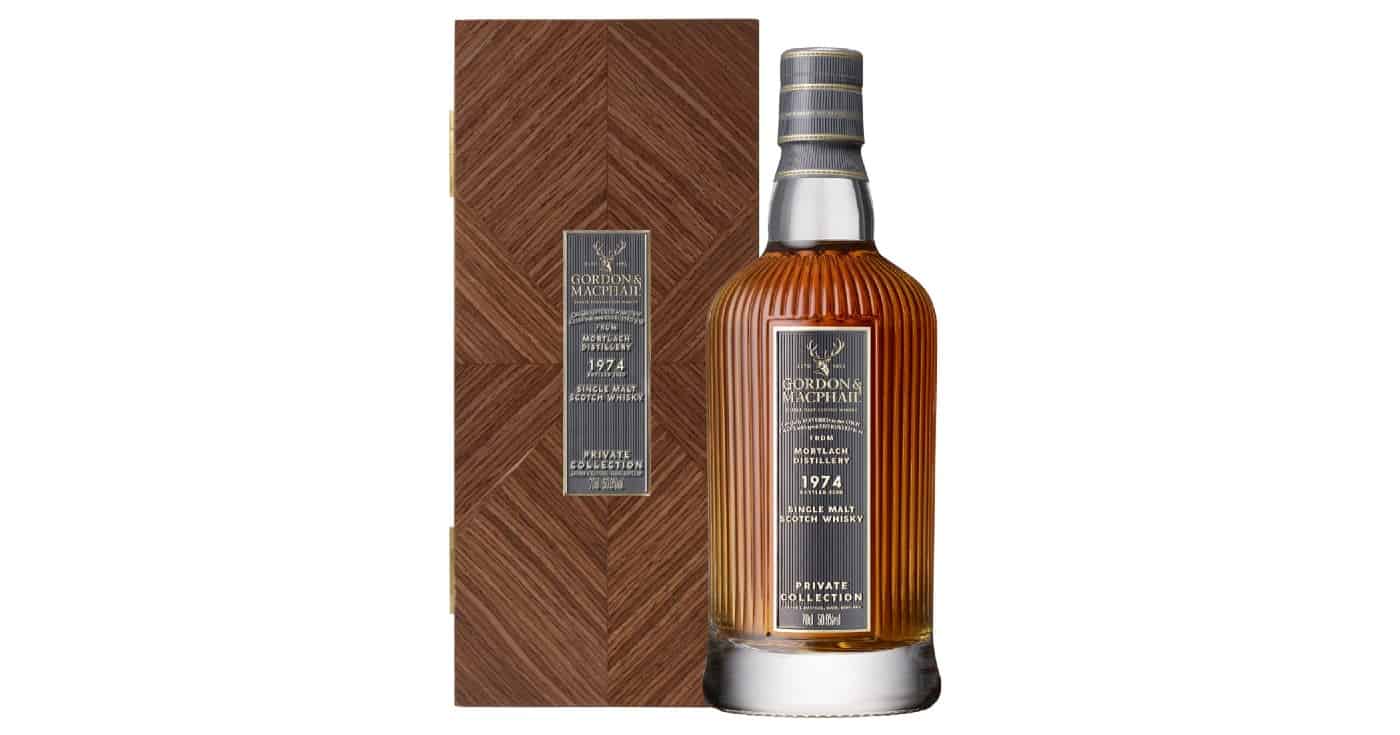 Let’s raise a dram to the wonderful whisky community we’re all a part of. And thanks to Rob I’m able to fill my glass with a stunning Mortlach 1974 by Gordon & MacPhail that has aged for 46 years in a refill sherry butt. Because he generously shared a sample from his own bottle. His own bottle? Yes, there are still people that open rare and exclusive releases like this Mortlach.

You might be surprised to learn that I barely know Rob. We’ve been in touch over the years as we’re both active on the Dutch whisky forum and he’s also a longtime reader of my blog. I’ve previously acquired samples from Rob—who’s an avid fan of Mortlach—including these exquisite bottlings from Milroy’s of Soho and Sestante. And some samples from my open bottles have made their way to him as well.

It’s a strange but wonderful thing, this whisky community of ours. Rob is just one example, but there are plenty of people that I’ve been in touch with for years, but have never actually met. All these people have a similar passion for whisky as I do. They enjoy discussing whichever minute detail, don’t mind sharing their knowledge and most importantly, relish the opportunity to share whisky from their own collection.

Now, I think you would agree that sharing whisky is always better in person. We haven’t been doing that as much as we would like, but recently I was reminded just how much social interaction heightens whisky enjoyment. When I’m by myself, I usually grab one of my daily drinkers, which are still really good, but I’ve certainly better open bottles in my collection. However, as soon as I’m with friends and loved ones, not even the best is good enough. That’s the kind of environment in which those precious whiskies really shine.

Being with friends also clearly lowers my threshold of opening new bottles. After all, that’s what whisky is intended for. But I’ve already many open bottles (some would say too much), and opening a new one just doesn’t always have the same cachet without others around. It’s much more of an experience with friends, regardless of whether a newly opened bottle lives up to expectations.

However, in the absence of much socializing these past 18 months, I’m grateful for the generous online whisky community. Not the flippers or investors, but the people that have an honest appreciation for whisky and for the people producing it. Or bottling it. Because Gordon & MacPhail might not have produced this Mortlach 1974 46 Years, they’re damn well responsible for us being able to still drink whisky as rare, revered and distinguished as this.

Nose: Lots of beeswax, pollens and furniture polish, this is undeniably very old sherry-matured whisky. There’s notes of burlap, musty oak and pralines, as well as mushrooms and dark fruits like blackcurrants. But brighter touches too, such as cherries, orange zest and whiffs of eucalyptus.
Taste: Mouthcoating and fairly waxy. Hints of almonds, tobacco leaves, plenty of leather and some shoe polish as well as mint. Touches of toasted oak and even a sliver of bonfire smoke. Somewhat tannic and drying, but mostly kept in check. Finally a touch of bitter chocolate and cinnamon.
Finish: Drying and somewhat herbacious. Plenty of oak. Long.

Conclusion
The oak and tannins are hard to miss and it might just be a little past its prime, but generally this Mortlach 1974 46 Years by Gordon & MacPhail is a delight to drink and a reminder that age often does matter. Thanks again to Rob for the sample!
9.1
Related
9