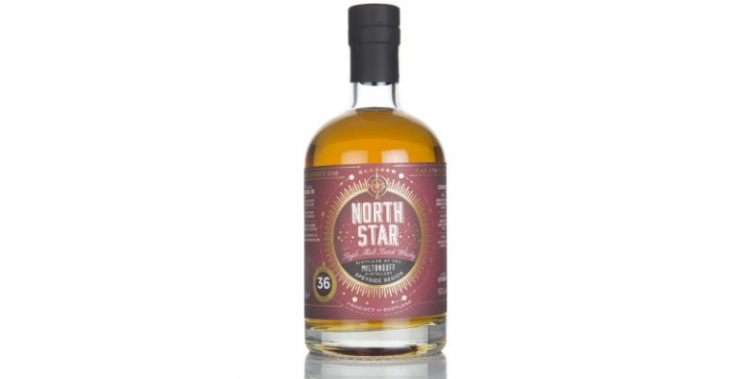 North Star Spirits is quickly becoming an independent bottler to watch out for. Often very fairly priced (I’m conveniently forgetting about the 12yo Ardbeg that costs 300+ euro). Overall some great cask selection, with some surprising long-aged whiskies as well.

Don’t think I’ll quickly forget this Bunnahabhain for example. A little while ago, founder Iain Croucher delighted us with this 36yo Miltonduff. A distillery often overlooked, but especially the older examples can be of outstanding quality.

Nose: Oily and with lots of sweet orange juice and slightly bitter orange peel. There’s a whisper of varnish and malt, with just a hint of vanilla pods and marmalade. Finally a whiff of puff pastry and lemon yoghurt. Good balance.
Taste: Nice creamy mouthfeel, with a sugary sweet, honeyed arrival, ensued by an array of spices, such as nutmeg, but also cinnamon and ginger, and an oaky bitterness. There’s some room for a mango fruitiness too.
Finish: Lingering bitterness, whiffs of sweet fruits. Medium in length.

A whisky that has probably spent just a little too long in the cask. The oaky bitterness is a tad too present to my liking. Good whisky, sure, but not nearly as good as this same vintage from Adelphi.