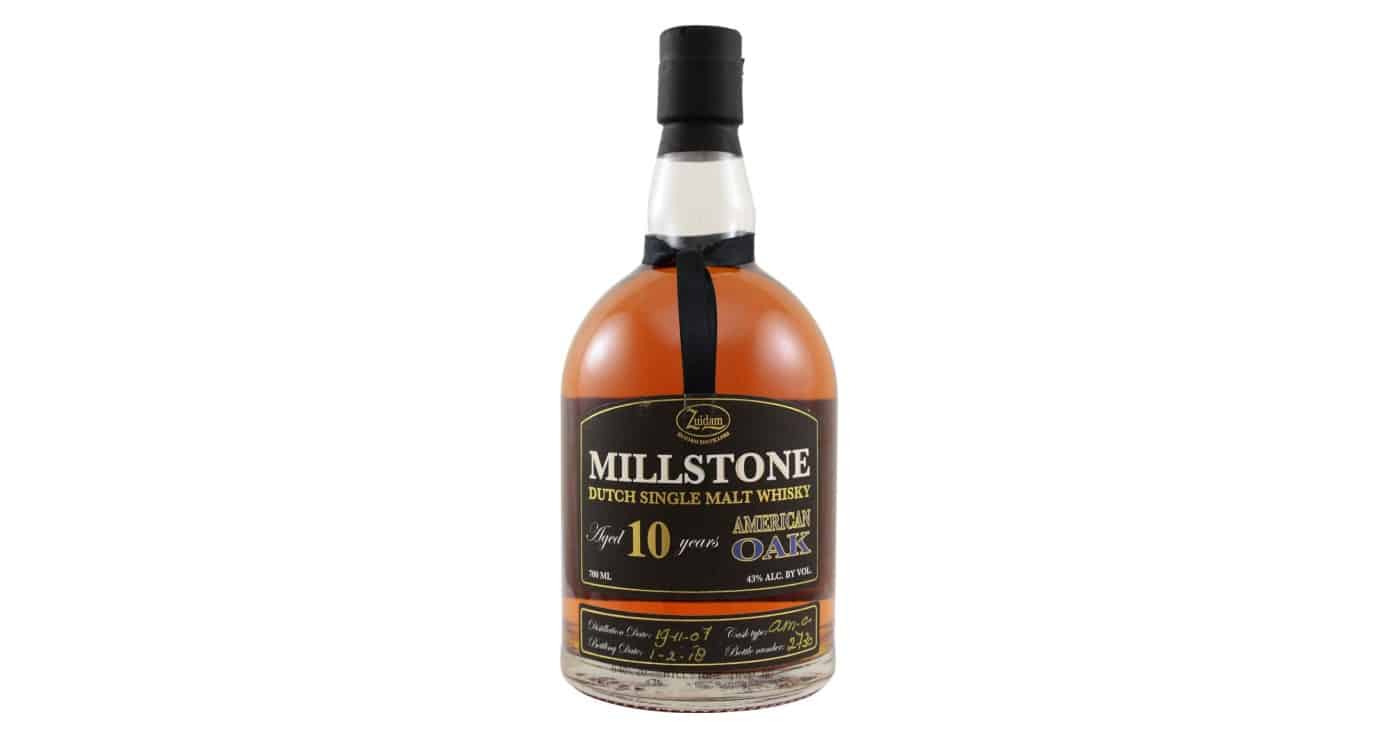 We’ve plenty of whisky distilleries in the Netherlands, but Zuidam is really the only one operating on a true international level with their Millstone brand. Their specials are worth looking out for, but so is the core range, which includes the Millstone 10 Year American Oak.

When we think of American oak in relation to single malt whisky, it’s usually assumed that this refers to ex-bourbon casks. But honestly? That’s a dumb assumption. Most of the sherry casks used for whisky maturation are made from American oak. Even solera casks are usually made from American oak. European oak (let alone other oak types) is actually rare and whiskies matured in it are a niche product.

Then again, I understand how this has happened. I get that most consumers might think that the Millstone 10 Year American Oak is an ex-bourbon whisky. For starters, pretty much all bourbon matures in new American oak casks (although bourbon can legally mature in any virgin oak cask). Afterwards most of these casks are then send around the world for other whiskies to mature in. In these instances American oak is basically a synonym for bourbon cask.

It also doesn’t help that one of Zuidam’s other core range products is the Millstone 12 Year Sherry Cask. Bourbon and sherry casks have sort of a ying and yang synergy in the minds of most whisky drinkers. When one product matures in sherry casks and the other in American oak, most people would surmise the latter to be an ex-bourbon whisky.

And they would probably be right in most cases, because it’s not just consumers that use American oak and ex-bourbon cask interchangeably. Producers do it too. However, not Zuidam Distillery. The Millstone 10 Year American Oak has matured in exactly what it says on the label – American oak casks. Indeed, virgin oak. Never before used to mature any other drink or spirit.

Now, 10 years in virgin American oak is a long time. I would even think too long. In my experience 6 or 7 years is usually plenty, and even that can be too much sometimes. But I’ve been proven wrong before, specifically by Zuidam. One of my favourite whiskies from theirs matured in virgin American oak for two decades. So there’s no reason why the Millstone 10 Year American Oak shouldn’t be good too.

Nose: It’s green, sweet and malty. Caramel-glazed banana, wholegrain bread, notes of dried grass and a touch of fennel. There’s an elegant touch of orchard fruits and stone fruits as well. Enjoyable.
Taste: Gentle spices and a warming sweetness upon arrival, but also gingerbread, crushed mint leaves and underripe banana. There are whispers of barley husks, replicating the malty influence already present on the nose.
Finish: Traces of cinnamon, nutmeg and vanilla. Medium in length.

Conclusion
I think the Millstone 10 Years American Oak is a classy dram. It has a malty backbone supporting herbacious, sweet and fruity notes with a few spices sprinkled in. Virgin oak for the win.
8.4