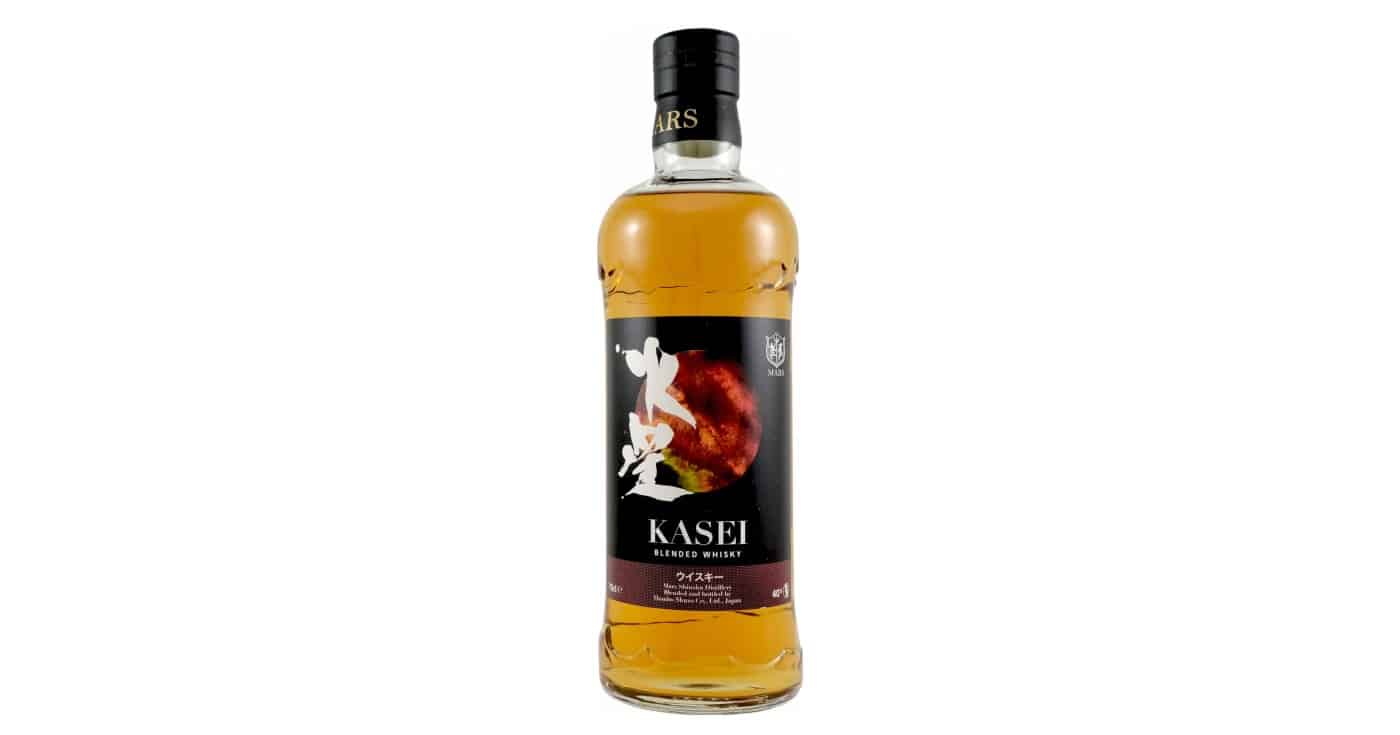 Well, they can’t all be winners.

Mars Kasei is a blended whisky. That’s it. I can’t tell you anything else about it. I know nothing about its provenance. The label might suggest it’s Japanese, with its writing and “Product of Japan” statement, but there’s likely not much Japanese whisky in there. Maybe there’s some, but probably mostly Scottish or Canadian. Or both.

Everybody was quick to applaud the Japan Spirits & Liqueurs Makers Association (JSLMA) when they announced their standards for Japanese whisky last year. But not much has changed, has it? I guess before the Mars Kasei might’ve been labeled as Japanese Blended Whisky, so at least that’s a minor win.

However, less-informed consumers will assume that this is Japanese whisky, purely based on the look of bottle. And I can’t blame them. Although the low price tag should probably be a warning sign. (Relative to Japanese whisky I mean, because it is overpriced for its quality-level.)

The standards (which are guidelines, not rules) had deflected some of the heat from the Japanese whisky industry for now. But the scam is still alive. As I’ve mentioned before, there are still so many loopholes for members of the JSLMA. Let alone the fact that there are plenty of non-members still going about their business.

So, let’s keep being critical of whiskies that are being passed off as Japanese. Let’s keep calling the Japanese whisky industry out. Because they’ve got such a long road to go still.

Conclusion
One of the more bland whiskies I've tried in recent memory, the Mars Kasai Blended Whisky is really not a whisky I would recommend. Maybe it's good in a highball, but the weather is cooler now and tasting this neat doesn't exactly inspire more exploration. With so much better whiskies available, I'd rather focus my attention elsewhere.
7