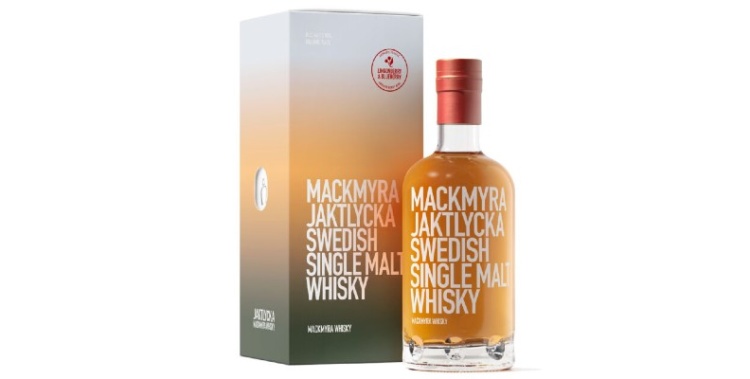 I’ve previously written favourable about Mackmyra’s seasonal whiskies, so I’m looking forward to trying their latest offering. As to be expected, the Mackmyra Jaktlycka (which roughly translates as ‘happy hunting’) is not your average single malt.

Mackmyra Jaktlycka celebrates the Swedish hunting season and the treasures that are found in their forests. To achieve this, the whisky predominantly matured in casks that previously held berry wine from a Swedish producer, Grythyttan.

As a result, the cask composition is truly remarkable. A combination of saturated (which I suspect is similar to seasoned casks) American, Swedish and ex-bourbon oak casks, as well as new and first-fill American oak and Oloroso casks. Cask sizes range from 30 to 200 liters, but as I understood most casks were on the smaller size.

Nose: A candy-esque sweetness with whiffs of cherry candy canes, but also fresh red berries and stroopwafels. Soft notes of vanilla, cinnamon buns and a whisper of menthol. Quite nice and intricate, although you’d have to enjoy your oak.
Taste: Creamy mouthfeel and with a (slightly overpowering) tannic quality, very tingly—not a word I’ve ever used before in a tasting note. A combination of vibrant spices and soft red fruits, but also a tinge of caramel.
Finish: Spices (nutmeg, pepper) and subtle fruits. Slightly ashy there on the finish. On the shorter side.

A bit heavy on the oak, hiding some of the fruitiness that is definitely here. Overall quite lovely but I don’t think it is on the same level as earlier iterations of Mackmyra’s seasonal whiskies.