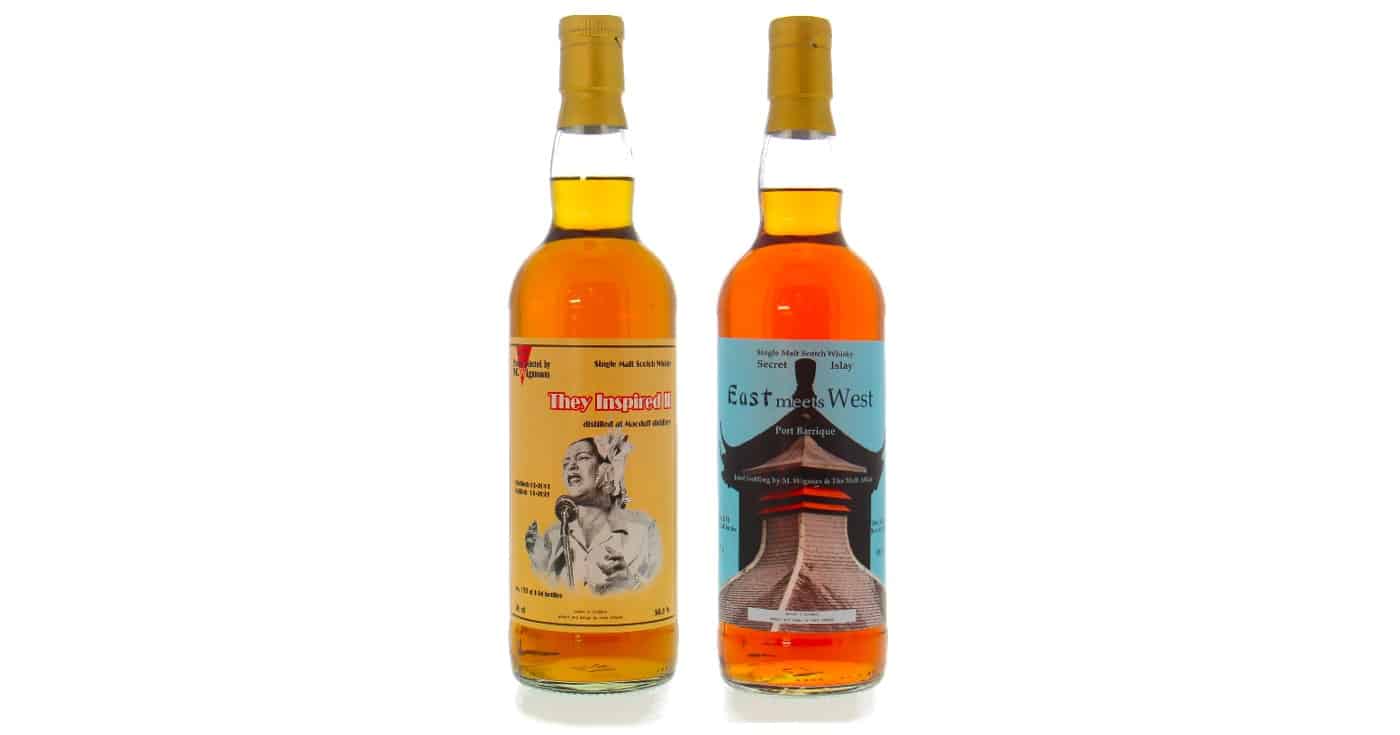 Michiel Wigman has released two new Scotch single malts, and they couldn’t have been more different.

The first is a Macduff 2011 10 Years that has matured in a (refill) sherry hogshead. The second is a Secret Islay 2011 10 Years from a Port barrique, which is a joint bottling with The Malt Affair in Singapore. The artwork and design on the labels of these has been done by Hans Dilesse.

Nose: A hit of furniture polish, burlap, mush bananas and light floral touches accompanied by a whiff of ginger, cloves and nutmeg. There’s room for some sultanas too, as well some apricots and gentle apple notes. Very subtle and well-integrated.
Taste: Bonus point for a very creamy mouthfeel. The arrival is spicy with cloves, ginger and nutmeg again, but there are also sweet touches of fudge, beeswax and sultanas. A whiff of mint, but also shortbread.
Finish: The comforting oak influence and spices linger for a decent while.

Conclusion
Very suitable to play around with adding water, this Macduff is a very pleasant surprise and delivers on several levels.
8.8

Nose: Meaty and savoury. Beef jerky, smoked paprika powder, bacon and red berries. Also textbook sweet peat with a nice salinity, nori and cranberries as well. Finally somewhat earthy with a touch of minerals, sage and other herbs. Becomes more medicinal with time.
Taste: Pickled lemons, herbs and even some light floral notes. That’s slightly different. There’s charcoal, a pinch of salt, medicinal touches and peat smoke as well, but those are less of a surprise. Also some star anise and burlap.
Finish: Herbal with sweet peat smoke, rubber and some gentle red fruits. Long.

Conclusion
Not your average Islay whisky, I'm not entirely sure what to make of this Secret Islay 2011 10 Years from Michiel Wigman.
8.5

I can’t really decide how much I like the Secret Islay 2010 11 Years from Michiel Wigman. And that’s mostly because of the palate, because I really enjoyed nosing this. And honestly, I quite enjoyed tasting it as well. That sample was gone before I knew it, in large part because it made me curious. It’s certainly different and maybe the synergy between cask and spirit wasn’t the best. But I guess that may just also have been what made it interesting.

There’s no doubt in my mind about the quality of the Macduff. It is just honest whisky with a lovely fruity, waxy base. The sherry cask had to have been a refill, because its influence was moderate and light, but certainly present. Both the Macduff and Secret Islay are available from Michiel’s webshop.