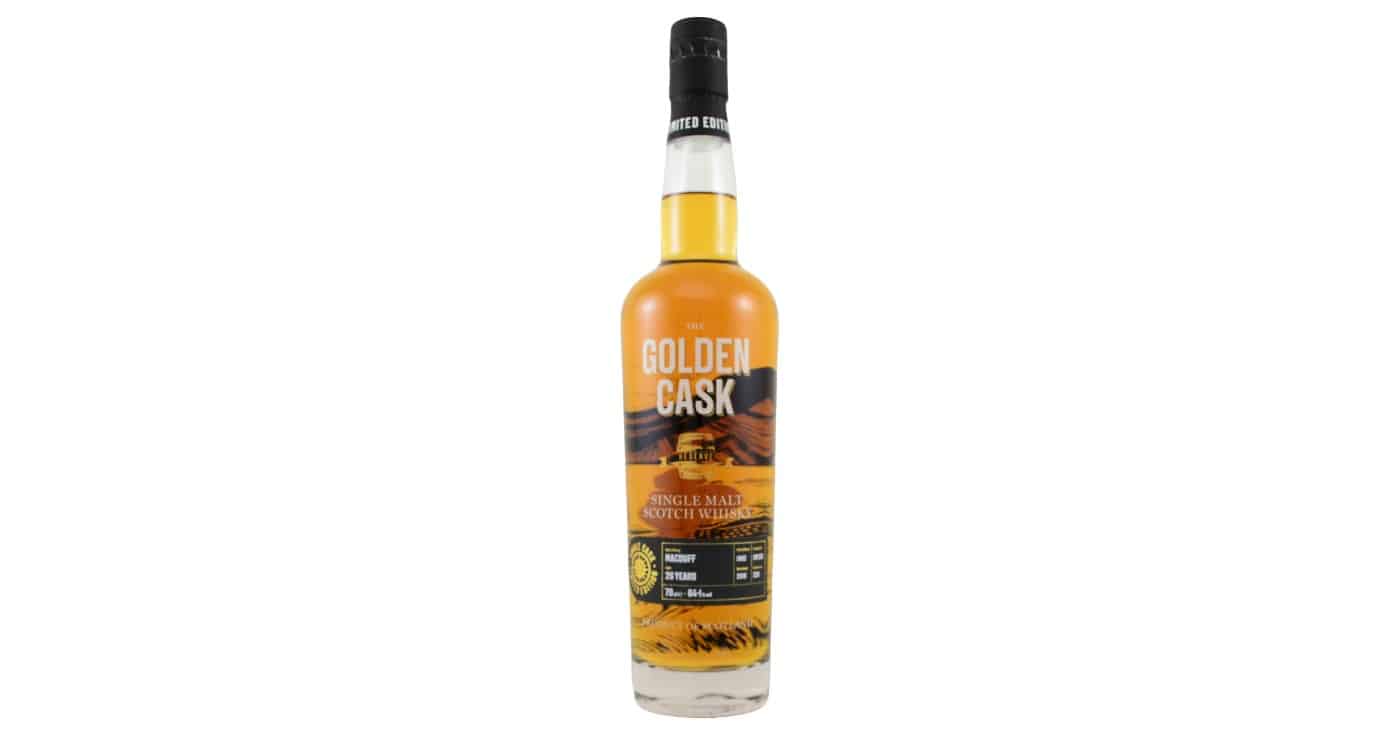 It seems like I’ve been overlooking Macduff. Reviewing this Macduff 1992 26 Years from The Golden Cask from a few years ago led me to check some of the other Macduff I had reviewed on here before. Spoiler alert: there’s not that many.

But that’s not what I meant by overlooking. I don’t find it surprising in the least that I’ve not given much airtime to Macduff over the past 8+ years of blogging. After all, they’re quite an indistinct, relatively new (1960s) distillery that mainly produces for the blends of its owner Bacardi, like Dewar’s and William Lawson. Yes, it was relaunched as a single malt (weirdly called The Deveron), but has made considerably less waves than sister distilleries such as Aberfeldy, Craigellachie, Aultmore and even Royal Brackla.

No, what I meant by overlooking, is that my previous experiences with Macduff should’ve encouraged me to do more of a deep dive into the distillery. Counting today’s Macduff 1992 26 Years from The Golden Cask, I’ve only reviewed four releases from this distillery. But I’ve rated them between 88 and 91 points, across ages ranging from 10 to 38 years. Maybe I’ve just been lucky in the whiskies that I chose to review, or maybe there’s something more to Macduff that I’ve been missing out so far. It certainly makes one wonder.

Nose: Some pecans and roasted coffee beans, but also vanilla pastry, subtle candied fruits and sugar icing. Then some Galia melon, blossom and sandalwood. Fresh and summer-y vibes with a pronounced sweetness.
Taste: I mean, it is drinkable at cask strength, but I immediately feel this compulsion to dilute. So let’s start there. Now, that’s better. Sweet arrival with flower honey, straws and mulch, but also stewed apples, orange marmalade and lemon pith. There’s a touch of menthol and charred oak, as well as cloves.
Finish: Lingering oak, crushed mint leaves and bitter fruits. Medium to long.

Conclusion
If there's one takeaway here, it is that this Macduff 1992 26 Years swims really well. It takes water like a champ and gives plenty of opportunity to play around. Now, I'd rather The House of MacDuff would've diluted it to a better suited drinking strength, but I guess now at least you can stretch a bottle further.
8.8