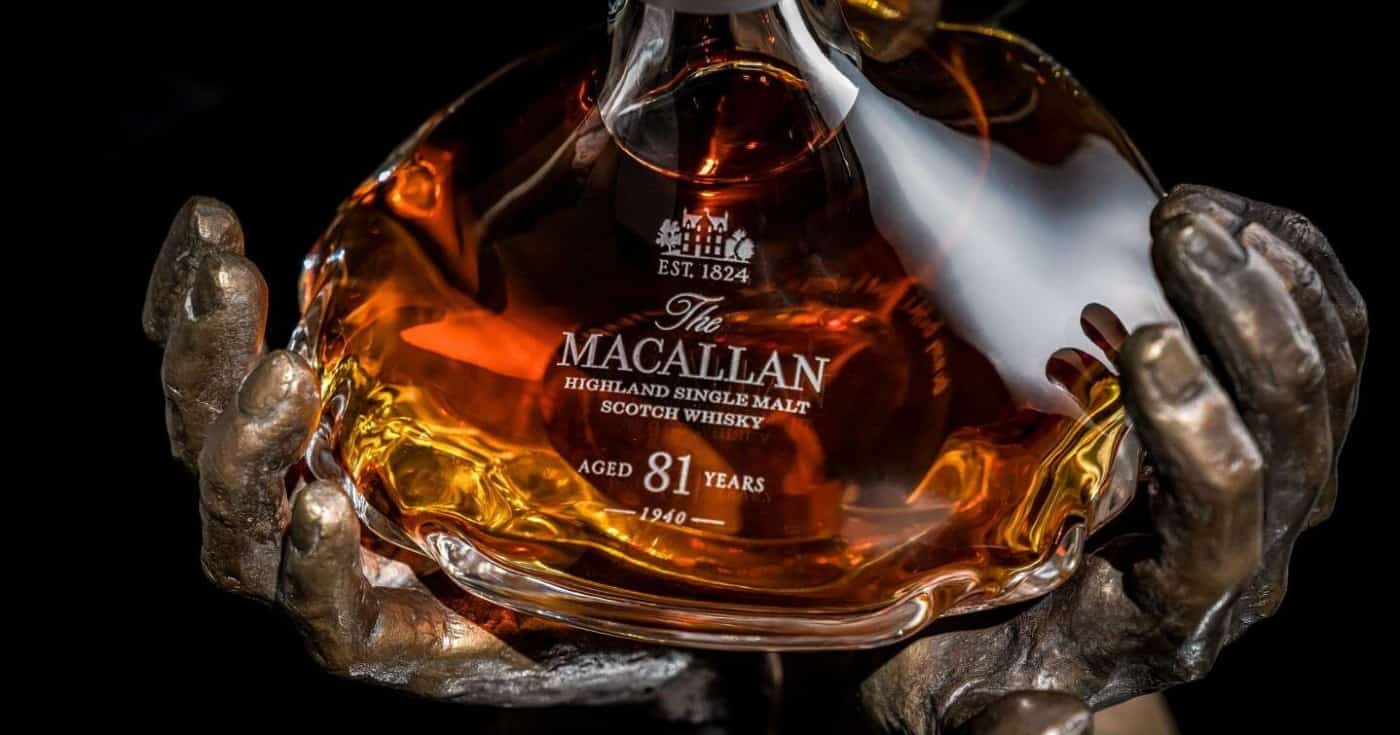 The Macallan has taken the lead in what has become sort of an arms race with independent bottler Gordon & MacPhail. The Speyside distillery has just announced the Macallan The Reach. At 81-years-old it is the oldest Macallan ever and the oldest Scotch single malt whisky ever bottled.

It’s not that long ago that Gordon & MacPhail announced their Glenlivet 80 Year Old from the Generations range, which has now been dethroned by the new Macallan The Reach. Sold at a £92,000 per decanter the new Macallan sits in the same price bracket. That’s actually slightly surprising considering the stature of The Macallan, which is the ultimate whisky luxury brand. I honestly would’ve expected an even higher price.

With just 288 decanters available, The Macallan The Reach matured in a single sherry cask. Each bottle is cradled by a bronze sculpture of three hands, created by Scottish sculptor Saskia Robinson. Each of the hands represents characters in Macallan’s history. One symbolises the distillery workers of 1940, another of former chairman (and creator of The Queen’s Gambit) Allan Shiach, whose father would’ve been in charge when the whisky was filled into the cask. The third is of current Master Whisky Maker Kirsteen Campbell.

She commented in a prepared statement: “It is an honour to introduce The Reach. Created during a turbulent time in the world, this extraordinary expression showcases The Macallan’s history, ingenuity and unmistakable strength of character.

“The creation of many hands, The Reach has been a truly collaborative effort. It’s also a tribute to the people who made this precious whisky, and their enduring spirit which never wavered.

“Its deep auburn hue is the first hint of this remarkable whisky’s astonishing depth. Offering notes of dark chocolate, sweet cinnamon and aromatic peat, leading on to treacle toffee, crystalised ginger and charred pineapple, before giving way to an intensely rich, sweet and smoky finish.”

Bottled at 41.6%, these are Master Whisky Maker Kirsteen Campbell’s tasting notes for the Macallan The Reach.

The Macallan The Reach is going on display at the Macallan distillery near Craigellachie starting February 9. It will go for sale later (no word on when exactly) at The Macallan domestic and travel retail boutiques.