Sherried Macallan, from the 1980s, bottled by Cadenhead? That’s a recipe that should work out really well.

This Macallan 1987 17 Years Old is a bottling that has shown up a lot in auctions over the past one or two years. Sometimes they were even sold by the case. I suspect most of these come from the same source. Someone must’ve bought A LOT of these when they were released in 2005.

While I thought about bidding on one of these, I never actually did, as most of them went quickly past the £150 mark. Add auction fees, and that’s more than I want to pay. But in a swap with Matt from The Dramble I did actually obtain a sample, giving me the chance to taste it after all.

Nose: There’s a thin veneer of copper coins. A sort of metallic sourness that I usually expect in a Ben Nevis, although it is less dominant in this Macallan and disappears after a little while. There is also plenty of sherried goodness. Not extremely exuberant, but still a fair amount of chocolate, cocoa powder and rum soaked raisins. Oranges make an appearance too, as well as a whisper of aniseed.
Taste: More pronounced sherry influence here. Lots of cocoa, cherry syrup, blackcurrants, raisins and a nice pinch of cinnamon, accompanied by cloves as well. There’s some damp wood here too, and even a hint of balsamic.
Finish: Somewhat spicy, before returning to a more earthy, chocolaty finale.

It gives you everything you’d want from a middle aged, sherry matured whisky. Not much too fault here. Not even the unexpected Ben Nevis-esque whispers distract from the fact that this is a high-quality whisky. 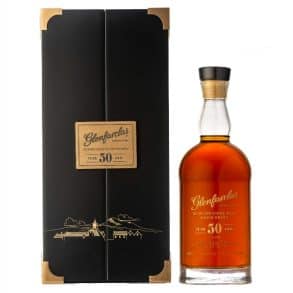