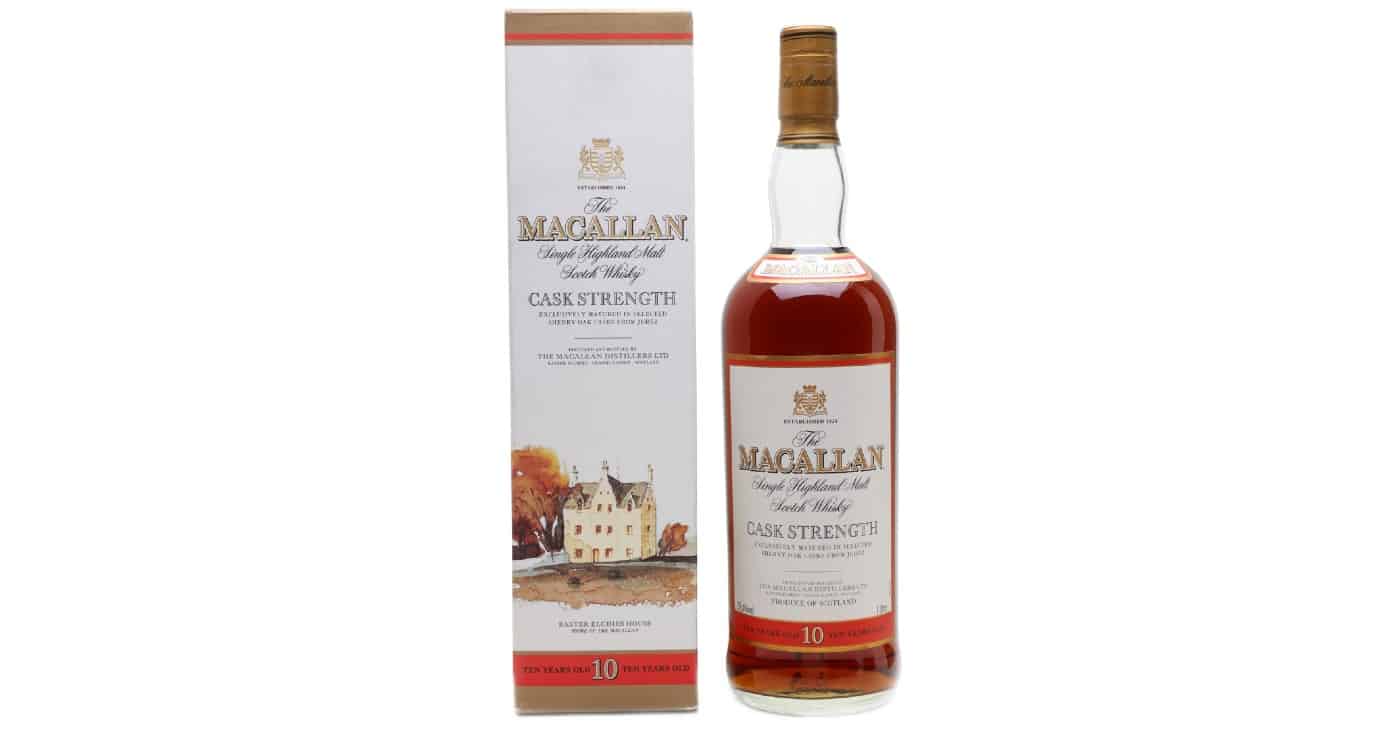 The distillery had already diversified their range when I first got introduced to The Macallan by adding the Fine Oak series, essentially changing the profile of their whisky from exclusively sherry matured to one that was much more reliant on bourbon maturation. It was a maligned change of course but fans of the original style needn’t worry at the time, because there was still plenty of sherry-matured Macallan available — the most important being the annual edition of The Macallan 18 Years Sherry Oak.

The Macallan 10 Years Cask Strength wasn’t far behind. It had a great reputation and most importantly, it wasn’t an investor’s or speculator’s whisky back then. Bottles of it were bought, opened and shared with others. Mind you, that might as well be a fantasy world to me, as I don’t actually remember such a time. It wasn’t legal for me to drink in the early 2000s. I’ve only ever heard stories from the people that experienced single malt whisky during a much more affordable time.

Getting your hands on a bottle of The Macallan 10 Years Cask Strength is nigh on impossible right now, unless you have very deep pockets. And that’s okay, no need to get all worked up over it. While maybe not on the same level and with the same profile, there are always sherry-matured, cask strength alternatives out there. A few years ago, earlier editions of the GlenDronach Cask Strength were excellent. Now the GlenAllachie 10 Years Cask Strength series has a huge following. And don’t forget the Tamdhu Batch Strength or Glengoyne Cask Strength range. Who’s to say, but given time these whiskies might gain legendary status.

That’s not to say it isn’t a privilege to be able to taste an older bottling of The Macallan 10 Years Cask Strength. And that’s because there still are generous people sharing their bottles. Bought during a time when they were still affordable, these taste all the more sweet now. Paul, thanks so much for this!

Nose: Very fresh and without the dry, cocoa powder-esque notes you get in certain modern sherried whiskies. There are plenty of vibrant red fruits, cherry syrup, and even some decaying leaves and dunnage notes. Nutty oloroso with some pralines, raisins and flower honey in the background. Water brings out soy sauce. Wonderfully complex and layered.
Taste: The arrival is a little less polished than expected, with some pepper and cloves to kick things into gear. Notes of almonds, ginger and orange peel with some added furniture polish, brown sugar and raisins. There’s touches of roasted coffee beans as well, followed by tobacco and soft floral touches.
Finish: Lingering herbal notes of tarragon followed by mild red fruits and plums.

Conclusion
It's the depth and complexity that mainly sets this Macallan 10 Years Cask Strength from the early 2000s apart. There's so many aspects to this dram that deserve exploring. It continued to evolve when I had it in my glass. Highly recommended if you ever get the chance.
9

Next
Introducing: GlenDronach 50 Years – The Distillery’s Oldest Yet