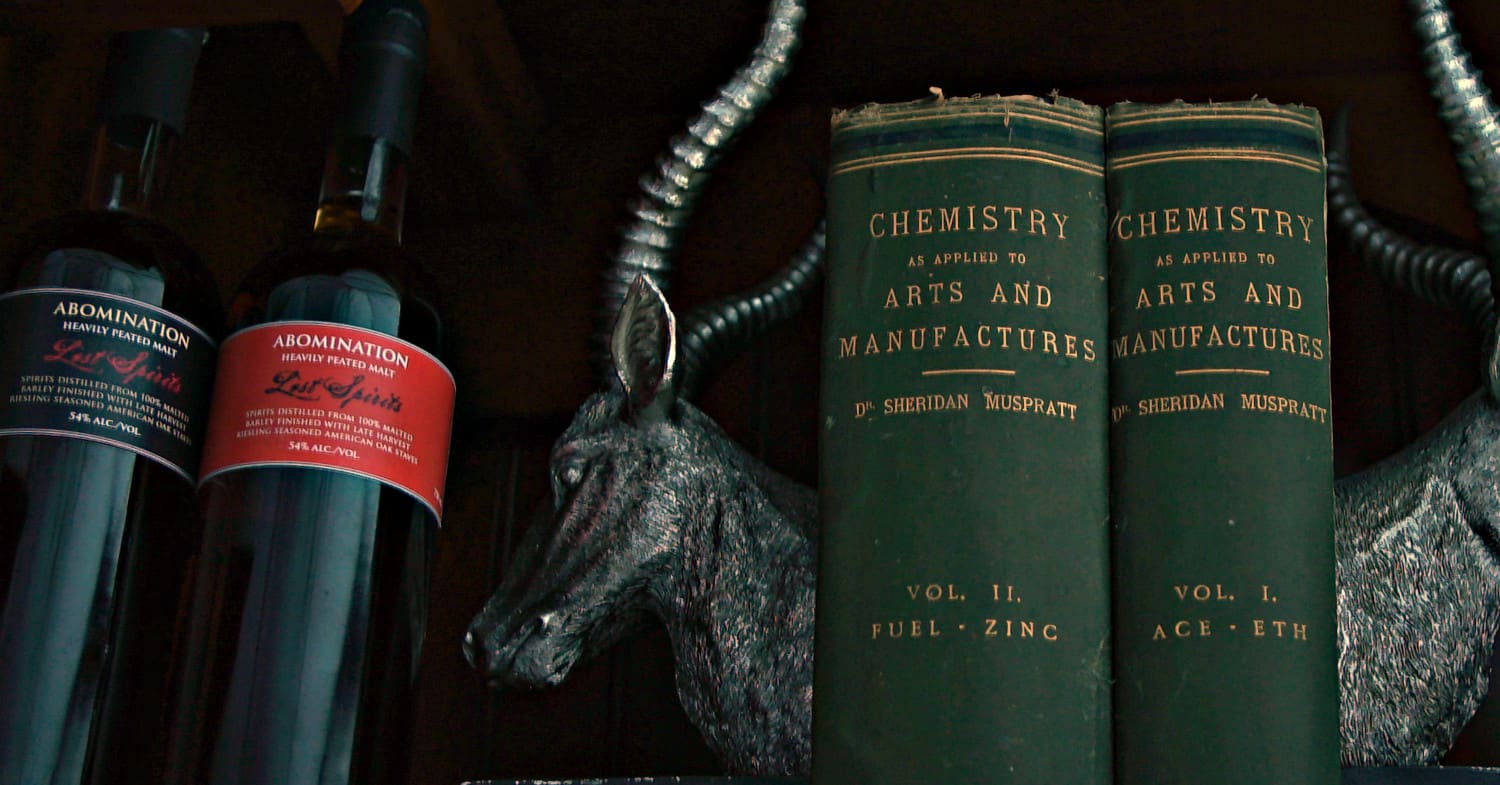 You might sometimes call a whisky unique. And in a sense that’s true for every whisky. No batch and no single cask is exactly the same. But it’s not often you come across something truly unique. Today however, is one of those days.

In the last few days a bit of publicity was generated by Lost Spirits Distillery for their two Abomination whiskies. They sent a press release touting the scores they received in Jim Murray’s annual Whisky Bible for The Crying of the Puma (93 points) and The Sayers of the Law (94 points).

NAS with a Twist

Yes, those are the names of the whiskies. Just to clarify, Lost Spirits doesn’t call these products whisky, they simply call it ‘peated malt’. Because it’s convenient, I’ll call them whiskies the rest of this article. Anyway, you can probably guess that a whisky with such an intricate name has no age statement. Be that as it may, these are indeed NAS whiskies, but with a twist. A big one. It is that twist that has a bunch of people’s panties in a… well, twist.

Please tell me more, you say? Both Abomination whiskies have a 12 to 18 month spirit from an undisclosed Islay distillery as their base. So far so good. That spirit was then shipped to Lost Spirits Distillery in Los Angeles. There it received treatment in the THEA One Reactor (Targeted Hyper-Esterification Aging). Within six days it had the same chemical fingerprint as a 15-year-old whisky.

How does it work?

Now that’s incredibly remarkable. And hard to believe too. How does it work? Okay, in a nutshell then. It’s all about the esters, or flavour compounds, and creating as much of them in a very short amount of time. This is how Lost Spirits Distillery explains it:

The technology works by exposing oak to high intensity light and heat while suspended in a glass tube filled with unaged or young distilled spirit. The combination of specific wavelengths of light and heat has been proven to trigger the same chemical reactions that happen in casks aged for many years.

Chemistry buffs will enjoy trying to figure out how it all works. Creator and inventor Bryan Davis of Lost Spirits Distillery can talk about his technology and chemistry for hours. When I talked to him a few months ago for an article in a Dutch magazine, I found his story both inspiring and mind-boggling. Certainly hard to grasp for someone without any understanding of chemistry, like myself.

The THEA One Reactor has actually been around for some time now. I believe since 2015 even. It hasn’t gone unnoticed. Matt Pietrek over at Cocktail Wonk has written extensively about Lost Spirits Distillery, as have other more mainstream media. But up until now Lost Spirits Distillery did remain somewhat under the radar. Specifically amongst whisky enthusiasts.

Jim Murray has changed all that with the reviews in his Whisky Bible. It doesn’t matter if you like what he does, or if you are a critic: once again his influence has been proven. His reviews and the subsequent press release from Lost Spirits Distillery has sparked many a debate on social media. Not surprisingly, there are a lot of skeptics. Some even dismiss Lost Spirits Distillery and the Abomination whiskies.

I think part of the criticism stems from one big misconception. Lots of people read about Lost Spirits Distillery and think: ‘Okay, these people are trying to cut corners and make a quick buck.’ I don’t believe that’s fair. At all.

If anyone is working with unrelenting passion, it is Bryan Davis. He is extremely dedicated and works incredibly hard. He has to make a living, of course. But that’s not the reason he is doing this. This is a man who moved to Spain in his mid-twenties to start an absinthe distillery, only because at the time he wasn’t allowed to produce absinthe in the United States.

This is also a man who built his own distillery from scratch when he returned from Spain, putting his art degree and sculpting skills to good use. He had no choice but to do it himself, because he and his partner had no money to buy equipment. The market for absinthe had collapsed and they had sold their Spanish distillery at a loss. That’s passion and dedication.

Think of all the craft distilleries that are popping up left and right in both the United States and the rest of the world. Lost Spirits Distillery is a craft distillery, plain and simple. With a very committed owner at the helm. You’d be hard-pressed to find anyone more devoted.

Bryan Davis just happens to also be an extreme innovator. And innovators are almost always met with skepticism. Think of the last big innovation in distilling: that’s probably the continuous still, right? A new way of creating distilled spirits that at first was met with a lot of hesitation and reluctance. For example, the unwillingness of the Irish to adopt the art of blending grain whisky with pot still distilled whisky, is partly what caused the downfall of their whiskey industry.

Robert Stein, Aeneas Coffey, Bryan Davis? It is too early to put Davis at the same level of those legendary innovators. The technology needs to be perfected. Davis is probably the first to say that there is still so much progress to be made. But the time might come that he is mentioned in the same breath. I don’t think that is too far-fetched.

The proof of the pudding is in the eating. Just to reiterate: to produce these Abominations, Lost Spirits Distillery used very young spirit (12 to 18 months) from an Islay distillery. Therefor it is safe to say that the quality of that spirit is pretty good. As Bryan Davis told me: a shit spirit can’t be transformed into a great whisky by this technology.

Both whiskies were treated in the THEA One Reacter with Late Harvest Riesling wood. Another twist by Davis, as Riesling usually doesn’t mature in wood. The ex-Riesling wood was specifically created by Davis for his experiment. The difference between the two whiskies? The staves used for The Crying of the Puma were toasted, while the staves for The Sayers of the Law were charred.

Nose: Notes of young vegetal peat and sauerkraut, which reminds me of Ledaig. There’s also plenty of sultanas and caramel, and treacle too. Quite enjoyable.
Taste: Salty seaweed and plenty of iodine, as well as a big hit of peat. Lots of brine, also ash and espresso. Finally some baking spices and almond paste.
Finish: Iodine, salt and peat. Lingers for a long time.

It doesn’t achieve the same balance, but it certainly has a comparable profile. Whatever you’re feelings are regarding the productions process, that is a remarkable achievement by Bryan Davis. 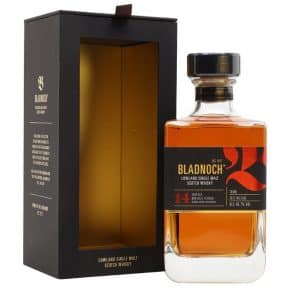