Honestly, Springbank has the perfect level of peat for me, much like Benromach chooses a subtle peat influence, and you could even add Bowmore to that list (especially compared to most of its Islay neighbours). So Longrow, the heavily peated/double distilled brand produced by Springbank, is not something I often pick out for myself.

However, lines seem to sometimes blur at Springbank. Hazelburn, their unpeated/triple distilled brand, often has some remnants of peat smoke in there, while I’ve also heard of Longrow releases that are more along the lines of Springbank. So I guess it’s worth taking a punt every now and again.

Maybe a little more often than I’ve done so far, as this is only the second ever Longrow reviewed on Words of Whisky. It’s a good one though, bottled for the Campbeltown Malts Festival 2019: a Longrow 2004 15 Years Old that has fully matured in ex-rum casks.

Now I don’t know the type of rum, and I’m not enough of a rum connaisseur to take a guess, but it would be interesting to know these kinds of things. Maybe follow Glen Moray’s lead, as they recently released a new rum-finished whisky that did provide that type of information.

Nose: Interesting rum influence here, quite pronounced and even somewhat funky, but with sweet tropical fruits as well, followed by pickled lemon peel, brown sugar and a touch of star anise. Hints of sour beer too, and hops. Very different.
Taste: Creamy mouthfeel with a more pronounced Longrow influence than the nose displayed. Peated barley, honey, a pinch of salt and a whiff of wet pebbles. A hint of charcoal, as well as a touch of lemon.
Finish: Lingering. More of the above.

The nose is fun an playful because of the full rum cask maturation, but the palate is more straightforward Longrow, which is a winning combination. 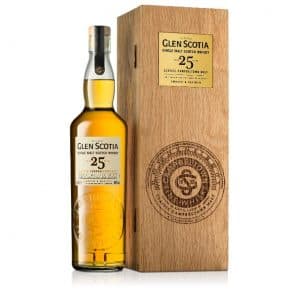